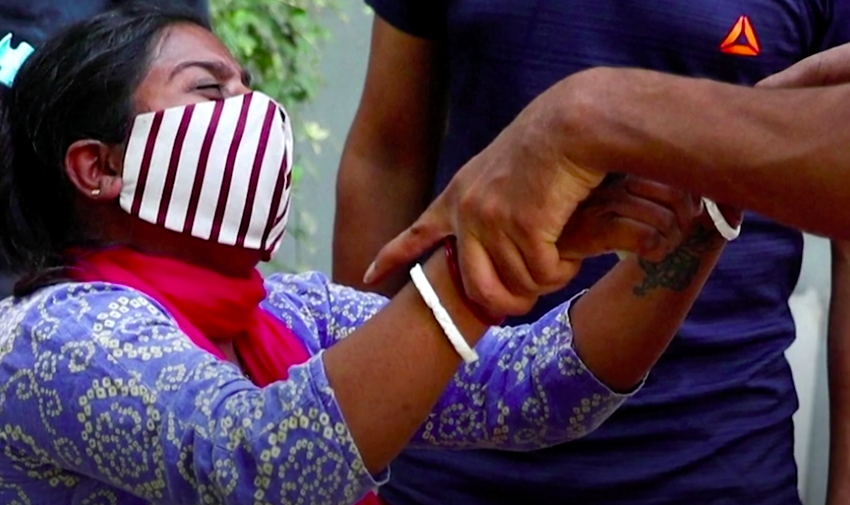 India’s total COVID-19 cases passed 18 million on Thursday after another world record number of daily infections, as gravediggers worked around the clock to bury victims and hundreds more were cremated in makeshift pyres in parks and parking lots.

India reported 379,257 new infections and 3,645 new deaths on Thursday, health ministry data showed,the highest number of fatalities in a single day since the start of the pandemic.

The world’s second most populous nation is in deep crisis, with hospitals and morgues overwhelmed.

Mumbai gravedigger Sayyed Munir Kamruddin, 52, said he and his colleagues were working non-stop to bury victims.

“I’m not scared of COVID, I’ve worked with courage. It’s all about courage, not about fear,” he said. “This is our only job. Getting the body, removing it from the ambulance, and then burying it.” read more

“The ferocity of the second wave took everyone by surprise,” K. VijayRaghavan, principal scientific adviser to the government, was quoted as saying in the Indian Express newspaper.

“While we were all aware of second waves in other countries, we had vaccines at hand, and no indications from modelling exercises suggested the scale of the surge.”

India’s military has begun moving key supplies, such as oxygen, across the nation and will open its healthcare facilities to civilians.

Hotels and railway coaches have been converted into critical care facilities to make up for the shortage of hospital beds.

India’s best hope is to vaccinate its vast population, experts say, and on Wednesday it opened registration for all above the age of 18 to receive shots from Saturday.

But although it is the world’s biggest producer of vaccines, India does not have the stocks for the estimated 800 million now eligible.

The new outbreak in India is so severe that hospitals are running out of oxygen and beds, and many people who have been taken ill are being turned away.

Reports have emerged of hospitals asking patients to arrange for their own cylinders and of people dying even after being admitted due to low oxygen supplies.

Social media platforms have been filled with posts by desperate families hunting for cylinders and refills.

Meanwhile, there is a growing black market for cylinders and concentrators sold far above their usual retail prices.

The shortages have sparked outrage and frustration in New Delhi.

“The government did not plan in time,” sales executive Prabhat Kumar told AFP.

“Had it been prepared, we would not have to suffer like this for beds and oxygen.”

Fuelling the catastrophe was a series of crowded events, like mass rallies by politicians such as Prime Minister Narendra Modi, religious holidays and pilgrimages on the Ganges river.

Now India is enduring its darkest chapter yet, with mass funeral pyres, burials and a collapse of the healthcare system compounded by shortages of oxygen, ventilators and hospital beds.

India’s coronavirus struggle will have global implications, as well as economic implications on the nation.

An unprecedented rise in Covid-19 cases is likely to slow down India’s economic recovery, but the overall impact will be milder in comparison to last year’s devastation. Experts say that extent of economic loss during the second wave will primarily depend on how fast the chain of infections can be broken.

The more the virus spreads, the more chances it has to mutate and create variants that could eventually resist current vaccines, threatening to undermine other countries’ progress in containing the pandemic, experts warn.
“If we don’t help in India, I worry about an explosion of cases” around the world, said Dr. Ashish Jha, dean of the Brown University School of Public Health. That’s why India’s Covid outbreak is a global problem that needs a coordinated response.
Some countries are already scrambling to send supplies.
US oxygen concentrators — medical devices that compress oxygen from the air — arrived earlier this week, and on Wednesday the UK, Italy and Germany committed more medical equipment, as Russian planes took off from Zhukovsky for Delhi carrying medicine, monitors and ventilators.
While the immediate priority is saving the lives of those already sick, vaccinating the country is considered crucial to stop the virus from spreading. But, despite being home to the world’s biggest vaccine producer, India doesn’t have enough doses, and there’s no fast and simple way to make more.
Western countries have been criticized for vaccine stockpiling, but on Wednesday, British Health Secretary Matt Hancock said the UK didn’t have any spare vaccines to send.
US President Joe Biden said on Tuesday he had spoken with Indian Prime Minister Narendra Modi and confirmed the US intends to send coronavirus vaccines to India. Earlier in the week, the US said it would share 60 million AstraZeneca doses with other countries, but didn’t specify which nations or when. Delivering them could take months, the White House warned.
Therefore, although the international response has been slow, as the implications of the crisis in India become increasingly evident, global aid is increasing, and there is hope that the trend can eventually be reversed.
Tags: Covid Covid-19 India 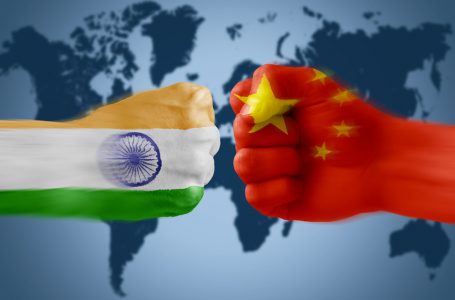 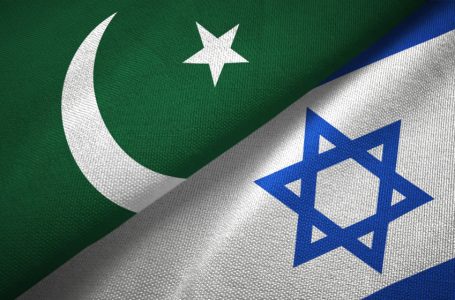 After years of reluctance, India has forced...