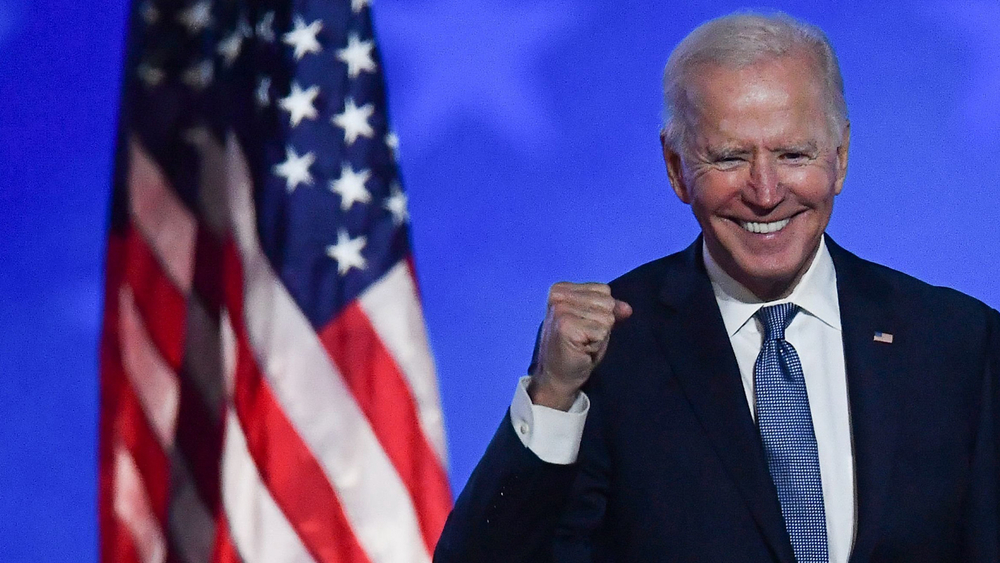 How will US policy to the Middle East change under Biden?

It is now all but official. Joe Biden will become the 46th president of the United States. The soon-to-be commander-in-chief never left any doubt about his plans to bring about a paradigm shift in policy, domestically, as well as on the international stage: A goodbye to President Donald Trump’s “America First”, that, according to Biden, “has made America alone”, and a hello to multilateralism and pushing respect for normative values.

Many European governments hope that with Joe Biden as president the United States would re-embrace the transatlantic relationship in pursuit of common interests. But what would such a shift mean for US policy towards the Middle East and North Africa and associated European interests? This is a region where a potential Biden administration is expected to both refocus US policy on issues such as Iran and push for respect of normative values across the region. But he is also likely to want to lower the level of US engagement.

Biden is expected to continue the US’s withdrawal from the region, even more so since championing a return to a more conventional foreign policy that is likely to play second fiddle to domestic emergencies such as the coronavirus pandemic and an American economy on its knees. Nonetheless, Biden will make his presence felt in the Middle East.

Biden’s team has outlined support for a diplomatic approach to de-escalate tensions between Iran and the GCC states. His election could create momentum to pursue a regional security dialogue, including Saudi-Iran talks, something that the Europeans have long supported, particularly as it relates to Yemen and Iraq. European states should quickly look to forge a shared understanding with a Biden administration to advance this process.

US and European efforts will need to secure buy-in from regional states traditionally opposed to diplomacy with Iran, especially Saudi Arabia and the United Arab Emirates (UAE). From the perspective of these countries, this will require keeping Riyadh and Abu Dhabi informed about new nuclear talks, but also consolidating the message that diplomacy with Tehran will strengthen rather than undermine their wider security interests.

When it comes to Israel-Palestine, most European governments will greet a Biden administration with a deep sigh of relief. Even if few expect Biden to prioritise the issue, there is hope that he will at least row back the most negative consequences of the Trump era, such as by renewing US aid to the Palestinians, re-opening the Palestinian mission in Washington, and returning to traditional two-state positions – all of which the EU sees as requisites for any diplomatic track.

Syria and the Levant were remarkably absent from the US presidential campaign, despite the presence of US troops on the ground. Biden’s team has said little on the issue other than that he will not withdraw from Syria. Biden appears likely to largely maintain a similar approach to Trump: keeping a small military presence in north-eastern Syria (albeit with greater support for the Kurdish-dominated SDF forces, which Trump largely abandoned); supporting the UN political process; and maintaining sanctions on Syria.

In terms of US relations in North Africa, a Biden presidency is likely to usher in most change in relations with Egypt. Trump has been largely supportive of President Abdel Fattah al-Sisi, who he notoriously called “my favourite dictator”. Biden and his advisers have strongly criticised Egypt’s human rights violations and will be encouraged to take a tougher line by a growing sense in Democrat foreign policy circles that Egypt is decreasingly important as a US partner.

Ultimately, the greatest effect of a Biden presidency would likely be on the many states intervening in Libya. Biden’s team has intimated that they will have shorter shrift for Egyptian, Turkish, and Emirati unilateralism, humanitarian violations and general spoiling of UN and US positions in the region.

It is clear that although Biden will follow some of the geopolitical trends that Trump has set, he will change a lot of the US’s policies in the Middle East. The next section will focus on US relations with Turkey.

Will the US be more aggressive with Turkey?

As such, Trump pursued a balanced relationship with Turkey, reversed his predecessor’s rapprochement with Iran and formed an alliance with select Gulf states around a glowing orb. He also encouraged inexperienced and ambitious players, such as Saudi Arabia’s Mohammad bin Salman and Mohammad bin Zayed of the United Arab Emirates (UAE), and supported an anti-Turkish regional coalition in the Eastern Mediterranean.

Whether or not the Biden foreign policy will be notably different from Trump remains to be seen. One way or another, any policy changes regarding the above-mentioned issues will make an impact on Turkey-U.S. relations. To assess the potential scope of change, it is necessary to analyze the state of bilateral relations under Trump.

Turkey’s relationship with the United States has been going through a difficult period. The alliance suffered setbacks during President Barack Obama’s second term due to the gap between Turkish interests in Syria and Washington’s policy, the U.S. support for the PKK terrorist organization and Washington’s tacit support of the July 15, 2016 coup attempt through the harboring of its mastermind.

Just a couple of weeks before president-elect Joe Biden’s victory in the US election, President Recep Tayyip Erdogan was giving a party rally of his own in southeast Turkey, delivering a defiant message to the United States.

“You don’t know who you’re dealing with,” said Erdogan to his NATO ally.

“Impose your sanctions already, whatever they may be,” he added, referring to US threats over Turkey’s purchase of a controversial Russian missile system.

The comments were perhaps also directed at Biden. As one senior Turkish government official told Al Jazeera on condition of anonymity: “People here are not overwhelmed with the prospect [of a Biden presidency]”. While President Donald Trump may have alienated some on the world stage, his relations with Turkey have generally been good. As he himself said in a television interview over the summer, “I get on very well with Erdogan.”

Erdogan, along with the leaders of Russia, Israel, Iran, Hungary, Saudi Arabia and China, offered no initial congratulations to the president-elect. The Turkish leader, who enjoyed exceptionally warm ties to the White House under Trump, was among those who stayed mum. The only official response from Turkey was from main opposition leader who congratulated the incoming US president and vice president on their electoral victory.

As U.S. President Donald Trump urged his followers to disrupt the counting of ballots, he provoked laughter from the leaders of countries to which the United States had long preached democracy. Iran’s supreme leader, Ayatollah Ali Khamenei, tweeted, “What a spectacle! One says this is the most fraudulent election in US history. Who says that? The president who is currently in office. His rival says Trump intends to rig the election! This is how #USElections & US democracy are.”

Trump walked out of the U.S.-Iran nuclear deal in May 2018 and reimposed debilitating sanctions on the country. This “maximum pressure” policy punished the Iranian regime, but, as is often the case, it mostly hurt the Iranian people. The resulting absence of popular goodwill explains why Iranian Twitter so vociferously exploded with mockery at Trump’s post-election press conferences disputing the results; one Iranian said their own regime could never match the U.S. president’s success at undermining democracy on live television.

Biden has promised to “change course” but the path forward remains unclear and complicated.

For one, the president-elect, who was vice president when the nuclear deal that is formally known as the Joint Comprehensive Plan of Action (JCPOA) was struck, has said the US will rejoin the accord “as a starting point for follow-on negotiations” if Iran returns to compliance with it. Iran, on the other hand, has said the US must first “return to law and international commitments” before any further steps can be taken, that it would return to full compliance with the deal after the US does the same.

Against this background, Henry Rome, senior Iran analyst at the US-based political risk consultancy firm Eurasia Group, expects both Iran and the US to proceed cautiously in the early months of a Biden presidency.

“Biden will face a slew of more pressing priorities and Tehran will be cautious to appear over-eager to negotiate and give away leverage before the June presidential election,” he told Al Jazeera.

Iranians are cautiously anxious about Biden’s plans for the region. But they may have to be patient. The president-elect’s most clearly stated priorities, the coronavirus pandemic and China’s rise, have little to do with the Middle East.