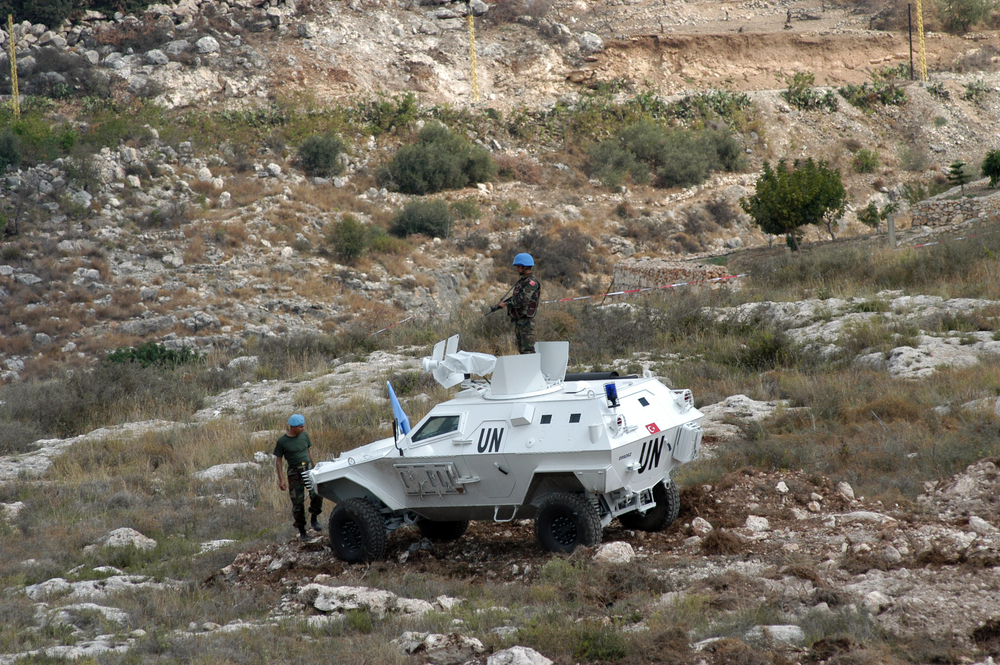 Israel and Lebanon agree to talks

Lebanon and Israel have agreed to a framework for the United States-mediated talks aimed at ending a long-running dispute over borders that have been the front line of several conflicts.

Lebanon and Israel, still in a formal state of war, have contested their land and maritime borders for decades, including an area on the edge of three Lebanese offshore energy blocks.

While there is no agreed land border between them, they are committed to a ceasefire along the so-called Blue Line.
The boundary was drawn up by the UN after Israeli forces withdrew from southern Lebanon in 2000, ending 22 years of occupation.
It is one of the region’s tensest frontiers, where Israel forces face those of the Lebanese army and the Shia militant group, Hezbollah, and peacekeepers from the UN Interim Force In Lebanon (Unifil) attempt to maintain calm.

On Thursday, Lebanese Parliament Speaker Nabih Berri said the framework for talks had been agreed.

“This is a framework agreement and not a final one,” Berri told a news conference.

The US welcomed what it called a “historic agreement” following almost three years of mediation.
“This offers the potential for greater stability, security, and prosperity for citizens in both nations,” Secretary of State Mike Pompeo tweeted. Lebanon and Israel have declared overlapping boundaries in the eastern Mediterranean Sea, and a resolution of the dispute would allow them to exploit offshore natural gas fields.

Lebanon’s change of tack has come when the country is facing a crippling crisis as its economy has been crushed under a mountain of debt. The crisis was compounded by a massive port explosion that ruined a swathe of Beirut on August 4.

The issue of the maritime border is particularly sensitive due to the possible presence of hydrocarbons in the Mediterranean.

In February 2018, Lebanon signed its first contract for offshore drilling in two blocks in the Mediterranean for oil and gas with a consortium comprising energy giants Total, ENI and Novatek.

The US and UN set to mediate

Negotiations are due to start in about two weeks, and Steinitz is expected to attend some of the sessions, according to an Israeli official who spoke on condition of anonymity. The meetings will be held at a UN headquarters in a southern Lebanese village that hosts tripartite talks on a regular basis.

Efforts to bring the sides together for border negotiations had dragged out for 10 years. Lebanese House Speaker Berri, a close ally of Lebanon’s Iran-backed Hezbollah group, denied his country’s agreement to take part was related to the recent normalization pacts between Israel and two Gulf Arab states or U.S. sanctions against Lebanese officials.

“The agreement took place on July 7, 2020, and this was before the sanctions were announced,” he said.

There have also been confirmations that the US will also mediate the talks. Israeli Energy Minister Yuval Steinitz confirmed on Thursday that Israel and Lebanon will hold U.S.-mediated talks to end the long-running maritime border dispute.

The US’s mediation could raise some eyebrows and not be a good sign for the talks, as the US clearly favours Israel’s interests in its foreign policy. This could bring unfavourable results for Lebanon in the talks.

In a statement, Steinitz said the talks are expected to take place after the Jewish holiday of Sukkot, which ends on Oct. 9.

Israel and Lebanon have had rocky relations in recent months, especially when it comes to Hezbollah. Most recently, Israeli Prime Minister Benjamin Netanyahu accused the Lebanese militant group Hezbollah of maintaining a “secret arms depot” in a residential neighbourhood of Beirut, warning it could cause another tragic explosion in the Lebanese capital.

In an address to the UN General Assembly on Tuesday, Netanyahu showed maps purportedly showing the missile depot’s location next to a gas station and residential housing. He also showed what he said was a picture of the entrance to the depot.
“Here’s where the next explosion will take place, right here,” he said.

Addressing the Lebanese people, he said: “You’ve got to act now, you’ve got to protest this because if this thing explodes, it’s another tragedy. … You should tell them, ‘Tear these depots down.’”

Hezbollah officials hosted a tour of a Beirut industrial site in an attempt to dispel Israeli allegations that the Iran-backed Shiite Muslim movement hosted weapons there, but the Israeli military rejected the walkthrough as a publicity stunt.

Responding quickly after Israeli Prime Minister Benjamin Netanyahu exhibited a map of alleged precision-guided missile storage and manufacturing sites in the Jnah, Laylaki and Choueifat areas of southern Beirut at a virtual United Nations General Assembly event Tuesday, Hezbollah Secretary-General Hassan Nasrallah invited members of the media to see the locations for themselves, claiming no such weapons existed there.

“We will allow the media to enter at ten in the evening the facility that Netanyahu spoke about so that the world would discover his lie,” Nasrallah said during a previously-planned, televised speech.

This hostility between Israel and Hezbollah could be a major obstacle to productive talks as Hezbollah still maintains a big influence on the Lebanese government.