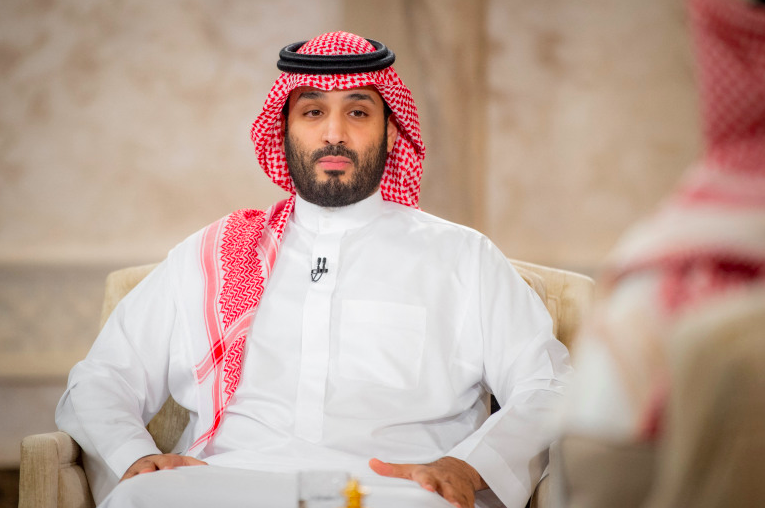 The two countries, locked in a fierce struggle for regional dominance, cut ties in 2016 after Iranian protesters attacked Saudi diplomatic missions following the kingdom’s execution of a revered Shia cleric.

“Iran is a neighbouring country, and all we aspire for is a good and special relationship with Iran,” Saudi Crown Prince Mohammed bin Salman (MBS) said in a television interview broadcast with the Middle East Broadcasting Center late Tuesday.

“We do not want Iran’s situation to be difficult. On the contrary, we want Iran to grow … and to push the region and the world towards prosperity.”

MBS added that Riyadh was working with regional and global partners to find solutions to Tehran’s “negative behaviour”, mentioning Tehran’s nuclear and programmes and support for proxies around the Middle East.

“We hope to overcome them and build a good and positive relationship with Iran that would benefit everyone,” Prince Mohammed said during the interview that lasted 90 minutes.

He added that Riyadh was working with regional and global partners to find solutions to Tehran’s “negative behaviour.”

That marks a change in tone compared to Prince Mohammed’s previous interviews, in which he lashed out at Tehran, accusing it of fuelling regional insecurity.

The prince did not mention any negotiations with Tehran. Nevertheless his positive tone on Iran is a very positive sign signaling the possibility of reconciliation.

One of the main topics discussed in the interview, was Bin Salman’s vision 2030. Under the Vision 2030 plan, Prince Mohammed has brought in several multibillion-dollar projects to put Saudi Arabia on the map for innovation, tech and youth-driven initiatives.

“We have big opportunities in front of us in different sectors and we have to exploit them to continue to grow and prosper,” he said on the Liwan Al Mudaifer Show.

The crown prince’s opening remarks addressed the urgency for the kingdom to diversify away from oil revenue dependency, while also describing how crucial Saudi Arabia’s oil reserves are for the next stage of Vision 2030.

“If we look back, oil has helped develop our country for centuries so we’ve always had that impression to depend on oil,” Prince Mohammed said.

“But the increase in population will not be able to depend on oil production, at the rate we are going.”

Saudi Arabia’s non-oil revenues have increased more than 200 per cent since the start of the Vision 2030 plan.

“Oil is still the main source of income for the state,” Prince Mohammed said. “My intention is to make sure that the country is secure, safe and has a better future to look forward to.”

He gave some earlier indication of what the kingdom’s next plans are when he said at the end of March that Saudi energy giant Aramco would be investing 5 trillion riyals, or about $1.3tn, in the private sector by 2030.

But already, the strategy is paying dividends.

“We have solved many issues in the economic sector, including the housing sector, within the last five years since launching Vision 2030,” Prince Mohammed said.

“The percentage of people owning houses before Vision 2030 was only 47 per cent. Now it has increased to 60 per cent.

“Unemployment has decreased. Before Vision 2030 it was 14 per cent and now it’s gone down to 11 per cent this year.”

He also highlighted some of the less well known – but still vital – aspects of the national strategy, including access to finance for private and business loans.

“The public is able to attain grants and loans from banks much more easily and faster than before,” Prince Mohammed said.

“It used to take them years to get a loan from the bank.”

Five years on, in a review of Vision 2030’s results, Saudi Arabia’s Council of Economic and Development Affairs highlighted on Tuesday the achievements covering the three major themes of “vibrant society,” “prosperous economy” and “ambitious nation.”

The council noted that access to emergency health services within 4 hours has improved from 36 percent when Vision 2030 was first inaugurated to 87 percent today. Better road management and enforcement has seen annual traffic accident fatalities fall to 13.5 deaths per 100,000, down from 28.8 when the reforms began.

The number of people participating in sports activities at least once a week has risen from 13 percent prior to the reforms to 19 percent in 2020.

Therefore there are some visible signs of progress to support Bin Salman’s claims.

In relation to reconciliation with Iran, Saudi Arabia has entered into peace negotiations in Yemen.

Iran’s foreign minister met the Yemeni rebel spokesman in Oman on Wednesday, reiterating Tehran’s support for a ceasefire and a return to talks to end the country’s long conflict.

At the talks with Huthi spokesman Mohammed Abdul Salam, Zarif “once again stressed our country’s view regarding the political solution being the only solution to the crisis of Yemen”, the Iranian foreign ministry said in a statement.

The foreign minister “emphasised our country’s support for a ceasefire and Yemeni-Yemeni talks”, it added.

Abdul Salam and other leaders of the Iranian-backed rebel movement live in exile in Muscat.

Several meetings have taken place in past years between Iran’s chief diplomat and the Huthi spokesman in the Omani capital.

The war in Yemen, in which tens of thousands of people have been killed since the conflict erupted in 2014, has flared anew in the past two months with a rebel campaign to seize Marib city, the government’s last stronghold in the north.

Saudi Arabia has proposed a “comprehensive” ceasefire and a return to the negotiating table, a proposal that the Huthis immediately rejected, saying a blockade on the country must first be lifted.

Riyadh accuses its arch-foe Iran of supporting the rebels with weapons and missiles and helping them build drones used to attack the kingdom.

Tehran denies the allegations and says its support for the Huthis is solely political.