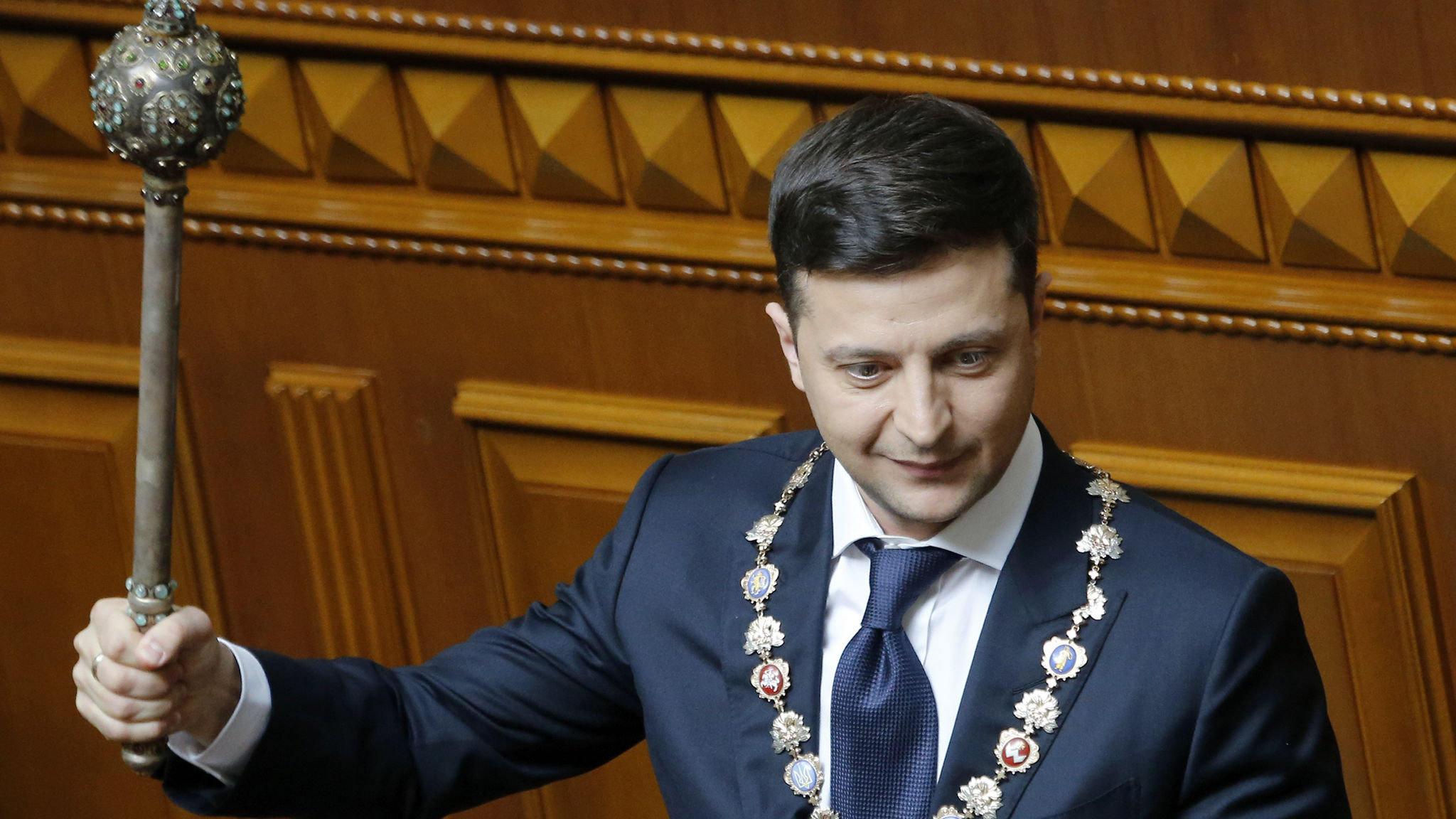 Ukrainian new President Volodymyr Zelenskiy holds a mace, the Ukrainian symbol of power, during his inauguration ceremony in Kiev, Ukraine, Monday, May 20, 2019.

Ukrainian new President Volodymyr Zelenskiy holds a mace, the Ukrainian symbol of power, during his inauguration ceremony in Kiev, Ukraine, Monday, May 20, 2019.

After winning the election in April and thus being nominated as President; Volodomir Zelensky decided to dissolve the parliament and to call for an election, on the 21st of July. His party, Servant of the People, is set to win. On the 23rd of July, 94% of the vote was counted and the party had won 43.1% of the vote. The party would win 253 out of 424 contested seats. The parliament holds 450 seats but those belonging to Crimea and the Donbas were not included in the election.

This article is asking the following question: will the arrival of a new leader without political experience and strong backing by the parliament bring redemption or damnation to Ukraine?

Volodomir Zelensky and his political party’s member have no ties with former governments, which in a country that has known a lot of corruption, is seen as good news. He has, indeed, made the fight against corruption one of the major elements of its campaign, together with ending the war. Furthermore, he has worked on his image to appear as being close to the people. He has made himself known by playing the role of school teacher catapulted president, in a television comedy. This is giving him more genuineness in his quest as his show clearly demonstrate his dislike for the “old corrupted elites”.

This newcomer position made him and his party very suitable to fight corruption as they have no ties with previous regimes. The connection, he has created with the electors through his show denouncing corruption, strengthen this position. Additionally, these reforms would also be made easier to pursue thanks to a strong parliament backing.

The policies that will be implemented by the president are also unknown. Indeed, Volodomir Zelensky has shied away from any journalistic debate. Instead, he has managed his campaign through public appearances resembling stand up comedy and through a strong social media presence. Thus, avoiding to formulate real strategies and program.

The only two goals that have been made clear are to end corruption and war. The entourage chosen by the president is mostly made of economists and no foreign policy experts making the second goal harder to reach.

Volodomir Zelensky will have to prove that he is more than your usual populist outsider leader. Like a lot of politicians associated with the populist category, he is skilled at presenting himself as a brand. Having a great image and popularity never hurt but it is not enough to be a great leader. These elements have to be supported by a clear program and a team able to implement this program.

Sadly, Ukraine will have to to discover the president’s program on the go. And unlike a TV show, the consequences – good and bad- will be real.