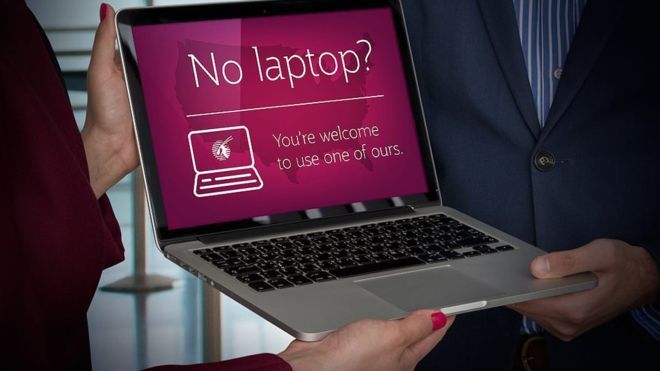 (DW) — The US Department of Homeland Security insisted on Tuesday the restriction on laptops and other larger electronics items from European airports could still be imposed “if the intelligence and threat level warrant it.”

Secretary of Homeland Security John Kelly told European Union officials earlier that an extension was “still on the table,” due to fears that terrorists can now conceal bombs in electronic devices which can not always be detected by security scanners.

European sources had indicated that the US had decided against expanding the ban after Kelly’s phone conversation with officials in Brussels.

In March, the US prevented flights departing from 10 airports in eight Middle Eastern countries from allowing laptops, tablets and e-book readers in hand luggage. The ban affects around 350 flights a week.

EU officials had been alarmed by talk earlier this month that Washington was planning to extend the ban to Europeand possibly even all international flights to US airports.

The countries currently affected by the US ban are: Turkey, Morocco, Jordan, Egypt, the United Arab Emirates, Qatar, Saudi Arabia and Kuwait.

Britain quickly followed suit with restrictions on a slightly different set of routes.

The decision followed inteligence that the self-proclaimed “Islamic State” group had distributed a video showing how to hide a bomb in a laptop.

The extension to Europe would have impacted an additional 400 flights a day, and potentially affected 30 million travelers.

Travel agents estimated that over the summer high travel season, more than 3,250 flights could have faced the ban.

One major issue that has arisen since the restriction was imposed is the potential safety implications of storing large numbers of laptop batteries in the cargo holds of airliners.

While governments and airlines have discussed alternative solutions to the laptop ban extension, no decisions have yet been made.