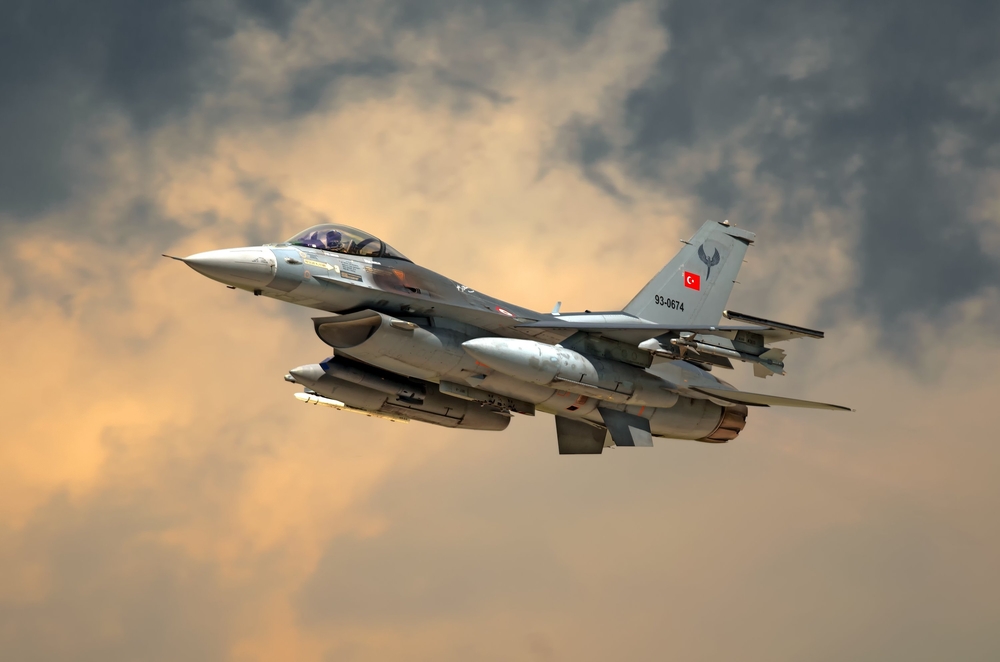 The Iraqi government is fuming with Turkey’s latest activity in Northern Iraq. Iraq cancelled a ministerial visit and summoned Turkey’s ambassador on Wednesday as it blamed Ankara for a drone attack that killed two high-ranking Iraqi military officers.  Iraqi officials called the attack a “blatant Turkish drone attack” in the autonomous Kurdish region in northern Iraq, where Turkey’s military has for weeks raided positions of fighters it considers “terrorists”.

Two border guard battalion commanders and the driver of their vehicle were killed, the army said in a statement, marking the first Iraqi troop deaths since Turkey launched the cross-border operation in mid-June against Kurdistan Workers’ Party (PKK) rebels. Iraq’s foreign ministry which had already summoned the Turkish envoy twice over the military action on its soil — said the ambassador would this time be given “a letter of protest with strong words” rejecting such aggression. The ministry also confirmed the Turkish defence minister would no longer be welcomed for a planned visit on Thursday.

Ihsan Chalabi, mayor of nearby Sidakan in the north of Erbil province, said the drone attack in the Pradost region targeted “Iraqi border guard commanders while they were in meetings with PKK fighters”. Witnesses reported clashes earlier in the day between PKK and Iraqi forces, and local sources said the drone attack targeted an emergency meeting called to try to calm the tension. The Iraqi presidency earlier denounced “a dangerous violation of Iraqi sovereignty” and called on Ankara to “stop all its military operations” in the region.

At least five civilians have been killed since the start of the Turkish campaign.
Ankara has announced the death of two of its soldiers, and the PKK and its allies have reported the deaths of 10 fighters and supporters. The PKK, which is blacklisted as a terrorist group by Ankara and its Western allies, has waged an insurgency against the Turkish state since 1984. It has long used the rugged terrain of northern Iraq as a rear base to wage attacks on Turkey, which in turn had set up military positions inside Iraqi territory to fight them.

Turkey has in the past months launched an operation to combat the PKK’s presence in Northern Iraq. PKK terrorists holed up in northern Iraq are known for planning cross-border terrorist attacks in Turkey. In its more than 30-year terror campaign against Turkey, the PKK listed as a terrorist organization by Turkey, the US, and the EU has been responsible for the deaths of over 40,000 people, including women, children, and infants.

Last week, Turkey launched airstrikes near the town of Mawat today. Nobody died, but farmland caught on fire as a result, the Kurdish news outlet in Iraq Rudaw reported. Turkey hit the same area Tuesday, Rudaw said. Mawat is located about 30 miles (50 kilometers) north of the city of Sulaimaniyah in the autonomous Kurdistan Region. It is close to the Iranian border. Several Iranian Kurdish groups operate in the Kurdistan Region near the border, including the PKK’s Iranian affiliate.

Turkey frequently strikes apparent PKK positions in the Kurdistan Region and other parts of Iraq, but began an expanded air and ground offensive against the group in June. Turkey’s airstrikes and other operations more often take place in Dahuk province of the Kurdistan Regional Government (KRG) near the Turkish border. They target mountainous areas populated by Kurds and Assyrian Christians where the PKK operates. The PKK also attacks Turkish forces there.

Turkey is taking its decades-old conflict with Kurdish militants deep into northern Iraq, establishing military bases and deploying armed military drones against the fighters in their mountain strongholds.

The cross-border campaign has attracted less attention than Turkey’s incursions into neighbouring Syria – partly because Turkish troops have long been in Iraq – but it is part of a strategy to push the fight beyond its borders after years of bloodshed at home. Turkey has been battling an insurgency in its mainly Kurdish southeast by Kurdistan Workers Party (PKK) militants that has killed 40,000 people since the 1980s and which has largely been directed from within Iraq. After the breakdown of peace efforts in 2015, heavy fighting erupted again in Turkey. Since then President Tayyip Erdogan’s government has sought to address what it says is the root of the crisis. “The new approach aims to destroy the threat from where it begins,” a Turkish official told Reuters.

It is clear that Turkey has a clear plan in order to neutralize the threat of the PKK, and the Iraqi government will not stop them in their tracks.

The latest operation in Iraq comes a year after Turkey’s operation in Syria with the same aim of neutralizing the threat of the PKK on its borders.

Last year, Turkey launched a military operation across its border in northeast Syria, securing control of a large swathe of territory in the region. Turkey said the offensive, which began on October 9, was aimed at removing Kurdish fighters, considered terrorists by Ankara, from the border region and establishing a “safe zone” to resettle some of the refugees in the country.

The operation received harsh international criticism from Turkey’s NATO allies as the Kurdish-led Syrian Democratic Forces (SDF) had been a loyal ally of the US-led coalition fighting against the Islamic State of Iraq and the Levant (ISIL or ISIS) and played a key role in defeating the group in Syria. The SDF is led by the Kurdish People’s Protection Units (YPG), which Ankara calls an extension of the Kurdistan Workers Party (PKK), an outlawed armed group that Turkey considers a terrorist organisation.

The deal began on Wednesday, October 23 0900GMT and elements of the deal are expected to be finalised in 150 hours. It involves the Russian military police and Syrian border guards entering the Syrian side of the Turkish-Syrian border outside the area of Operation Peace Spring in order to help facilitate the withdrawal of YPG/PKK terrorists and their weapons in Syria within a 30 km distance of the border.

On the day the operation began, US President Donald Trump sent his Turkish counterpart Recep Tayyip Erdogan an unconventional letter, advising him not to be “a tough guy” and to negotiate with the SDF instead of carrying out a military attack. In response, Turkish presidential sources said Erdogan thoroughly rejected the letter and put it in the bin. As the operation progressed, the Syrian government and allied Russian forces moved into the Kurdish-controlled areas where Turkish and aligned forces had not reached, on the invitation of the SDF to fend off a wider Turkish assault.

On Tuesday, October 22, 2019, Turkey and Russia reached a historic deal after Turkey’s President Recep Tayyip Erdogan met with his Russian counterpart Vladimir Putin. The deal began on Wednesday, October 23 0900GMT. It involves the Russian military police and Syrian border guards entering the Syrian side of the Turkish-Syrian border outside the area of Operation Peace Spring in order to help facilitate the withdrawal of YPG/PKK terrorists and their weapons in Syria within a 30 km distance of the border. The deal has been successful and the joint patrols are being carried out to this day.

It remains to be seen if Turkey launches a similar operation and safezone in Northern Iraq, but the latest events certainly point in that direction.