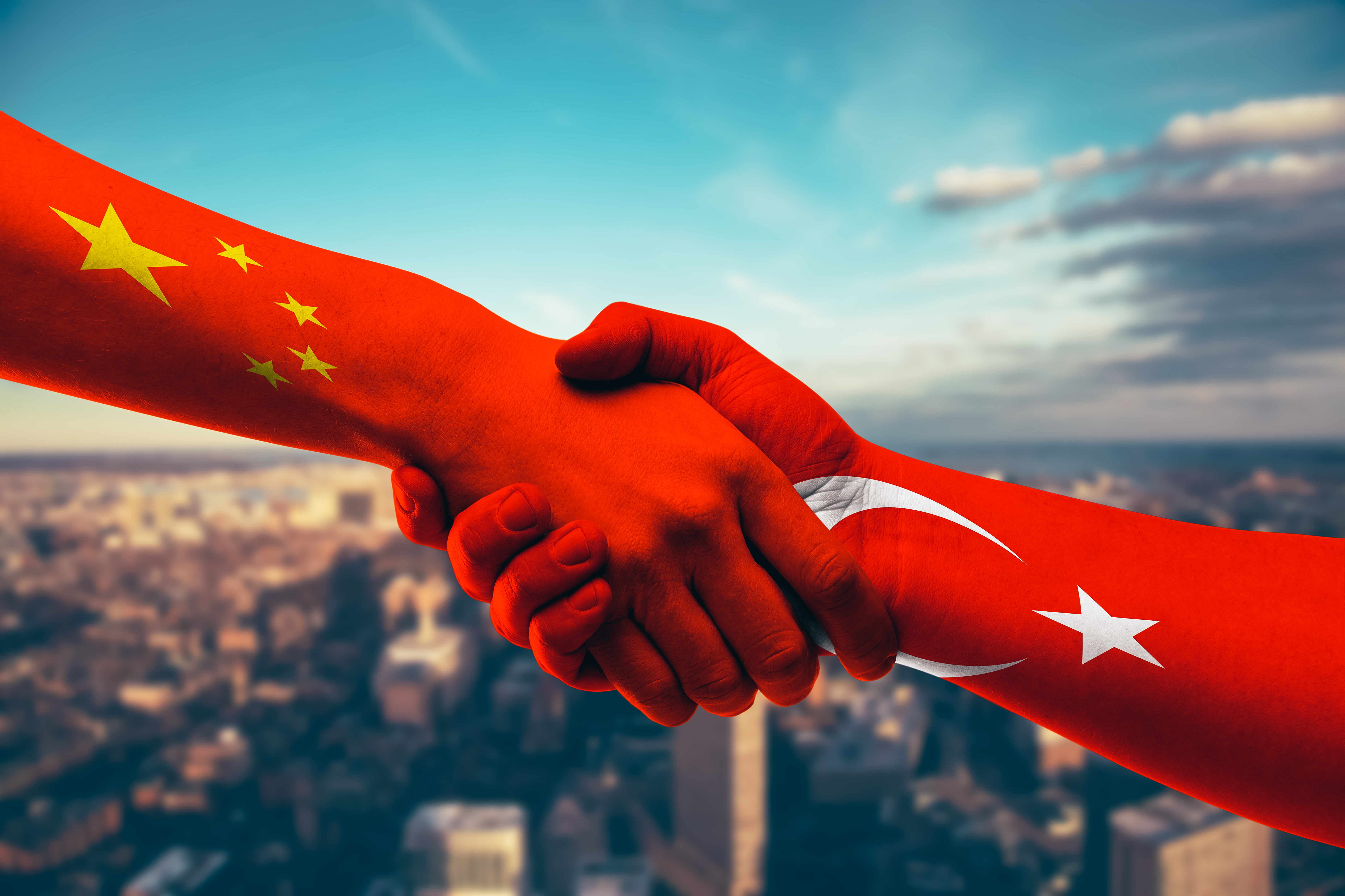 Turkey and China have a large trade cooperation that helps maintain the two countries’ relations, as Turkey exports Marble and travertine, chromium, copper, lead, among other raw materials to China while importing  automatic data processing machines, wireless telephone devices, toys, audio-visual devices and many more products from China. China is Turkey’s third trade partner globally, and first trade partner in East Asia, while China is Turkey’s 16th export partner and second import partner after the Russian Federation in 2018. This is the strong foundation and basis of the Turkey-China relationship, which is constantly growing. Turkey considers tourism as a potential area for further developing economic and cultural relations with the PRC. Chinese tourists, visiting Turkey in a steadily rising number since 2002, are strengthening ties between Turkish and Chinese people.

In early July, Turkish President Recep Tayyip Erdogan took a soft line on China’s mass detention centres in Xinjiang while in the Chinese capital Beijing, in a departure from the previous harsh criticisms made by his government. After meeting with Chinese President Xi Jinping, Erdogan said he believed it was possible to “find a solution to this issue that takes into consideration the sensitivities on both sides,” according to his communications director. Erdogan was in Beijing after visiting Osaka, Japan, for the G20 summit in late June. The Turkish leader said he had discussed the “Uyghur issue” with Xi, but cautioned that when the issue is “exploited” it reflects “poorly on the Turkish-Chinese relationship.” This is a clear indication that Turkey is choosing to push aside the Uighur issue in order to maintain their relationship with China, which it views as increasingly important, in light of strained US relations.

Despite Erdogan’s comments in early July, Turkey will send an observation team to China’s Xinjiang region, the Turkish foreign minister said on Tuesday after discussing the situation of Uyghur Turks with his Chinese counterpart, which shows that Erdogan is not completely ignoring the issue and trying to play a balancing game, to investigate the issue, while not rupturing relations with China.

4. The US brings China and Turkey together

Another factor that is bringing Ankara and Beijing closer together recently is the US and its increasingly strained relations with Turkey, who is a NATO member. Turkey’s expulsion from the F-35 fighter jet programme could drive the country into China’s arms, a development that may come with serious implications in the Middle East. Turkey is looking to improve bilateral relations at a time when China is suffering from a trade war with the United States and Ankara is embroiled in a dispute with Washington over its planned acquisition of Russian air defence missiles. Hence, increased trade relations with Turkey would also benefit China, who are feeling the effect of the trade war.

With the US straining relations with Turkey, and China involved in a trade war with the US, it appears that Turkey and China may be going in the direction of putting their differences aside, to fight the West’s influence. both countries are dissatisfied with the hegemony of the West in the international arena. For this reason, they are advocating a transition to a multilateral international system that places the UN at the centre and gives more freedom to non-Western countries. In this sense, the transformation of Turkish foreign policy and security strategy, which began after the attempted coup in 2016, most clearly manifests itself in relations with non-Western countries. If Turkey continues out this road, it could risk straining relations with the US and other Western nations, even putting its position in NATO at risk.