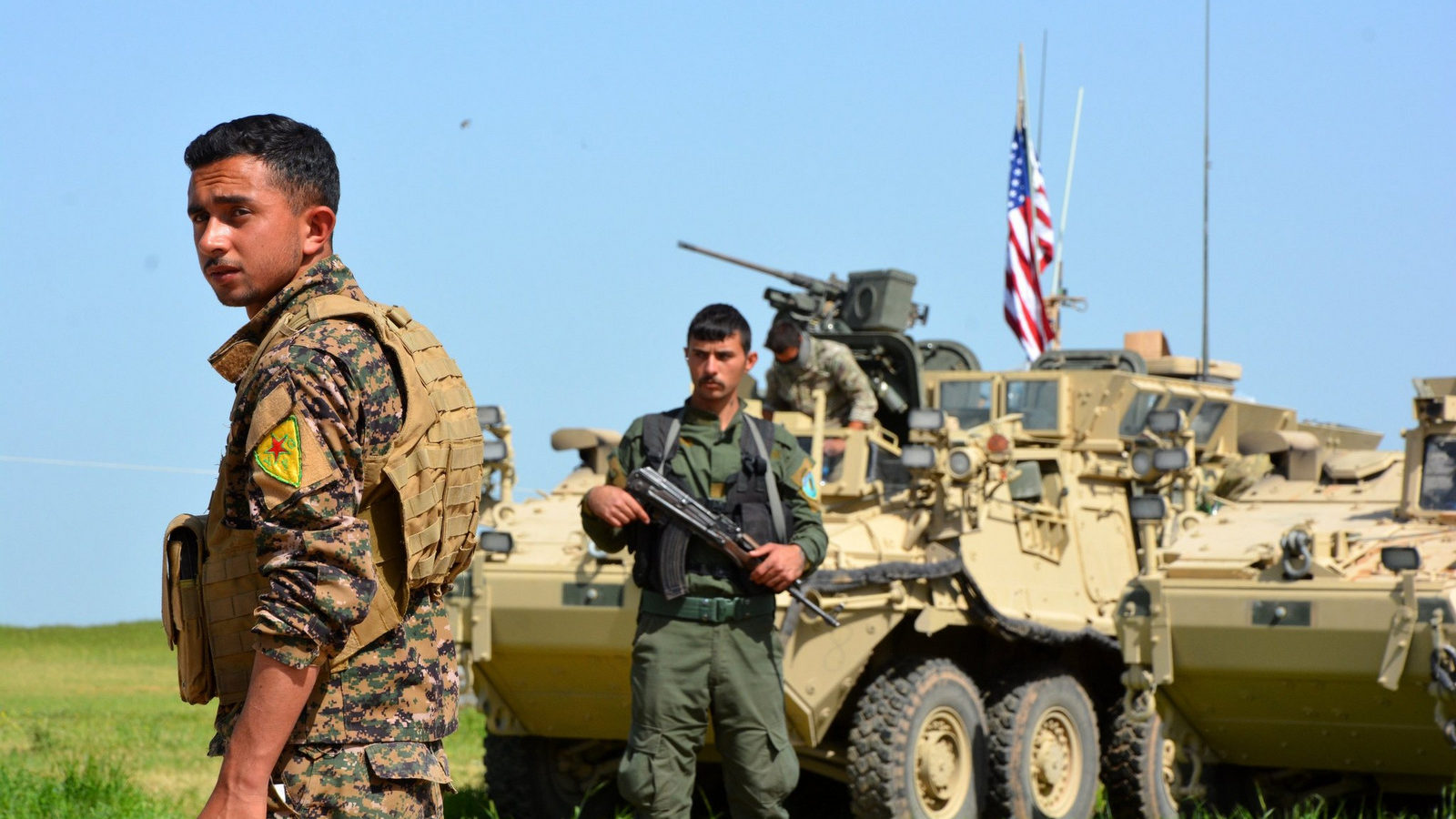 [vc_row][vc_column][vc_column_text]The Kurds have a long history of political marginalisation and persecution, and have repeatedly risen up, particularly in Iraq and Turkey, in pursuit of greater autonomy or complete independence. In this article we present you with five top facts about the Kurds to better help us understand their significance in the Middle East.[/vc_column_text][/vc_column][/vc_row][vc_row][vc_column][vc_toggle title=”Fact 1: The most populous Kurdish community is in Turkey – Est 14.3-20 Million”]In Turkey the Kurdish settlement area comprises the 23 vilayets (departments) of eastern and south-eastern Anatolia and the Kurdish districts of Sivas and Marash covering an area of about 230,000 square kilometers. The territory, which the Kurds call Northern Kurdistan (Kurdistana Bakur), has 14.2 million inhabitants in 2016. According to several surveys, 86% of them are Kurds, the remainder being Arab minorities (Urfa , Mardin, Siirt) and Turkish (mainly military, police and civil servants), as well as Syriacs and Armenians. So in 2016 there are about 12.2 million Kurds still living in Kurdistan in Turkey.

We know that there are also strong Kurdish communities in the big Turkish metropolises like Istanbul, Izmir, Ankara, Adana and Mersin. The numerical importance of this “diaspora” is estimated according to sources at 7 to 10 million, of which more than 3 million in Istanbul, which is the largest Kurdish city in the world and where in the June 2015 elections the pro-Kurdish HDP party won 11 seats of deputies.

[/vc_toggle][vc_toggle title=”Fact 2: The Kurds were used as pawns by Britain after World War 1″]After the First World War, the Kurds like other nationalists within the Ottoman Empire sought the creation of a nation-state. The dismemberment of the Ottoman Empire had left chaos and a political vacuum in the Kurdish-inhabited regions of South-Eastern Anatolia and Northern Iraq. The Kurdish nationalists, like other nationalists within the Empire, tried to take advantage of this situation and establish a Kurdish State. However, British strategy following the First World War was primarily oriented towards containing the Bolshevik threat, and in the Middle East this necessitated enhancing the territorial unity of Iraq, Iran and Turkey. For this reason, the United Kingdom, which had initially encouraged nationalism as a counter to Turkey’s pan-Islamism, opposed the establishment of a Kurdish state in an attempt to appease Kemalist Turkey during the Lausanne peace negotiations. The Lausanne Treaty, which was signed on 24 July 1923, formalised the de facto division of Kurdish-inhabited lands among Turkey, Iraq and Syria.[/vc_toggle][vc_toggle title=”Fact 3: The Kurds were used as pawns by America in 1975″]In March 1975, the desperate Kurds begged the Central Intelligence Agency: “Our people’s fate in unprecedented danger. Complete destruction hanging over our head. No explanation for all this. We appeal you and U.S. government intervene according to your promises.”

The promise to which they were referring was a U.S. promise to support the Kurds if they would provide the troops for a covert action against Saddam Hussein – if they would be the pawns in the great powers’ game.

In the 1970s, Iran and Iraq were quarrelling over a number of border disputes. In the hope of keeping the Iraqis preoccupied and busy, the Shah offered money and arms to the Kurds to fight Saddam Hussein. But the Kurds didn’t trust the Shah and made their acceptance conditional upon an American guarantee that Iran would not cut the lifeline to the Kurdish uprising.

Iran expert Trita Parsi says the CIA and the State Department counseled against the covert action because of the inevitability of the Shah’s betrayal of the Kurds. But Henry Kissinger took the opposing position, and, following a 1972 visit to Tehran by Kissinger and President Richard Nixon, the U.S. promised the Shah American support for the Kurds: the Americans promised to support the Kurds.

Nixon signed off on the covert operation on August 1, 1972; Kissinger made the arrangements for the covert war, and the CIA took charge of it. The support took the form of $5 million and weapons, but by the following year, Kissinger had backed, and Nixon had approved, greater U.S. aid that would eventually reach over $20 million dollars and more than 1,250 tons of weapons and munitions.

But by 1975, the U.S. backed Kurdish uprising was in trouble. The U.S. eventually came to the conclusion that the Kurds could only be saved by an Iranian military intervention. The Shah was providing much more money than the Americans, but he was not willing to commit his armed forces. He refused and, instead, began negotiating a border settlement with Saddam Hussein. The Shah received territory in exchange for ending support for the Kurds. According to investigative journalist Robert Fisk, it was Kissinger—one of the guarantors of the promise to support the Kurds–who hammered out this agreement between the Shah and Saddam and, so, abandoned the Kurds.

Financial aid and arms stop flowing to the Kurds, and Saddam slaughtered perhaps as many as 182,000 Kurds. Many more fled to Iran as refugees. That’s when the first 1975 Kurdish appeal was made to America. Kurdish leader, Mullah Mustapha Brazani would personally appeal to Kissinger, one of the authors of American assurances, that “We feel … the United States has a moral and political responsibility toward our people who have committed themselves to your country’s policy.”

Kissinger never answered, though, according to CIA expert John Prados, his station chief in Tehran had argued that he should and gave him options.  Kissinger abandoned the Kurds with the famous reminder that “Covert action should not be confused with missionary work.”

Full Article on Consortium News[/vc_toggle][vc_toggle title=”Fact 4: Kurdish politics are divided between two groups and two families”]There are two major parties inside Kurdistan, the Kurdistan Democratic Party (KDP) and the Patriotic Union of Kurdistan (PUK). Each is led, at the moment, by a member of one of Kurdistan’s two leading families, the Barzanis and the Talabanis. This division essentially defines internal Kurdish politics.

For a while, the KDP was the only major Kurdish party operating in Iraq. In 1975, the PUK broke off, led by Jalal Talabani and five others (including the current Iraqi president, Fuad Masum). Today, they’re strong in different areas of Kurdistan: the KDP in the north, and the PUK in the south. There doesn’t appear to be much of an ideological disagreement: as Missouri State University Professor David Romano writes, “the PUK itself came in practice and behavior to resemble the KDP so much that the average Kurds were often unable to specify a single policy or ideological disagreement between the two.”

Still, Kurds’ political split can cause serious problems. In the 1990s, it degenerated into open warfare between armed groups loyal to each party. It got to the point where, in 1996, the KDP asked for Saddam‘s help in rooting the PUK out of Erbil, which it controlled. This has ended, and the two parties have formed a sort of tactical alliance, but the point is that the Kurds aren’t totally united. And neither is their government, or their military.

On March 16, 1988, as many as 5,000 Iraqi Kurds, mostly women and children, were killed when deadly gas was released on the northern town of Halabja by Saddam Hussein’s forces.

AFP remembers the massacre, believed to have been the worst-ever gas attack targeting civilians. In the final months of the eight-year Iraq-Iran war, ethnic Kurdish fighters who sided with Iran capture the large farming town of Halabja in Iraq on March 15.

Home to more than 40,000 people, the town is in the Kurdistan region and just 11 kilometres (seven miles) from the Iran border, while 250 kilometres from the Iraqi capital.

Saddam’s army retaliates with artillery and air strikes. The Kurdish fighters and most of the town’s men withdraw to surrounding hills, leaving behind the children, women and elderly.

The following day, Iraqi fighter planes circle above the area for five hours, releasing a mixture of toxic gases.

The slaughter is quickly revealed: the fighters who come down from the hills give the alert and foreign journalists are soon on the scene.
By March 23, the first images are broadcast on Iranian television.

Corpses scatter the streets with no obvious sign of injury, although witnesses say later some had blood around their noses.

The cameras of journalists brought in by the Iranian army linger on the bodies of the children. The town is the victim of a chemical weapon attack, say the commentaries, using official Iranian explanations that accuse Iraq of responsibility.

A Belgian-Dutch team from Medecins Sans Frontieres (MSF), the first foreign medical mission to reach Halabja, confirms the use of mustard gas and probably of cyanide.

“Our conclusion is clear: the civilian population was gassed,” it says.
An AFP special envoy, Michel Leclerq, describes the horror in a story filed on April 1.

“Not the slightest stir, not a cry, not a movement: Halabja … seems frozen, immobilised in a deep sleep, while canons thunder in the distance,” the report says.

The “houses remain standing, the stores are full” but “no soul lives here since Iraqi planes released their deadly poison”.
Many of the thousands who fled are in camps in Iran.

A French MSF team estimates the number of dead at 2,000-3,000. Teheran gives a toll of 5,000. A Belgian toxicologist says in May that analysis shows that several gases were used including mustard gas and nerve agents.

He estimates that 3,800 people were killed and 10,000 poisoned.
Analysts say afterwards the attack may have been in revenge for the Kurdish fighters’ support of the Iranian army in the 1980-1988 war.
Justice comes more than 20 years later when General Ali Hassan al-Majid, known as “Chemical Ali” for ordering poisonous gas attacks, is hanged in 2010.

A cousin of Saddam, he is found by the courts to have ordered the attack on Halabja.

He gets four death sentences, including for Halabja, but insists he acted in the interests of Iraqi security and expresses no remorse.
In 2012, the Iraqi government hands Halabja authorities the rope used in his hanging.

Saddam is hanged in 2006 for another atrocity, closing various investigations under away against him, including for genocide of the Kurds.

Foreign Policy magazine reveals in 2013 that the United States provided Iraq with intelligence on preparations for an Iranian offensive during the war knowing Baghdad would respond with chemical weapons.

“The Iraqis never told us that they intended to use nerve gas. They didn’t have to. We already knew,” said retired Air Force colonel Rick Francona, a military attache in Baghdad during the 1988 attack. 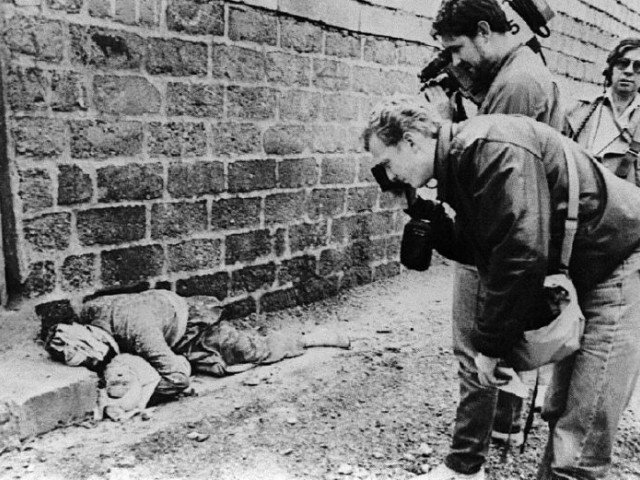 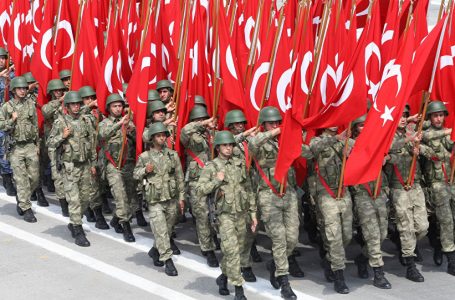 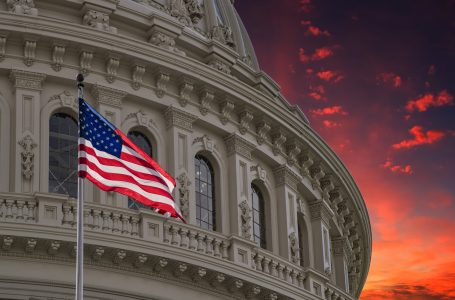 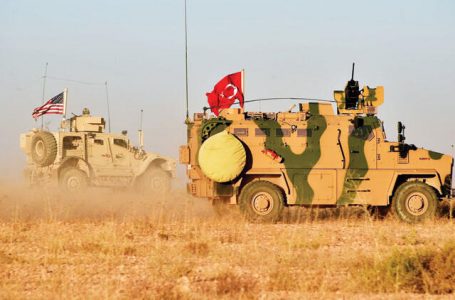