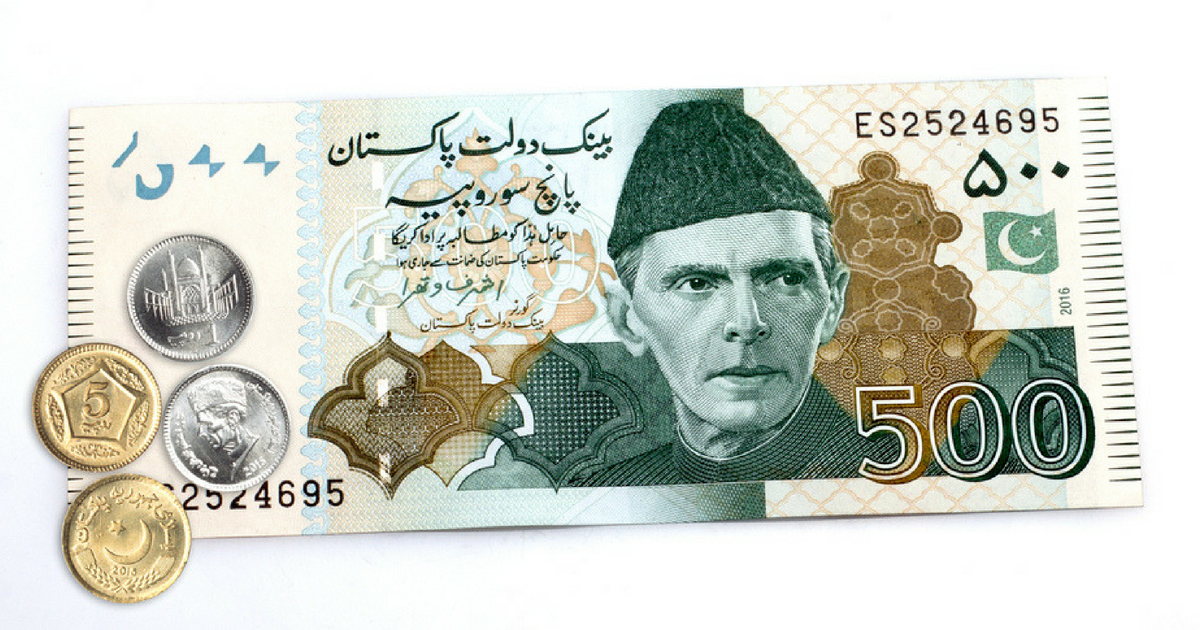 [vc_row][vc_column][vc_column_text]Pakistan is reportedly preparing to seek up to $12bn (£9bn) from the International Monetary Fund after Imran Khan takes office, in a bailout that could curb his public spending pledges.

[/vc_column_text][/vc_column][/vc_row][vc_row][vc_column][vc_toggle title=”Fact 1: Pakistan has had 12 IMF programmes since 1988, more than all the other countries of the region combined.”]South Asia’s second-largest economy has received 12 IMF bailouts since the late 1980s and completed its last loan program just two years ago. It has had more IMF loans than the region combined. India signed one facility with the IMF in 1991, Bangladesh has had three facilities since 1990, Sri Lanka has had two while Nepal has had three.

Most recently, in 2013, the government of Nawaz Sharif agreed to terms for an IMF loan of $6.6 billion disbursed over 36 months. During that time, the government mostly fell short of broadening the tax base or privatizing money-losing state-owned companies, as the IMF had hoped.[/vc_toggle][vc_toggle title=”Fact 2: The next IMF loan would be Pakistan’s largest-ever bailout.”]Pakistan has gone to the IMF repeatedly since the late 1980s. The last time was in 2013, when Islamabad got a $6.6-billion loan to tackle a similar crisis.

The Financial Times reported last week that senior Pakistani finance officials were drawing up options for Khan to seek an IMF bailout of up to $12 billion.

This figure is double the $6.7 billion three-year loan program in 2013.

This bailout would also be the 13th IMF bailout for Pakistan.

Analysts also say that a return to the IMF is inevitable and it will damage Mr Khan’s reputation.

Charlie Robertson, global chief economist at Renaissance Capital, said: “This is the first time Imran Khan gets his hands on power and he is going to have to make some very tough decisions.

The new government may seek $10 billion to $15 billion, according to Karachi-based brokerage Insight Securities. That would be higher than the biggest IMF package extended to Pakistan until now, a $7.6 billion loan in 2008. 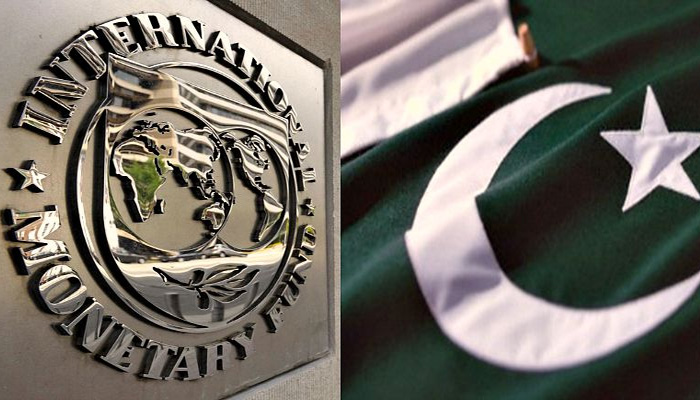 [/vc_toggle][vc_toggle title=”Fact 3: Pakistan paid over 1BN Rupees of interest in the 2017-2018 fiscal year”]Pakistan will pay Rs1,620 billion in interest payments for the next fiscal year 2018-19 against the estimates of borrowing loans from external and internal sources.

Documents show that Pakistan will pay Rs1,391 billion as interest to domestic banks and Rs229 billion to foreign institutions in 2018-19.

The government has paid Rs1,526 billion as the interest payment to both domestic and foreign lenders during the ongoing year 2017-18. An amount of Rs1,332 billion paid in servicing of domestic and Rs194 billion of foreign debt.

In addition to this, Pakistan has to repay an amount of Rs21,905 billion to domestic and foreign lenders in the upcoming year. 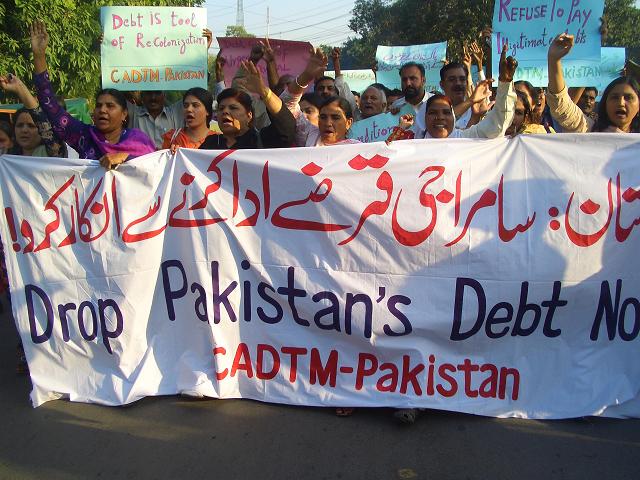 The International Monetary Fund (IMF) has assessed Pakistan’s gross external financing needs at a record $27 billion for the next fiscal year, but warned that arranging the financing at favourable rates will now be a challenge due to risks to the country’s debt sustainability.

In its post-programme monitoring report, the IMF also forecast that due to additional borrowings, Pakistan’s external debt would jump to $103.4 billion by June 2019, up from this June’s projected level of $93.3 billion.

Certain tables in the report, which the IMF withheld in the past, show the adverse implications of the PML-N government’s borrowing spree over the past four and a half years. The policy of building foreign currency reserves through expensive loans and ignoring the export performance has come to haunt the policymakers.

At that time, Pakistan’s external financing needs will be equal to 10% of the national output, which is a dangerous level.

“Risks to public debt sustainability have increased since the completion of the EFF (Extended Fund Facility) programme. Public and publicly-guaranteed debt is expected to remain elevated at 68% of GDP by FY23,” the IMF said.

However, the more alarming part is the growing challenges to arranging foreign loans. It said Pakistan had so far remained successful in contracting external borrowing that softened the impact of rising external imbalances on foreign exchange reserves.

“While the level of external debt has remained moderate, continued mobilisation of external financing at favourable rates could become more challenging in the period ahead against the background of rising international interest rates and increasing financing needs,” said the IMF.

It said continued scaling up of CPEC investments could accelerate the build-up of related external payment obligations, adding Pakistan’s capacity to repay could deteriorate at a faster pace, with faster depletion of foreign exchange reserves having adverse effects on economic growth.

The IMF’s projections show a bleak path for the next five years. Public and publicly-guaranteed debt is projected to remain close to 70% of GDP by 2023 under the baseline scenario.

“In the absence of strong consolidation measures, the fiscal deficit is expected to remain close to 6% of GDP in the medium term, resulting in elevated debt levels,” it added.

Adverse shocks, notably to economic growth and the primary balance, could lead to public debt ratios rising well above 70%, said the IMF.

The IMF said high levels of public debt and gross financing needs presented significant fiscal risks and needed to be addressed in a timely fashion through fiscal tightening to improve debt sustainability.

“In the absence of significant policy effort, the projected public debt trajectory sits higher than that stipulated in the revised FRDL Act with a limit of 60% of GDP on net general government debt until FY18 and a gradual transition towards 50% of GDP over a 15-year period,” said the IMF.

“While the depreciation allowed in December was a step in the right direction, further steps to phase out foreign exchange interventions and allowing greater exchange rate flexibility on a more permanent basis will be critical to contain the external pressures.” 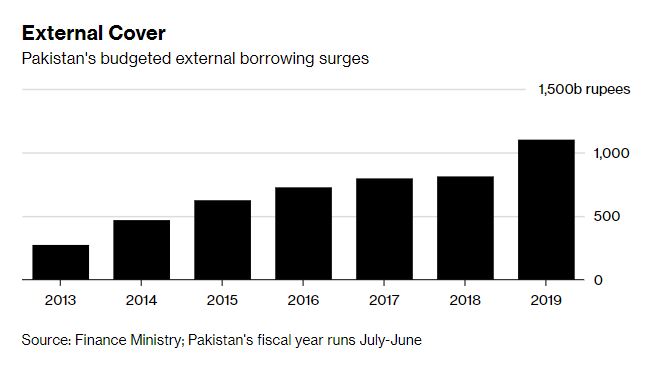 [/vc_toggle][vc_toggle title=”Fact 5: The State Bank of Pakistan has just $9bn in reserves”]The Financial Times reported that Pakistan’s foreign currency reserves have declined rapidly in recent months, as higher oil prices have pushed up the costs of imports, while exports continue to lag.

According to the latest published figures on July 20, the State Bank of Pakistan had just $9bn in reserves — not even enough to cover two months’ worth of imports.

So far, Islamabad has kept going with the help of loans from Beijing — it borrowed at least $5bn from Chinese commercial banks in the past financial year — and by allowing the Pakistani rupee to depreciate 20 per cent against the dollar. Western economists say they believe the currency is still overvalued and think it could fall at least another 10 per cent. 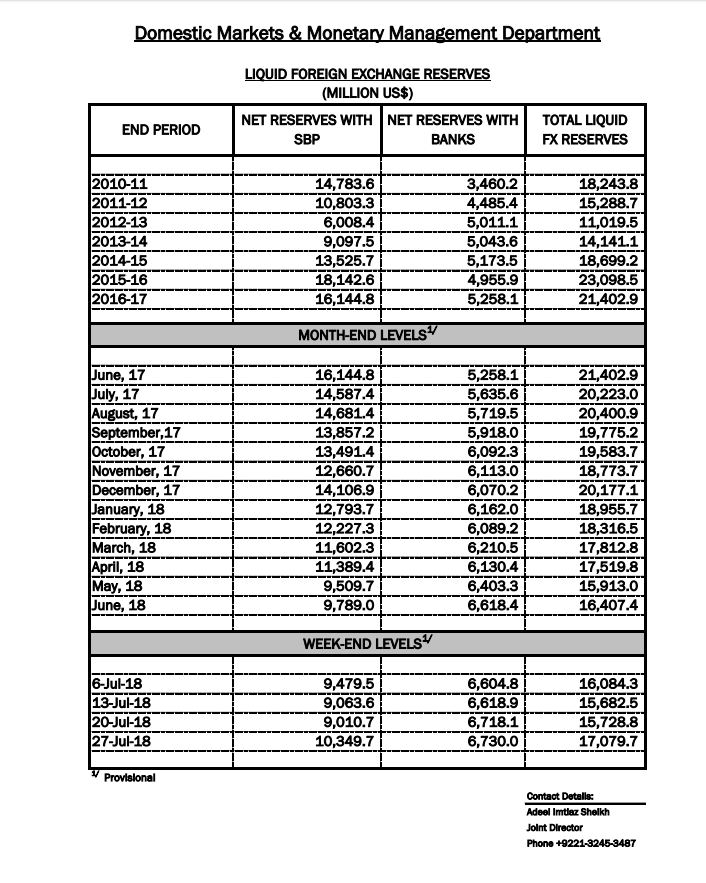