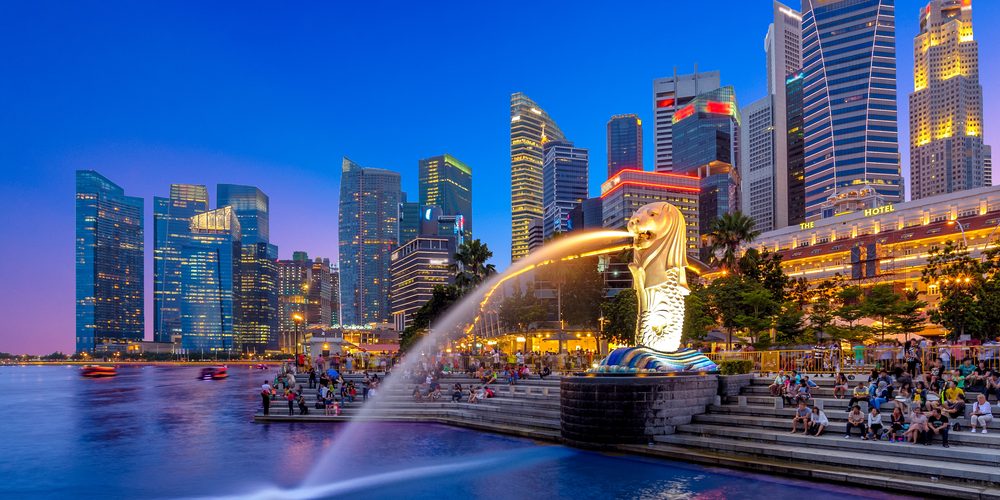 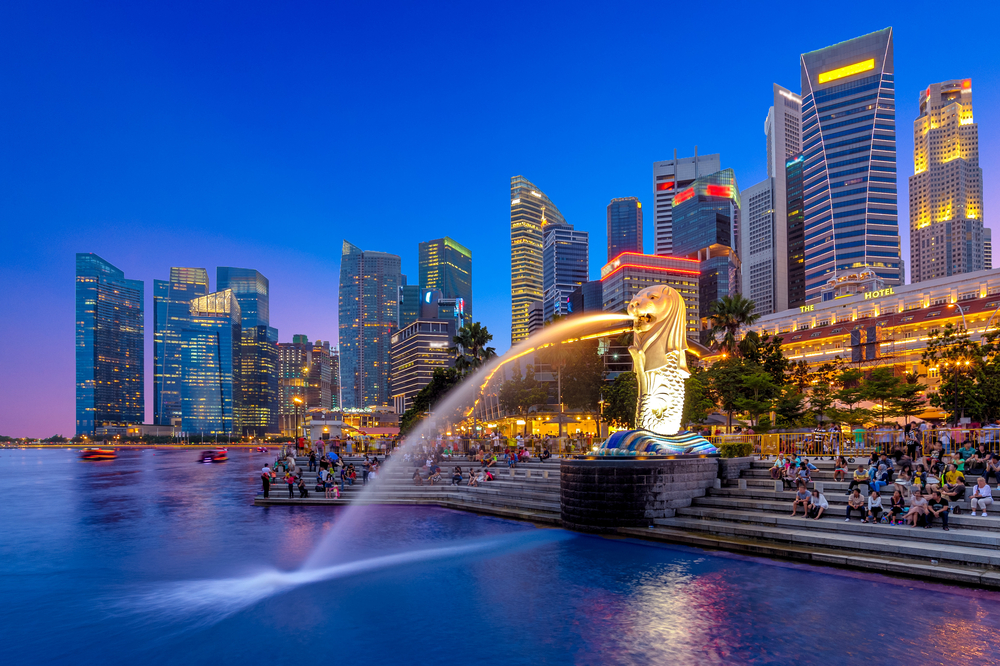 Singapore - Night view of singapore. Marina Bay is a bay located in the Central Area of Singapore.

Why is Singapore so important?

Mainstream media tend to portray Singapore as a city-state whose main business is international banking, commerce, high end manufacturing and education. Some critics describe the small Asian country as a dictatorship, totalitarian and even fascist state. As always, the truth lies somewhere in the middle.

It is quite debatable whether Singapore is a democratic society. It is extremely difficult to define democracy in the first place, as that word lost its original meaning a long time ago. If modern democracy is simply the political weapon of money, then Singapore can be listed as a democratic nation. Some authors argue that the Southeast Asian city-state is more like a dictatorship operating under the guise of a functioning democracy. In any case, it is a very functional country of 5.5 million about the size of Saint Petersburg in Russia.

Lee Kuan Yew, the founding father of Singapore who served as the country’s prime minister for 31 years, legitimized the idea that it is possible to have progress without democracy.

“The exuberance of democracy leads to undisciplined and disorderly conditions which are inimical to development,” LKY once said.

Some authors claim that the Chinese leadership favors Singaporean-style governance as a feasible model for the future. The so called Singapore model is a direct product of Lee’s personality, as well as the decision of the global finance capital to house one of its headquarters in this tiny piece of land. Since Singapore has very few natural resources, major world powers do not have any interests to compete over the control of the Singaporean territory. The very foundation of this city-state in 1965 is likely a product of a deal between various global oligarchic groups. Singapore’s most important raison d’être is to serve as a financial center in Southeast Asia and to maintain the global finance system in this part of the world.

Some researchers call Singapore a benevolent dictatorship. It is a system in which an authoritarian leader exercises absolute political power over the state but is perceived to do so with regard for benefit of the population as a whole. Besides the deceased Lee Kuan Yew, this label has been applied to leaders such as Saddam Hussein of Iraq, Muammar Gaddafi of Libya, and Josip Broz Tito of Yugoslavia. However, unlike Saddam and Gaddafi, LKY was never overthrown by the West, and unlike in the case of former Yugoslavia, the Western powers never took part in the breakup of Singapore, which could mean that major global actors have certain benefits from the existence of the entity such as Singapore.

It is worth noting that last year the city-state was ranked the fourth most competitive financial center in the world. According to Murray Hunter, an associate professor at the University Malaysia Perlis, Singapore is run in a manner to which a British colonial administrator would have aspired. He argues that the strong control of Lee Kuan Yew was the dominant driver of society. LKY opened the country to foreign trade and investment but held a choke hold on politics, keeping the media tamed and the tiny opposition cowed. When Singapore attained self-government in 1959, only nine percent of Singaporeans resided in public housing. Today, 80 percent of the population lives a government built apartment.

Also, today 90 percent of land is owned by the state as opposed to 49 percent in 1965. Finally, four in ten people in Singapore are migrants, which is also the case in many oil-rich Middle East countries. Migration is expected to continue as the local Singapore population is rapidly aging.

SUBSCRIBE TO READ THE FULL REPORT FROM ONLY £7.50 PER MONTH

Remaining sections you will unlock after subscribing;

BETWEEN CHINA AND THE US

SINGAPORE AS A FINANCIAL OUTPOST

Reviews for Why is Singapore so important?