Read original article by Carlos Maza on the Vox;

For most Americans, terrorism is only ever experienced through a television screen or front page of a newspaper. Despite generating massive headlines, terrorism kills a shockingly small number of Americans every year, especially when compared to a problem like gun violence. In terms of the public’s attention, terrorism takes up a lot more space than its death toll warrants.

But for cable news networks, terrorism coverage is big business. Many Americans rely on cable news in the wake of high-profile tragedies, and news networks see ratings spikes in the wake of terrorist attacks. Those ratings incentivize news networks to sensationalize their coverage, repeatedly airing graphic images of violence and combing over the excruciating details of attacks. When they’re not covering a specific attack, news networks can fill airtime with countless segments about ISIS training videos, predictions about when the next attack might come, and debates about potential threats posed by refugees and sleeper cells and lone wolves.

That kind of news coverage causes Americans to overestimate the danger posed by terrorism. Bruce Schneier, a fellow at the Berkman Klein Center for Internet and Society at Harvard, explains that exposure to sensationalized news coverage exploits the brain’s tendency to prioritize stories over statistics. “News, by definition, is something that almost never happens,” Schneier says. “But that’s not how our brain works. If it’s in the news, if it’s talked about, if we hear about it a lot, we confuse that with it being common.”

That helps explain why Americans ranked terrorism as two of their top 10 fears in 2016, despite its low death count.

That heightened fear can have serious consequences, causing us to overreact, pursue unhelpful security measures, and rally behind politicians who embrace over-the-top responses to terrorism. 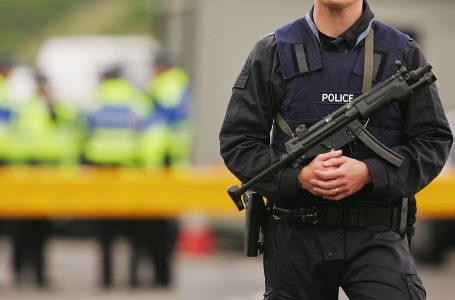