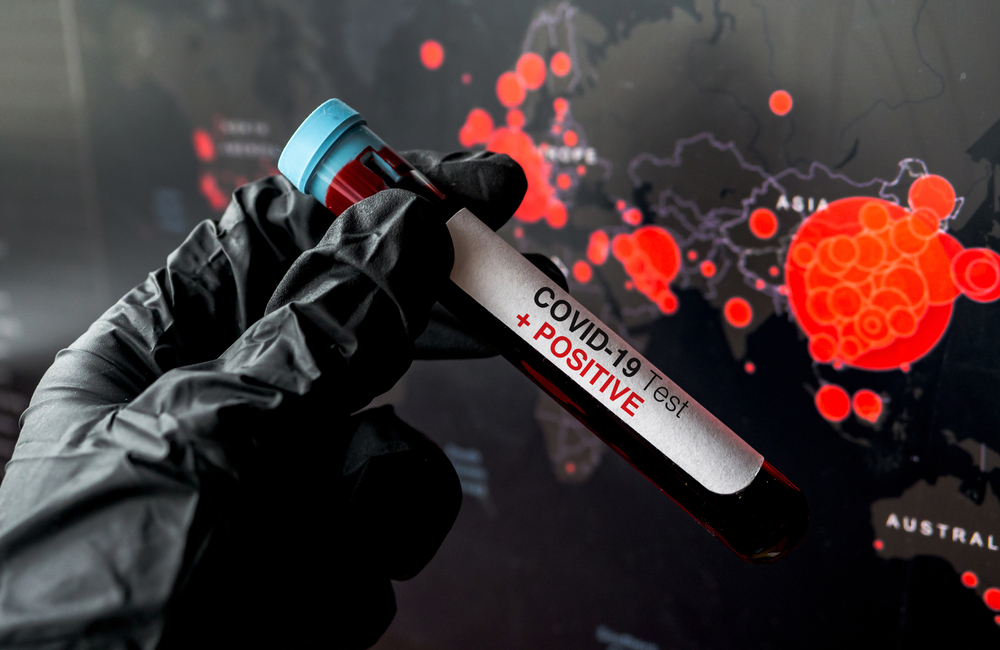 Fear and panic have paralysed the world. The Global economy has literally been shut down and life itself has been put on hold. There is only one news that dominates all the media. However, behind the scenes, major global powers seem to have already completed the transformation of the global financial, monetary, energy and trade systems, while some other changes are expected to be finished in the coming months. Once the global state of emergency is over, humanity will enter a completely new world.

LOCKDOWN AS A TRANSITIONAL PERIOD

Fear and panic have paralysed the world. The Global economy has literally been shut down and life itself has been put on hold. There is only one news that dominates all the media. However, behind the scenes, major global powers seem to have already completed the transformation of the global financial, monetary, energy and trade systems, while some other changes are expected to be finished in the coming months. Once the global state of emergency is over, humanity will enter a completely new world.

Ever since billions of people have been locked down, almost all wars have suddenly stopped. There is still sporadic shelling in the Donbass, Syria and Yemen, but those conflicts seem to be put on hold, as well as almost every other human activity. Humanity has been switched off, and it remains to be seen when and how it will be switched on again. In the meantime, the new world has been under construction. Some of its contours can already be seen.

Since the lack of economic activity caused a global recession, medium and small business around the world will suffer the most. Vast majority of firms that had to stop doing business during the global state of emergency will likely never be reopened. Major multinational corporations, on the other hand, will survive and are expected to even come out stronger. Capitalism will likely be replaced by corporatism. In other words, the rich will get richer, and the poor will get poorer.

For the poorer, their very existence will become questionable. Famine is already knocking on doors of many countries, especially those that do not have at least some form of sovereignty. Such countries will likely have to sell their natural resources in order to get loans from international banks. In addition, food shortages can easily become reality, and food prices are expected to go up. It remains to be seen if governments around the world will use mechanisms they have at their disposal to prevent a dramatic food price increase.

Protectionism will likely become a norm. Many nations have already banned the export of certain foods, as they aim to secure stable supplies to their own populations. In spite of the economic crisis, oil prices are expected to remain low. The Russia-Saudi oil war can be interpreted as some sort of analgesic, which is a painkiller that prevents the total collapse of the system. After all, what humanity is experiencing is not a collapse, but a very controlled transformation of the system.

At this point, the price of crude oil is low as there is no demand because the global economy has been shut down. However, in the foreseeable future, the oil price can be high for those countries that do not have any oil resources, but are forced to import fossil fuels. Countries such as the United States, the Russian Federation and other major oil producers will likely agree on a fixed price for their own markets. The rest of the world will have to wait to see what a new petrodollar system will bring.

From a geopolitical perspective, the US and Russia, which are energy-rich and relatively self-sufficient, are expected to get through global transition easier and faster than the rest of the planet. That, however, does not mean that their GDPs will grow any time soon, as it will takes ages before the global economy recovers and enters a new phase.

According to Naomi Klein, the author of the book “The Shock Doctrine: The Rise of Disaster Capitalism”, in moments of crisis, people are willing to hand over a great deal of power to anyone who claims to have a magic cure.

At this point, humanity is still far from a solution to the global crisis, although governments around the world already promised to provide the so called helicopter money to their populations.

Such a manoeuvre will unlikely resolve any crucial problems. Since hundreds of millions of people will lose their jobs and won’t be able to pay their bills and buy food, the governments’ help will be just a drop in the ocean. That, however, does not mean that the system will collapse. Those that get paid from the central budget will likely keep getting their wages, although they could be reduced. The rest of the population will be on the edge of survival, and will wait for this transitional period to be over.

After the crisis is over, and a new system is established, there might be a ray of hope for those that get used to new rules. Some analysts argue that China’s model will be implemented globally. As Naomi Klein points out, no country offered more lucrative conditions than China: low taxes and tariffs, corruptible officials and, most of all, a plentiful low-wage workforce that, for many years, would be unwilling to risk demanding decent salaries or the most basic workplace protections for fear of the most violent reprisals.

Whether the new system will be similar to the Chinese model of society or not, it will certainly not be a democratic one. Even though democracy will keep its form, and governments will likely keep simulating democratic procedures, a new global system will remind of technocracy. It will be a post-democracy and post-industrial society, but comparing to the way of like before the crisis occurred, it will certainly be a more efficient society.

If history is any guide, a strategy that can be described as “two steps forward, one step back” was seen multiple times. That means that some of the current restrictive measures will be lifted, but others will stay. Also, some additional measures are yet to be implemented. After the process of transition and transformation is completed, a new monetary system will likely be established.

Although it is still unclear how it will look, it is more than probable that cash will be phased out and that digital currencies will play a major role in the foreseeable future. Since the majority of population got used to working from home during the global lockdown, such a model will likely become a norm as that will prove to be more economical. The school system will also switch to online mode, but its main goal will remain the same – to indoctrinate, rather than to educate. Finally, a new era will mean more control and more dependency on the system.

The current lockdown can be interpreted as a way of training for a new system, and a sort of detoxification from the old habits that dominated during the era of the consumer society. Even the most common automated processes, such as hand shaking, will likely be a thing of a past. People will be discouraged to interact with each other in a traditional way. There will be less and less human-human contacts, and more and more human-machine contacts. Such a system will last as long as there is enough energy on the planet. Once the oil, gas and coal are gone, unless a sustainable alternative shows up, those that have military power will start creating new rules.