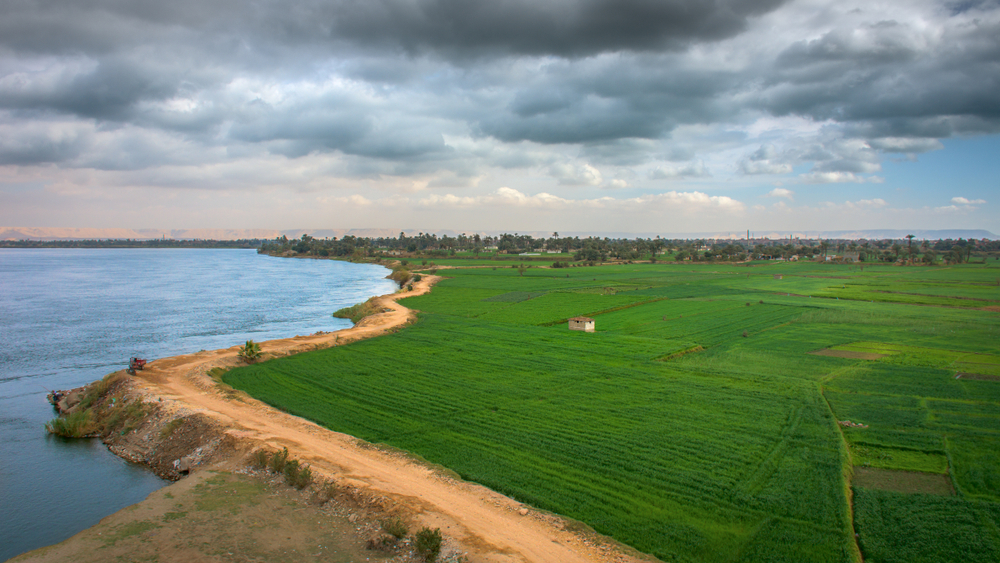 Trump raised tensions through his comments

Ethiopia vowed Saturday not to “cave in to aggressions of any kind” after U.S. President Donald Trump lashed out over the country’s Nile River mega-dam and suggested Egypt might destroy it.

“Nonetheless, occasional statements of belligerent threats to have Ethiopia succumb to unfair terms still abound. These threats and affronts to Ethiopian sovereignty are misguided, unproductive, and clear violations of international law,” his office said in a statement.

“Ethiopia will not cave in to aggressions of any kind,” the statement added.

A separate version of the statement issued in Amharic featured more muscular language.

“There are two facts that the world has certified. The first is that there has been no one who has lived in peace after provoking Ethiopia. The second is if Ethiopians stand united for one purpose, it’s inevitable, they will triumph,” it said.

Abiy’s office did not explicitly mention Trump, but its statement came the morning after the U.S. president weighed in on the dam dispute in support of Egypt.

Trump made the comments on Friday during a ceremony marking normalizing relations between Israel and Sudan. The new dam is being built just 15 km (9 miles) east of Ethiopia’s border with Sudan.

“It’s a very dangerous situation because Egypt is not going to be able to live that way,” Trump told reporters in the White House.

This inevitabely raises tensions between the nations and in the ongoing negotiations between Ethiopia and Egypt.

Despite this, negotiations appear to go on unaltered. Sudan has said it will hold three-way talks on Tuesday with Egypt and Ethiopia over a controversial Nile dam project that US President Donald Trump has warned could lead to military action.

Foreign and irrigation ministers from the three countries are to hold a videoconference brokered by the African Union (AU), the Sudanese irrigation ministry said on Monday, three months after the suspension of dialogue between the neighbouring countries over the construction of the $4.6bn mega-dam by Ethiopia. On Saturday, Ethiopian Prime Minister Abiy Ahmed’s office defended the dam and said Addis Ababa was committed to AU-led talks that it said had made “significant progress”.

Talks over the filling and operation of the Grand Ethiopia Renaissance Dam broke off seven weeks ago and are set to restart after the African Union had extensive consultations with the three countries, according to a statement issued by Ramaphosa Monday.

He said the resumption of the talks shows the “strong political will and commitment” by the leaders of the three countries to achieve a “peaceful and amicable resolution” to the issues over the dam. Ethiopia is nearing completion of the $4.6 billion dam which it hopes will spur economic growth and extend electric power to many of its more than 110 million people. Egypt and Sudan, however, have expressed concern that the dam will reduce the flow of Nile River waters to their countries.

Sudan’s Irrigation Minister Yasser Abbas called for a new negotiating approach that will allow “a broader and more effective” role for foreign experts and observers to push the talks forward, the state-run SUNA news agency reported Monday. Sudan will take part in the next round to discuss “creating different negotiation methods and approaches,” he said in a letter to South Africa’s International Relations and Cooperation Minister Naledi Pandor.

Egypt has shown a rigid stance in the Nile Dam dispute thus far, insisting on its rights to the water from the Nile River. This could however change, as Egypt has found a way to possibly make up for the losses that the Nile Dam would imply.

Congolese website Zoom Eco reported Sept. 30 that a delegation from the Egyptian Armed Forces Engineering Authority, headed by Maj. Gen. Mahmoud Shahin, is conducting feasibility studies for a project to make the Congo River navigable in the low-lying sewers in the area between Kinshasa, the capital of the Democratic Republic of Congo (DRC), and the city of Boma.

On Sept. 29, Zoom Eco tweeted a clip of the delegation in which Shahin said, “The Egyptian Armed Forces Engineering Authority has carried out aerial reconnaissance of the project area, in addition to field visits that are scheduled to be carried out until there is a positive, accurate study of the Congo River project.”

This project brought to mind the one about linking the Congo River with the Nile River in Egypt, which was proposed by Sarco, a private company specialized in the investment and mining fields, to the Egyptian government in 2013 to compensate for the water scarcity that Egypt suffers from, and develop Egypt’s water resources. The project was based on the idea of transferring 110 billion cubic meters of water annually from the Congo River Basin to the Nile Basin by connecting the two rivers, doubling Egypt’s current share of the Nile water.

However, on May 19, the Egyptian government announced its formal rejection of the project due to technical, engineering and political difficulties and obstacles that prevent its implementation, in addition to its high cost and the fact that the proposed waterway would need to pass through some insecure areas ravaged by civil wars. Abbas Sharaky, professor of geology and water resources at Cairo University, told Al-Monitor over the phone that there is no connection between the project to improve navigation in the Congo River and the project to connect the Nile and Congo rivers. He said implementing the latter project is just a fantasy given all the natural obstacles that prevent implementation, such as mountain ranges that reach 600 kilometers (373 miles) in width and 5,000 meters (16,000 feet) in height, in addition to international law prohibiting the transfer of water from one river to another.

Sharaky pointed out, “Egypt could benefit from this project by building dams on the Congo River, which is what Cairo is currently seeking with the Inga Dam. These dams will allow Egypt to exploit the quantities of water flowing from the river to generate sufficient energy for the entire continent of Africa, while water surplus can be exported to Europe.”

Egypt is considering cooperation with the DRC in the Inga Dam project on the Congo River, which was confirmed by the Egyptian minister of electricity and renewable energy, Mohamed Shaker, during his meeting Sept. 21 with Jean-Claude Kabongo, special investment adviser to Tshisekedi.