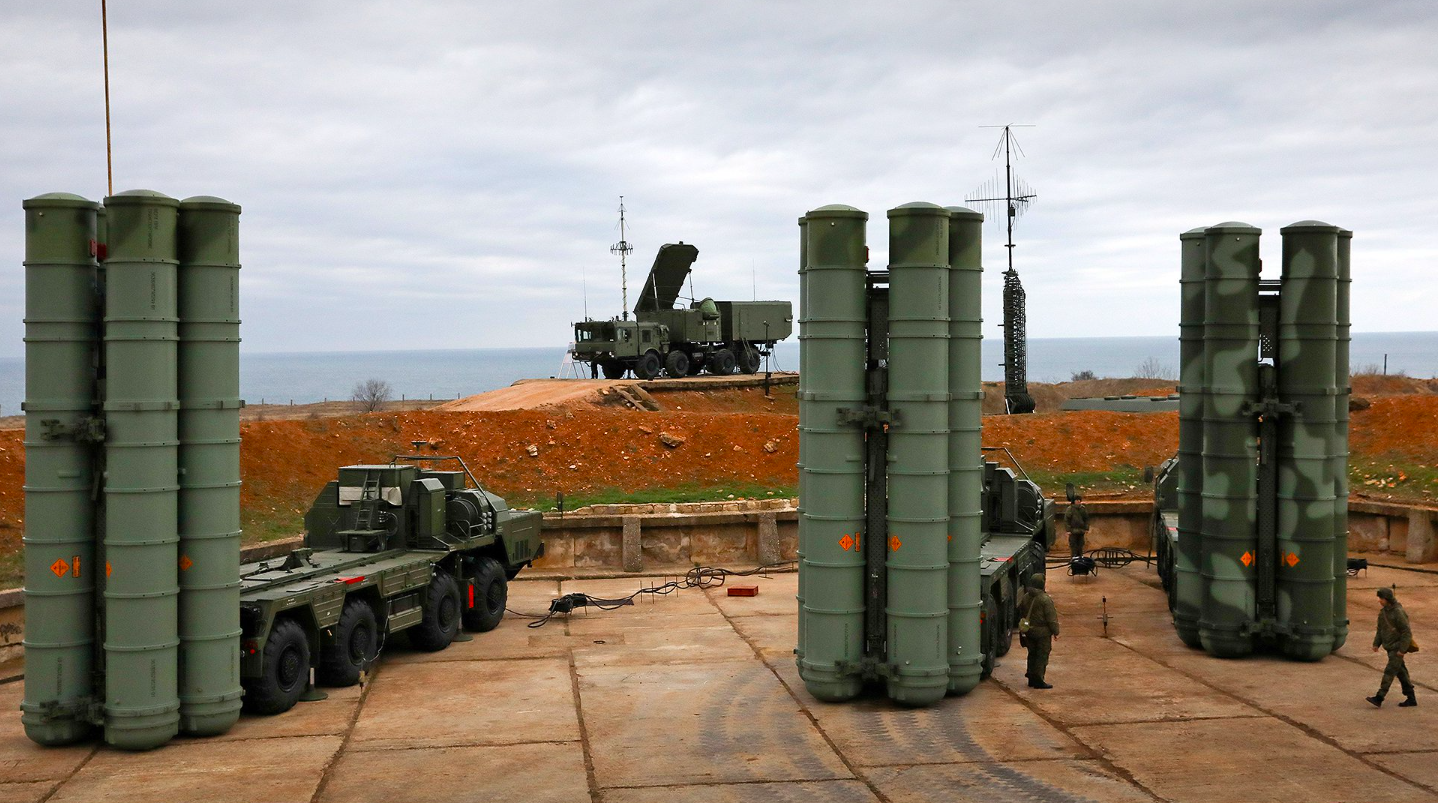 The US launches sanctions against Turkey

The United States has imposed long-anticipated sanctions on NATO ally Turkey over Ankara’s procurement and testing of a Russian-made S-400 air defense system. The sanctions announced Monday target Turkey’s Presidency of Defense Industries, its main defense procurement entity, as well as the group’s President Ismail Demir and three other officers. The Turkish officials will face U.S. visa restrictions and their financial assets in the U.S. will be frozen.

The long-expected action is certain to further exacerbate tensions with Turkey, which is already at odds with the United States on a number of foreign policy issues and is being actively courted by Russia.

“We very much regret that this has been necessary and we very much hope that Turkey will work with us to resolve the 400 problem as quickly as possible,” State Department Assistant Secretary Chris Ford said Monday, suggesting other countries take note of the decision and avoid acquiring Russian equipment.

Secretary of State Mike Pompeo and other U.S. officials have been threatening sanctions against Ankara as part of the Countering America’s Adversaries Through Sanctions Act (CAATSA) since even before the purchase of the Russian made weapons system but had refrained from taking action.

“It took time to work through this complex set of issues, including, in particular, the fact that Turkey is a NATO ally so I would not read too much into the timing of this and why today and not yesterday, or three months ago, this is the time that was necessary for us to conclude that deliberative process,” Deputy Assistant Secretary in the Bureau of European and Eurasian Affairs Matthew Palmer said.

Turkey condemned Monday’s decision. “President Trump himself has admitted on many instances that Turkey’s acquisition was justified,” the Turkish Foreign Ministry said in a statement.

“I regret that we are in a situation where NATO allies have to impose sanctions on each other.”

Will this strengthen the Turkish-Russian relationship?

As the US appears to target Turkey’s defence industry due to its worrying competitiveness and effectiveness in a wide sphere of influence, it seems that the two nations are moving in the direction of becoming geopolitical rivals, and away from the alliance that is solidified by NATO. Indeed, the two powers’ membership in NATO did not stop the US sanctioning its supposed ally. This, along with the EU’s increasingly hostile stance towards Turkey, has led many analysts to point out that Turkey is being pushed to the East, and is moving towards forming a stronger partnership with Russia than with the US, despite the existence of various areas of conflict just as with the US.

The imposition of sanctions on Turkey could be the last straw, and Russia have shown that they are ready to pounce on this opportunity to unite with Turkey against the US’s geopolitical might. Russian Foreign Minster Sergei Lavrov said on Monday the sanctions which the United States has imposed against Turkey over the missile system buy from Russia were illegitimate and showed arrogance toward international law, Interfax news agency reported.

“This is, of course, another manifestation of an arrogant attitude towards international law, a manifestation of illegitimate, unilateral coercive measures that the United States has been using for many years, already decades, left and right,” Lavrov said according to Russian news agencies.

“And, of course, this does not add, I think, to the credibility of the United States in the international arena as a responsible participant… including in the field of military-technology cooperation,” Lavrov added.

Russia and Turkey have also found another opportunity to work closer together after the establishment of Joint patrols in Syria earlier this year. Turkey and Russia have agreed to monitor a truce over the disputed Nagorno-Karabakh region from a joint peacekeeping center, Ankara’s defense ministry said on Tuesday. The deal comes after days of talks between Turkish and Russian officials about how the two regional powers would jointly implement a Moscow-brokered cease-fire signed this month between Armenia and Azerbaijan. Technical details for setting up the joint center were concluded and an agreement was signed, the defense ministry said in a statement, adding that it would begin work “as soon as possible.” This, along with the US’s increased hostility towards Turkey, will surely increase the geopolitical bond that is forming between Russia and Turkey, at least for now. The conflict of interest cannot be ignored however.

“We’re allies in some respects but in others our interests are diametrically opposed,” said Andrei Baklanov, a former Russian diplomat who’s served in posts including ambassador to Saudi Arabia and is now affiliated to the Valdai club in Moscow. “We have to learn to live with this situation.”

For the moment, Russia and Turkey are maintaining a fraught relationship “despite their mutual differences of opinion,” said Sinan Ulgen, executive chairman of Istanbul-based think-tank EDAM and a visiting scholar at Carnegie Europe in Brussels.

This is certainly true, and the latest sanctions combined with the cooperation in Azerbaijan will strengthen this feeling.

Turkey could increase its military independence

While many have pointed out Turkey’s push to the East as a result of US sanctions, it must also be noted that just like the previous US sanctions on Turkey, the latest sanctions will surely present Turkey the chance to increase its military independence, as it has already been doing since the previous sanctions, which were one of the catalysts to the state developing one of the most sophisticated drone programs in the world.

The sanctions also target individuals including Ismail Demir, the head of the Turkish defense procurement body, known as SSB. The agency is barred from receiving loans from US. financial institutions. The U.S. will also oppose any credit extension to the body from international financial institutions and ban the U.S. Export-Import Bank’s assistance for exports to SSB.

The financial clauses all announced under the Countering America’s Adversaries Through Sanctions Act, known as CAATSA — won’t have an immediate impact on the Turkish procurement agency, which doesn’t have contractual relationship with the affected financial institutions.

“Any decision made abroad will not change neither my stance nor my crew’s stance; it will not disrupt Turkish Defence Industries.”

Erdogan himself has stated that the sanctions aim to prevent Turkish defense sector from becoming independent, and contrarily,Turkey will continue to invest in its defence sector. Erdogan also said that the sanctioned Ismail Demir and Turkish Defence Industries will receive more backing from the government, confirming the trajectory highlighted above.

The US’s sanctions could therefore be counter-productive, as not only will they stimulate Turkey to become more militarily dependent and definitely less dependent on the US, but they will also spark increased hostility between the two allies, as Turkey has already stated that it is considering its options for a response.