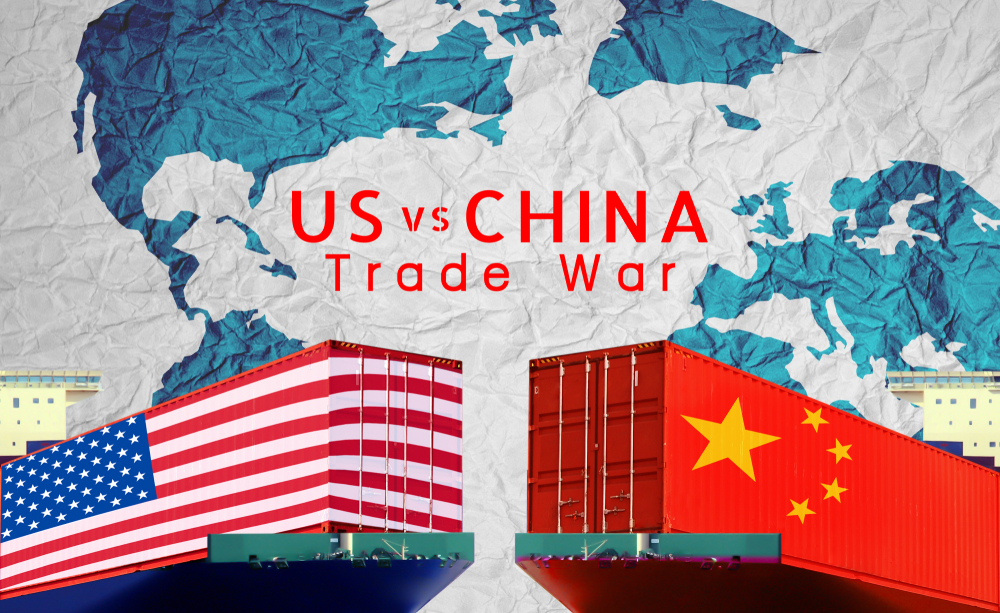 The US economy on the brink of recession

It appears the US is suffering deeply economically from the ongoing trade war with China. Last July, US President Donald Trump followed through on months of threats to impose sweeping tariffs on China for its alleged unfair trade practices. So far, the US has already slapped tariffs on US$250 billion worth of Chinese products and has threatened tariffs on US$325 billion more. China, for its part, did not back down, and has set tariffs on US$110 billion worth of US goods, and is threatening qualitative measures that would affect US businesses operating in China. With neither Trump nor Chinese President Xi Jinping willing to back down, US-China trade tensions have become a full-blown trade war. The latest escalation of the trade war is going to put the U.S. economy on the brink of a recession, according to Wall Street. Swiss bank UBS said Tuesday that it sees U.S. gross domestic product growth slipping to 1.8 percent in the fourth quarter before slowing to 0.5 percent in the first quarter of 2020 and 0.3 percent in the second quarter as the recent round of tariffs hits consumers’ wallets. “Consumption is almost 70 percent of the US economy, so its path largely determines the path of GDP,” UBS’ chief economist Seth Carpenter wrote. This is a worrying development for the US, that should lead t oTrump reconsidering his plan.

China has many reasons to continue trade war

While China has also taken an economic hit this trade war, it is in a better position to last longer. Chinese President Xi Jinping hasn’t hesitated to criticize the Trump administration and to leverage the trade war to strengthen his power, as a clear enemy gives China a clear distraction for the people. China is also using this as an opportunity to sow divisions in the West. Therefore, China is not only taking a lesser economic hit than the US, but is also in a position to make geo-political gains. Furthermore, Despite China’s large manufacturing industries taking a big hit from the trade war, China’s rich elite seem to be avoiding the tariffs, as Chinese billionaire Liu Zhongtian has been indicted in the US over allegations he evaded $1.8bn (£1.5bn) in tariffs on aluminium imports.

In a sign of the US’s economic strain it is taking from the trade war with China, President Donald Trump wanted to double tariff rates on Chinese goods last month after Beijing’s latest retaliation in a boiling trade war before settling on a smaller increase, three sources told CNBC. The president was outraged after he learned Aug. 23 that China had formalized plans to slap duties on $75 billion in U.S. products in response to new tariffs from Washington on Sept. 1. His initial reaction, communicated to aides on a White House trade call held that day, was to suggest doubling existing tariffs, according to three people briefed on the matter. This has been the last of ongoing hits taken, as last month, Gary Cohn, Trump’s former chief economic adviser told the BBC. Cohn also talked about the ineffectiveness of the tariffs on China as, “I think the Chinese economy was going to slow down with or without a trade war,” Mr Cohn said. But he warned: “I think everyone loses in a trade war. We are an 80% service economy. The service side of the economy is doing very well, because, guess what, it’s not being tariffed.” The US will have to re-establish its plan on negotiations for the trade war.