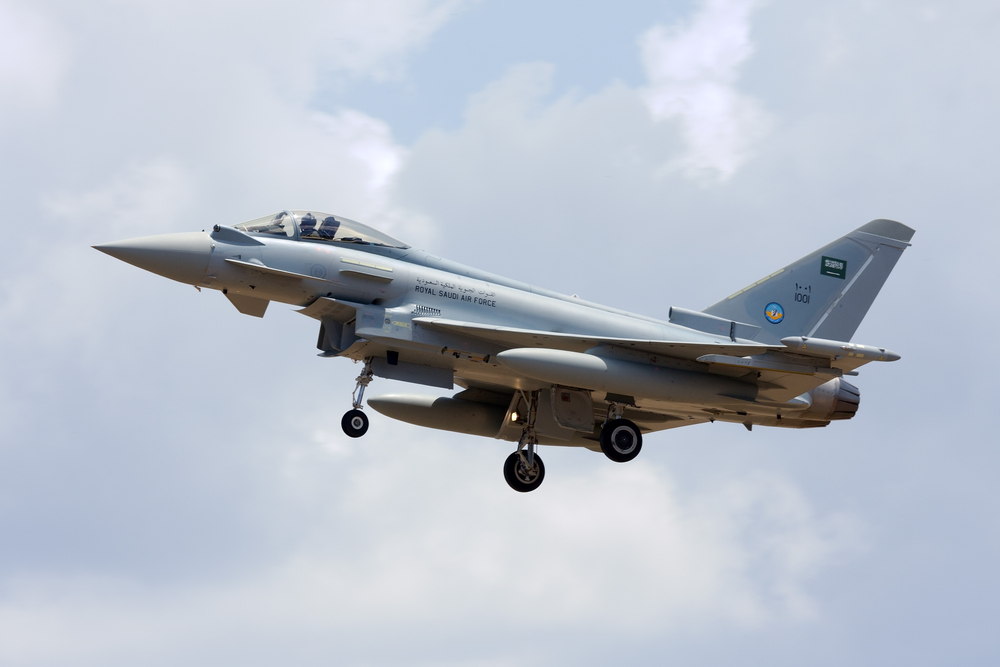 The UK to resume arms sales to Saudi despite international concerns

This is a very different signal being sent to Saudi Arabia when compared to the sanctioning of 20 Saudis for human rights violations one day earlier.

Her decision prompted anger from opposition politicians and campaigners, protests that were sharpened by the timing of the announcement. In fact, opposition legislators and campaigners against the arms trade slammed the “morally indefensible” decision by Prime Minister Boris Johnson’s Conservative government.

On Monday, the foreign secretary, Dominic Raab, imposed sanctions on 47 people, including 25 Russians accused of aiding and abetting in the death of Sergei L. Magnitsky, a Russian lawyer who died after brutal treatment in detention in 2009. Mr. Raab argued that, as it charts its new course on the international stage outside the European Union which Britain formally left in January  the British government was “absolutely committed to the United Kingdom being an even stronger force for good in the world.” However, many see this as the UK’s attempt to maintain and re-establish its global geopolitical presence after leaving the EU.

The UK intends to increase defense cooperation with Saudi Arabia

In a phone call with Saudi Arabia’s vice defense minister prince Khalid bin Salman, Wallace also said he appreciated the country’s role in combating threats to stabiliy in the region, protecting sea lanes and securing freedom of navigation, according to the state news agency. It is clear that the UK wants to maintain safe maritime trade routes in the Persian Gulf, as well as using Saudi Arabia as a geopolitical stabilizer against Iran, especially with Britain’s conservative government’s latest peak in relations with the US, especially after leaving the EU.

The UK and Saudi already have a closely knit arms relationship, as British jets now comprise a significant proportion of the Royal Saudi Air Force. Each deal has also involved Britain supplying the services, components and ammunition necessary to keep the fleets operational. The Saudi war effort in Yemen effectively depends on British support. Its removal would seriously weaken the bombing campaign.

The UK is therefore a key arms partner to Saudi Arabia, and last year’s court ruling has been a heavy blow, although there have been reports of the UK violating the ban, which further supports the importance of the defense partnership with Saudi Arabia.

Why the UK needs Saudi Arabia

The UK and Saudi Arabia have a historical and controversial relationship. Britain has been arming the House of Saud since the monarchy’s forces conquered the majority of the Arabian Peninsula in the 1920s, and while the US later became the Saudis’ primary Western protector, the UK’s role has remained pivotal. Britain helped set up a praetorian National Guard in the 1950s and 60s to protect the monarchy from coups. Since the 1960s, the UK has supplied the Saudi Kingdom with successive fleets of military jets, which, as mentioned earlier now comprise a significant proportion of the Royal Saudi Air Force.

Despite this, British arms exports to Saudi Arabia are not a source of major economic revenue for the UK, even in the first year of the war in Yemen, a peak year for arms sales to Saudi Arabia, total exports to the kingdom military and civilian comprised just 1.3 per cent of the value of British exports worldwide. While those exports do play a more important role in reducing Britain’s chronic trade deficit, they are not a major player in the development and maintenance of the British economy, and definitely not significant enough in this respect to provoke such insistence in breaking the arms ban.

So if it is not British economic interests that is driving this defence partnership then what is it? There are several factors in play. The value of arms sales to Saudi Arabia, is that firstly they tie the UK closely to a strategic ally, and secondly, sustain the domestic arms industry that Britain needs if it wants to remain a global military power. The UK is looking to carve out its place in the global geopolitical order, which has been accelerated by Brexit, and striking such strategic partnerships is an important step in realizing this. The UK is following in the footsteps of the US, in selling arms to Saudi Arabia, in return for regional intel, safeguarding trade routes, and expressing soft power in the area.

The UK’s geopolitical ambitions and desire to establish a place for itself in the world after Brexit can also be seen in its latest criticism of Beijing and Moscow. China’s ambassador to London warned of “consequences” if Britain treats his country as a “hostile” power in its dealings over Hong Kong and Huawei Technologies Co., while Russian officials topped the list of people sanctioned for human rights abuses, sparking a threat of retaliation from the Kremlin. “As we forge a dynamic new vision for a truly global Britain, this government are absolutely committed to the United Kingdom becoming an even stronger force for good in the world,” Foreign Secretary Dominic Raab told Parliament as he introduced the sanctions. He pledged “to keep the flame of freedom alive for those brave souls still suffering in the very darkest corners of the world.”

There has been widespread criticism of the UK’s latest strategy within the country, especially regarding its relationship with Saudi Arabia. Critics have stated that there is little evidence, based on publicly available information, that the UK exerts either influence or leverage over Saudi Arabia. In fact, they say there is greater evidence that Saudi Arabia exerts influence over the UK. According to them, the UK appears to be incurring reputational costs as a result of its relationship with Saudi Arabia, while the economic benefits to the UK are questionable.

Nevertheless, the UK’s newfound geopolitical ambitions could show their first signs of realization in the Gulf, and the UK’s relationship with Saudi Arabia is viewed as key to establish itself as a global geopolitical power in the post-Brexit order.