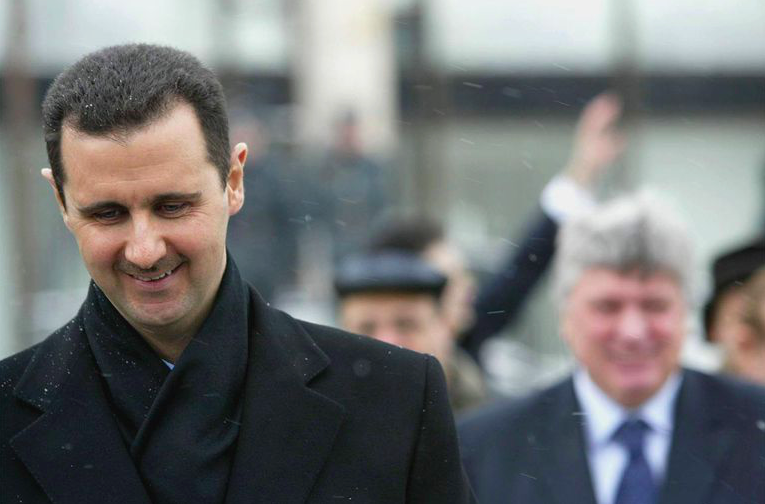 UAE objects to US sanctions on Assad

U.S. sanctions imposed on the government of President Bashar al-Assad, known as the Ceasar Act, is complicating the return of Syria to the Arab fold, the UAE’s Foreign Minister Abdullah Bin Zayed said on Tuesday.

The return of Syria to the Arab League is in the interest of Syria and other countries of the region, he told a told a joint news conference in Abu Dhabi, with his Russian counterpart Sergey Lavrov.

He further pushed for the reinstatement of war-torn Syria in the 22-member Arab League and noted the government and private sector “could play a role” in returning Syria “to normal” after years of ruinous war.

Sheikh Abdullah’s remarks underscore shifting regional dynamics as the 10-year anniversary of Syria’s civil war looms next week. The United Arab Emirates had supported the Syrian opposition during the early years of the war.

But as the Syrian army recaptured most of the territory from the opposition, the UAE and other Arab countries made openings toward Assad’s government. In 2018, the UAE reopened its embassy in Damascus, for the first time since the start of an organized Arab diplomatic boycott in 2011.

While Assad may have won the military war against his opponents with the help of backers Russia and Iran, he faces an even bigger challenge of governing while more than 80% of his people live in poverty.

Russian Foreign Minister Sergey Lavrov did not elaborate on the Syrian conflict at the press conference beyond saying that Russia “supports a political settlement” there, as well as in war-scarred Libya and Yemen.

The sanctions, which US officials said aimed to hold “accountable the Assad regime for atrocities it has committed against its own people”, target Syria’s president, his close circle of associates, family, senior security officials and troops, as well as the central bank and any institutions believed to have played a role in the violence during the war.

The US brushes off objection

The United States signaled Tuesday that it would not ease up on its stance toward Syria, hours after the top UAE diplomat implicitly criticized US sanctions that aim to cut off funds to the Assad regime.

Under the Trump administration, Washington enacted the Caesar Act in an effort to prevent foreign entities or nations from taking part in Syrian President Bashar al-Assad’s reconstruction plans.

These sanctions aimed to force Assad to comply with UN Security Council resolutions, specifically UNSCR 2254, which calls for a political transition to end the yearslong war.

As a result of the Assad regime’s gross violations and crimes against humanity, including using chemical weapons against civilians, the Arab League suspended Syria’s membership in 2011.

Asked about Sheikh Abdullah’s remarks, a US State Department official told Al Arabiya English that the only way to achieve stability in Syria and the region was through a political process “that represents the will of all Syrians.”

“We are committed to working with allies, partners, and the UN to ensure that a durable political solution remains within reach,” a State Department spokesperson said.

Assad has been accused of blocking humanitarian aid to the Syrian people while using dwindling state funds for personal gains.

“It is imperative for the regime and its supporters to engage seriously in political dialogue and allow humanitarian assistance to reach communities in need in order to achieve a sustainable end to the Syrian people’s suffering,” the State Department official said.

What is motivating the UAE’s approach?

The United Arab Emirates (UAE) supported the Syrian opposition during the early years of the war. But as the Syrian army recaptured most of the territory from the opposition, the UAE and other Arab countries made openings towards al-Assad’s government.

In 2018, the UAE reopened its embassy in Damascus for the first time since the start of an organised Arab diplomatic boycott in 2011.

What are the main motivations and interests behind this change in stance?

The UAE’s growing relations with Russia in recent years could certainly be a contributing factor. Foreign Minister of the United Arab Emirates Sheikh Abdullah bin Zayed Al Nahyan stated that the relations between the UAE and Russia are profound and continuous, noting that the two friendly countries enjoy a solid strategic partnership.

The Russian Federation is a reliable partner, most notably in terms of addressing the coronavirus (COVID-19) pandemic, he added, affirming that he is confident that the overall bilateral ties between the two countries will further progress.

Sheikh Abdullah made this statement during a joint press conference held with his Russian counterpart, Sergey Lavrov, who is currently visiting the UAE.

At the start of his speech, Sheikh Abdullah thanked Lavrov for the warm welcome and hospitality he received during his last visit to Moscow in December 2020, while stressing his keenness to enhance the relations between their countries.

“My country considers Russia a key partner, and the signing of the strategic partnership agreement between the two countries is a key step in boosting our bilateral relations,” he said.

“Since the official visit of Vladimir Putin, President of Russia, to the UAE in 2019, we have been working on boosting our partnership, and there is an 80 percent increase in the trade between our countries. We support the continuous growth in our trade, and we have joint plans for future projects in various sectors, such as banking, health, water and electricity, and agriculture,” Lavrov said.

Indeed, the UAE reportedly aided Russian mercenaries of the Wagner group in Libya, threatening relations with the US. Russia’s open support for the Assad regime has been clear in recent years, and the correlation between the UAE’s strengthening ties with Russia, and their strengthening support of the Assad regime.

Furthermore, some experts believe that Turkey’s increasingly pro-Assad stance is to counter Turkey’s growing geopolitical influence in the region. With diverse partnerships across an increasingly multipolar world, the UAE is adept at balancing other powers off each other in order to ensure that Abu Dhabi can maintain an independent foreign policy aimed at advancing Emirati interests.

On March 27, MbZ addressed this conversation in a tweet. “I discussed with Syrian President Bashar Assad updates on COVID-19. I assured him of the support of the UAE and its willingness to help the Syrian people. Humanitarian solidarity during trying times supersedes all matters, and Syria and her people will not stand alone.”

The MbZ-Assad exchange marked the first time since 2011 that an Arab leader spoke personally with Assad and later publicized that conversation.

As long as Ankara and Damascus remain in conflict, and the unsustainable situation in Idlib persists, the crises in Syria’s northwestern province will continue putting pressures on Ankara that other states, such as the UAE and Egypt, can exploit in order to weaken Turkey’s position.

Given the Trump administration’s support for Turkey’s Operation Spring Shield in 2019, and the Biden administrations’ strong opposition to the Assad regime, it is clear that Washington and Abu Dhabi are not on the same page when it comes to Assad and the crisis plaguing Idlib.