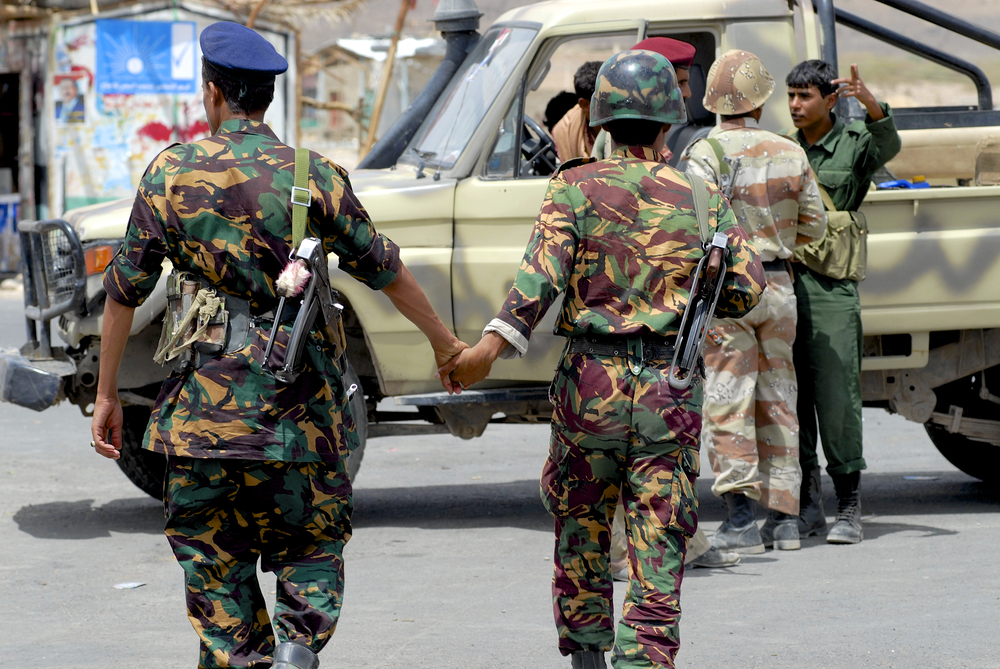 At the beginning of November last year, Yemen’s Hadi government who are backed by Saudi Arabia, and Yemen’s Southern Separatists backed by the UAE achieved a breakthrough in the ongoing Yemen conflict by signing a power-sharing agreement.

Saudi Crown Prince Mohammed bin Salman had said: “This agreement will open a new period of stability in Yemen.” According to details of the deal, the Southern Transitional Council (STC) – backed by the United Arab Emirates – was supposed to be handed a number of ministries, while the internationally-recognized government would have been able to return to Aden under control of the Saudi-led coalition.

The officials said the separatists had agreed to disband their militias, which would be integrated into President Abd-Rabbu Mansour Hadi’s forces. That meant Saudi-backed Yemeni President Abed Rabbo Mansour Hadi was expected to return to Aden and possibly put together a new cabinet. Furthermore, the deal also put the two groups in an alliance against a common enemy: the Houthis. In return for these concessions, the southern separatists would take part in United Nations-brokered talks between Hadi’s government and the Houthis rebels.

The agreement set the stage for the end of a long-running rivalry between the Saudi-supported Hadi government and the UAE-backed southern separatists. Both sides are supposed allies in the Saudi-led military coalition’s war against Yemen’s Houthi rebels, who control the country’s capital, Sanaa.

However, despite the positive steps, the deal was never implemented and in April, the separatists declared self-rule and seized control of Aden, a move that ignited fierce fighting across southern Yemen and the Socotra archipelago. The standoff between the UAE and Saudi Arabia has therefore continued, which has hampered not only efforts against the Houthis, but also efforts at resolving the worsening humanitarian crisis in Yemen.

Southern Separatists give up self-rule

Now, after the UAE’s intervention once again, it appears the UAE and Saudi Arabia might finally unite in Yemen. Yemen’s southern separatists have pledged to abandon their aspirations for self-rule and implement the Saudi-brokered power-sharing agreement with the government of President Abd-Rabbu Mansour Hadi. Nizar Haitham, a spokesman for the separatists’ Southern Transitional Council, an umbrella group of militias backed by the United Arab Emirates, said the separatists would give up their dreams of autonomy over southern Yemen to pursue the Riyadh agreement. “We have achieved our goals,” said Haitham, noting that the announcement came under intense pressure from Saudi Arabia and the U.A.E. “We affirm the continuing and deepening of our strategic partnership with the Arab coalition.”

The Southern Transitional Council’s (STC) announcement on Wednesday marked a big step towards closing a major front in Yemen’s chaotic war and came hours after Saudi Arabia presented a plan to “accelerate” the stalled peace deal’s implementation. The accord gives the STC representation in a new Yemeni government to be formed within 30 days. The agreement builds on a ceasefire between the separatists and government signed in June.

Saudi Arabia declared early Wednesday that it had proposed a plan to “accelerate” the deal’s implementation, which calls for the creation of a new government within 30 days and the appointment of a new governor and security director for Aden, according to the official Saudi Press Agency. Earlier on Wednesday, the Saudi plan had laid out commitments that have been obstacles for months, such as the formation of a government composed of 24 ministers with equal representation for northerners and southerners, including the separatists. It also asked for the withdrawal of rival forces from Aden and the flashpoint southern province of Abyan and gave Yemen’s current prime minister, Maeen Abdulmalik Saeed, the mandate to form a government over the next month.  Shortly after the STC’s pledge to rescind self-rule, Yemen’s state-run SABA news agency named the newly appointed security director and governor of Aden, Ahmed al-Amlas.

The rapprochement comes as Saudi Arabia and the UAE have sought to inch away from their war with the Houthi rebels, which has pushed millions to the brink of famine and settled into a bloody stalemate. Although the previous agreement and its breach by the UAE-backed STC do not give positive signals for this agreement, it seems the Yemen war has been tiring all parties, and the UAE’s best option is to unite with Saudi Arabia and seek peace.

Are the Houthis blocking further progress in Yemen?

While the UAE and Saudi Arabia are now coming to a peace deal, an important piece of the puzzle remains in order to ensure peace in Yemen as a whole. The Houthis, who both the Saudi-backed Hadi government and the UAE-backed STC are fighting, are needed in peace negotiations. Located about 170 kilometres away from Houthi-controlled Sanaa, Marib has repelled the Houthi group who has pushed their fighters towards the city relentlessly. It is a life and death battle for both sides. Marib has been a source of concern for the Houthis as they have zero influence on its leadership or people. Any ground advance they have made is in peril, and any gains they score could turn into a loss given the stiff resistance the entire province has put up.

The ongoing battle is not the Houthis’ first bid to bring Marib to its knees. In 2015, tribesmen in the province engaged in fierce clashes with the Houthis and succeeded in pushing them back. Taking over Marib has been a Houthi dream that has not come true so far, and it does not appear it will be achieved, and will not contribute to peace aims. Since the start of the year, the Houthis have gained ground in the Nehm district of Sanaa and Al-Jawf province which are adjacent to Marib. The collapse of the government forces in April had emboldened the Houthis to eye a military win in Marib. They want to bring the province under their rule because it is the richest one in Yemen’s north with significant fuel resources, namely gas and oil. Furthermore, the province has a strategic location. It is at a crossroad between Al-Beidha, Al-Jawf, Sanaa, Shabwa, and Saudi Arabia.

Furthermore, the Houthis have shown hostility to the UN as well, as Yemen’s Houthi rebel group on Saturday accused UN envoy Martin Griffiths of prolonging the conflict in war-torn Yemen.  “From his recent speech, it has become clear that the UN envoy to Yemen Martin Griffiths has broken away from neutrality and fairness that his mission requires,” rebel spokesperson Mohamed Abdel Salam tweeted.  “Griffiths became involved with the forces of aggression against Yemen, adopting their position completely,” he said, in reference to the Saudi-led coalition. The relationship between the Houthis and the UN envoy is tense as they refused to meet him in the Omani capital Muscat earlier this month after he held a series of talks in the Saudi capital Riyadh, which included Yemeni officials and others from the kingdom.

Most recently, Yemen’s prime minister said the international community should take strong action against Houthi “blackmailing and bargaining” over a decaying oil tanker, the state news agency Saba reported, as he warned about a looming environmental disaster in the Red Sea. The Safer tanker is carrying more than a million barrels of crude oil and is marooned off the Yemeni city of Hodeidah. Rust has eroded parts of the ship, allowing water to enter. The UN is also concerned with the situation.

Meanwhile, UN Undersecretary-General for Humanitarian Affairs Mark Lowcock on Tuesday warned that the humanitarian crisis in Yemen has never been worse. “Famine is again on the horizon. Conflict is again escalating. The economy is again in tatters. Humanitarian agencies are again nearly broke,” Lowcock told the Security Council in a briefing. “And then the new problems: COVID-19 is spreading out of control, and we have the sorry saga of the Safer tanker.” Lowcock warned that funding for the aid operations in Yemen is on the verge of collapse. The United Nations and partners used to provide food to 13 million hungry people every month in Yemen. Because of funding cuts, only 5 million of those people are still getting full rations. Eight million have had their rations cut in half. Similar cuts are affecting millions of people who rely on aid for water, health care and other needs, he said.

As all sides are tired of the conflict which has hardly brought any results for both sides, the Saudi-UAE agreement is an important step in reaching peace, providing they are ready to negotiate with the Houthis, and the Houthis reduce their agression towards the international community and attempts at peace.