KJ Vids is pleased to have launched the fourth episode in our Rise of China 2017 documentary series. In this episode you will learn more about the Sino-American conflict in the South China Sea.

Once both China’s dominant economic market and its physical infrastructure have integrated its neighbours into China’s greater co-prosperity area, the United States’ post–World War II position in Asia will become untenable.

The attempt to persuade the United States to accept the new reality has recently become most intense in the South China Sea. An area approximately the size of the Caribbean and bordered by China, Taiwan, Vietnam, Philippines and others of Southeast Asia, the sea includes several hundred islands, reefs, and other features, many of which are under water at high tide.

In 2012, China took control of Scarborough Shoal from the Philippines. Since then, it has enlarged its claims, asserting exclusive ownership of the entire South China Sea and redefining the area by redrawing the map with a “nine-dash line” that encompasses 90 percent of the territory. If accepted by others, its neighbouring countries have observed that this would create a “South China Lake.”

China has also undertaken major construction projects building ports, airstrips, radar facilities, lighthouses, and support buildings, all of which expand the reach of its ships and military aircraft and allow Beijing to blanket the region with radar and surveillance assets.

The United States has no doubt about what is driving this undertaking. As a recent Defense Department report notes, China’s “latest land reclamation and construction will also allow it to berth deeper draft ships at outposts; expand its law enforcement and naval presence farther south into the South China Sea; and potentially operate aircraft that could enable China to conduct sustained operations with aircraft carriers in the area.”

China’s longer-term objective is also clear. For decades it has chafed at the operation of US spy ships in waters adjacent to its borders.

While Chinese military planners are not forecasting war, the war for which they are preparing pits China against the US at sea. The powers that dominated China during the century of humiliation all relied on naval supremacy to do so.

Xi is determined to not make the same mistake, strengthening the navy, air, and missile forces of the PLA crucial to controlling the seas, while cutting 300,000 army troops and reducing the ground forces’ traditional dominance within the military.

Chinese military strategists, meanwhile, are preparing for maritime conflict with a “forward defense” strategy based on controlling the seas near China within the “first island chain,” which runs from Japan, through Taiwan, to the Philippines and the South China Sea. A third world war is not inevitable, but if there is to be WW3, it will certainly begin here.

In the first episode we had a look at the scale of China’s Economy today and China’s economic development, to understand why China has become a favourite by analysts around the world to become the great power of the 21st century.

In the second episode we took a look at the challenges that China will have to overcome in order to assert its influence over the world. Is there a China economic bubble? Will China’s Economy collapse? This video will hopefully develop your understanding of the Chinese Economy.

The research for this video was based on an excellent book by Graham Allison called “Destined for War”. If you wish to buy it, using the link below will allow KJ Vids to generate a small commission which would help our YouTube Channel. Thank you. 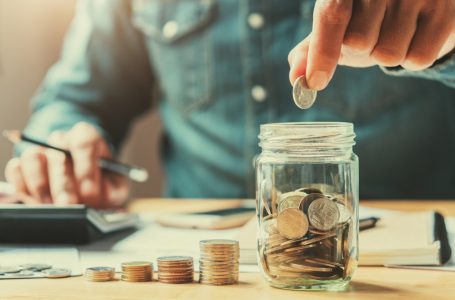