Its territory is roughly the size of Turkey, France, Germany and Japan put together.

But much of this territory is desert. Saudi Arabia’s arable land per capita, according to the World Bank, is just 0.1 hectares per person.

The Saudi state is an artefact of Western imperialism, growing out of the dissolution of the Ottoman Empire after World War I.

Ever since, Saudi has fallen prey to sectarian politics and have relied on the support from Britain and the US.

Looking out from Riyadh, the Saudi leadership sees potential border-region threats in almost every direction.

During the Cold war they tried to combat the Shiite Iranians, the Pan Arab Nasserites in Egypt and the Ba’athists in Iraq.

Along its maritime borders the Saudis are insecure, a result of the narrowness of the Red Sea and Persian Gulf.

Saudi Arabia is outnumbered in the Gulf even just by the Kuwaitis, Qataris, and Emiratis, with 15 million people combined.

Saudi is also worried about threats from within. Foreign-born labourers outnumbercitizens in many of these Gulf States.

Finally, with a tribalistic power structure and large divided Royal family, Saudi’s leaders constantly face threats from their own blood.

Without the support for Saudi Arabia from an outside power like the US, Saudi would barely be able to survive. 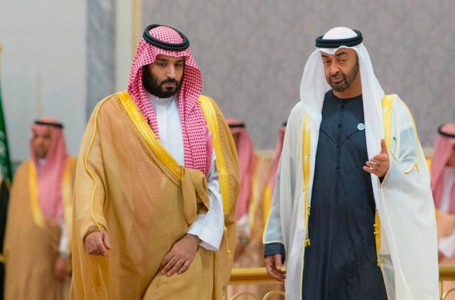