The Iranian Revolution of 1979 was a popular uprising in Iran in 1979 that resulted in the toppling of the monarchy of Mohammad Reza Shah Pahlavi.

In 2016 it was revealed that the US had extensive contact with Ayatollah Khomeini before the Iranian revolution.

Documents seen by the BBC suggest that the Carter administration paved the way for Khomeini to return to Iran by holding the army back from launching a military coup.

A 1980 CIA study says “in November 1963 Ayatollah Khomeini sent a message to the United States Government through a Tehran University professor called Haj Mirza Khalil Kamarei, in which he explained “that he was not opposed to American interests in Iran” and that “on the contrary, he thought the American presence was necessary as a counterbalance to Soviet and possibly British influence”

In January 1979, in what was officially described as a “vacation,” the shah and his family fled Iran.

Crowds in excess of one million demonstrated in Tehrān, proving the wide appeal of Khomeini. 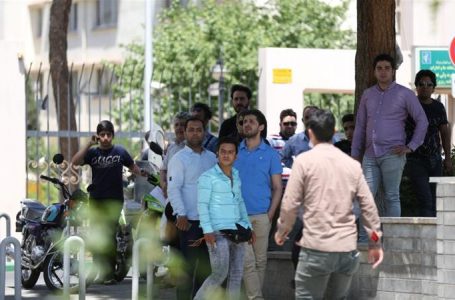