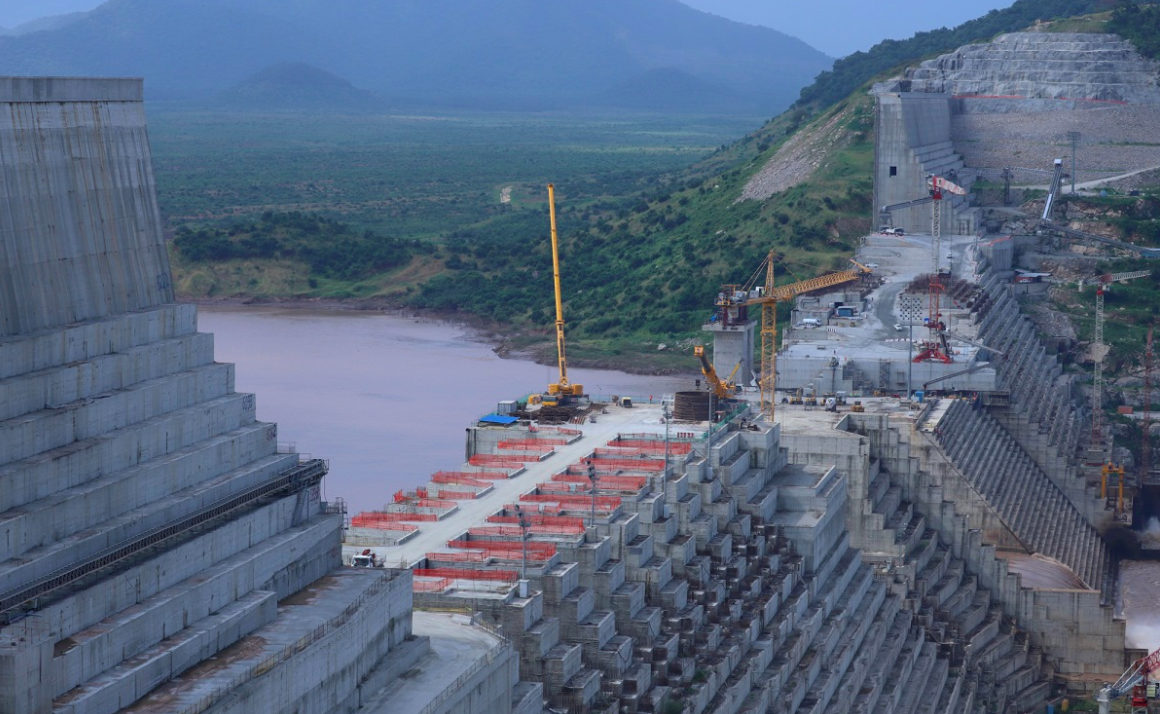 Negotiations between Ethiopia, Sudan and Egypt, in a long-running dispute over the Grand Ethiopian Renaissance Dam (GERD) on the Blue Nile, have reached a new impasse, the three countries said last month.

“We cannot continue this vicious cycle of circular talks indefinitely,” Sudanese irrigation minister Yasir Abbas said in a statement.
However, Egypt and Ethopia, in separate statements, blamed Sudanese objections to the framework for the talks for the new impasse.
Ethiopia sees the dam as key to plans to become Africa’s largest power exporter. Egypt, which gets more than 90% of its scarce fresh water from the Nile, fears the dam could devastate its economy.
Regardless of how just the Egyptian and Sudanese demands are and how important it is for these countries to reach a binding agreement that safeguards Ethiopia’s right to development and Egypt’s right to life through the water of the River Nile, Ethiopia has been accused of remaining arrogant, intransigent and indifferent to the principles of international law.
Sudan said it was concerned the dam could overwhelm its nearby Roseires dam if an agreement is not reached that would allow the countries to share data.
Ethiopia said in a foreign ministry statement that despite previously insisting on meetings with the African Union experts, Sudan objected to their terms of reference and refused to include the experts in the meeting, effectively halting the talks.
The prolonged dispute between the three countries has continued even after the reservoir behind the $4 billion dam began filling in July.
“Sudan insisted on the assigning of African Union experts to offer solutions to contentious issues … a proposal which Egypt and Ethiopia have reservations about,” Egypt’s foreign ministry said in a statement posted to social media.

The Egyptian Minister of Irrigation and Water Resources Mohamed Abdel-Ati has accused Ethiopia of being responsible for the paused negotiations on the Grand Ethiopian Renaissance Dam (GERD) and the failure to reach an agreement.

The minister told the Egyptian parliament that “there is stubbornness on the Ethiopian side in the Renaissance Dam negotiations issue. It retreats from the terms that were agreed upon.”

He said that the GERD delay is a problem for the Egyptian state, noting that the Ministry of Irrigation works on the technical side of the dam, while the Ministry of Foreign Affairs handles political and legal aspects.

Abdel-Ati said that the US mediating side initially assisted in a draft agreement, which Egypt signed, but Ethiopia rejected the draft.

“Four meetings were held under the auspices of the African Union and five six-way meetings, in the presence of the ministers of irrigation and foreign affairs, and no agreement was reached,” he added.

Abdel-Ati noted that Egypt had responded to the initiative of the Sudanese prime minister, and many tripartite meetings were held, but they did not result in any progress.

“Currently, we are trapped in a vicious cycle of negotiations,” Ibrahim told the Dubai-based Al-Arabiya television. “Sudan has no demands other than participating in the administration of the dam project and sharing information.”

Sudan stands to gain from the dam’s hydropower and flow regulation but worries that filling the giant dam without an agreement threatens the safety of its own dams.

Sudanese Minister of Irrigation and Water Resources Yasser Abbas said Jan. 24 the GERD poses a direct threat to the Roseires Dam, the largest in Sudan. “Since war is not an option, Sudan has started a diplomatic effort to urge the international community to shoulder its responsibility toward the Ethiopian threat to half of Sudan’s population on the Blue Nile,” he said.

Abbas continued, “Sudan will not allow the filling and operation of the GERD without a binding agreement that guarantees the safety of the country’s dams and lives of its population.”

Sudan and Ethiopia are engaged in a border conflict over the disputed al-Faqsha border region. Khartoum says the area around al-Fashqa was demarcated under colonial-era treaties dating back to 1902 and falls into the country’s border.

How dangerous is the situation?

Egypt and Ethiopia’s insistence on their stances, as well as Sudan and Ethiopia’s already existent border conflict are major factors that are heating up tensions, to the brink of considerations of war if no solution is found. This result has already previously been examined.

As another attempt at a deal between Egypt and Ethiopia has failed, both sides are increasing their frustrations, and tensions are increasing. Considering the importance of the project to Egypt with regards to its water inflow, and Ethiopia in generating electricity for its population, it seems that if a deal between the 2 nations is not reached, there is a chance of armed conflict. This was confirmed In an interview with Al-Monitor in September 2019, where Egyptian Foreign Minister Sameh Shoukry said that “For Egypt, the matter of the Nile is a matter of life and death,” adding, “I don’t think anybody would agree that Ethiopian development should come at the expense of the lives of Egyptians.

Now that Ethiopia is filling the dam since July, despite an agreement not being reached, a continuation of this could push the countries to the brink of military conflict, as predicted by experts last year.

The Arab League said on Tuesday that it supports the rights of Egypt and Sudan in the Grand Ethiopian Renaissance Dam (GERD) dispute, warning Ethiopia about rising tensions over the issue.

It also said that Ethiopia “must deal rationally” to protect Egyptian and Sudanese rights in the dispute. This language is highly suggestive of the high stakes at hand.

As stated last year, and even more true now, the threat of war and military conflict is therefore a real one, and highlights the importance of reaching a deal in the near future, as time appears to be running out.