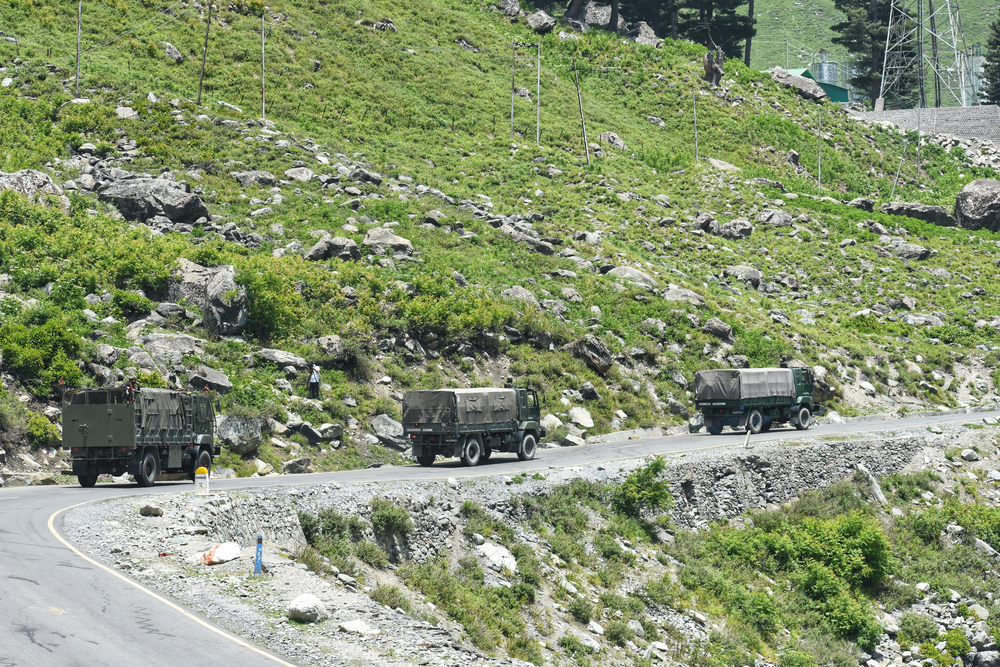 Tensions rise on the China-India border

Tensions have once again hit a worrying peak in recent days between India and China. China and India have accused each other of firing shots on their flashpoint Himalayan border in a further escalation of military tension between the nuclear-armed Asian rivals.

Military activities along the unofficial border, which zigs and zags through some of the highest mountain ranges on Earth, are difficult to verify. But according to a statement from the Chinese military, Indian troops on Monday “took the outrageous step of firing warning shots” near a Chinese border patrol. India’s actions, the Chinese said, were “a grave military provocation of a vile character.” Indian officials, however, denied their soldiers had fired any shots and said it was the Chinese who broke the long tradition of refraining from using firearms, a protocol in place for decades.

“Despite the grave provocation, (our) own troops exercised great restraint and behaved in a mature and responsible manner,” the statement said. The countries fought a brief border war in 1962 but, officially, no shots have been fired in the area since 1975 when four Indian troops were killed in an ambush.

China’s western military command said the incursion occurred on Monday along the southern coast of Pangong Tso Lake in the area known in Chinese as Shenpaoshan. On the Indian side, the area is known as Chushul, where the two countries’ local military commanders have held several rounds of talks to defuse the tense standoff.

Tensions had already been rising

Tensions between India and China had already been increasing at an alarming rate in the past months, and since last year in general. While China has been using its growing economic might to establish its dominance in Asia and become the world’s largest superpower, it has also been using its military and geopolitical influence to assert its dominance. India is one of the main obstacles standing in its way due to its size, power, and backing from the US.

China has been using its domestic economic expansion to increase its economic and production capacity in South East Asia, developing a strong manufacturing presence in several neighbouring countries and more recently as far as Iran. Consequently, China tried to do the same in India, through the proposal of several agreements. However, Indian Prime Minister Narendra Modi’s administration didn’t let China flood India with its manufacturing products, the way it did with Pakistan. Last year, Modi declined to sign the Regional Comprehensive Economic Partnership (RCEP) at the Association of Southeast Asian Nations (ASEAN) summit in Bangkok.  China is the biggest member of RCEP, and its manufacturing products could flood India’s markets, once the agreement takes effect; and widen further widening the trade deficit between India and China.

More recently, on June 15, tensions between India and China shot up as the two countries traded blame for triggering the high-altitude brawl in the Galwan Valley on June 15, in which 20 Indian soldiers were killed and at least 76 were injured. The June border clash saw soldiers engaged in brutal hand-to-hand fighting with clubs and staves about 4,270 metres (14,000 feet) above sea level amid sub-zero temperatures. It was the worst border skirmish in nearly 50 years.

India has recently been enforcing its defence and military strength, which has been recently accelerated by the geopolitical tensions with China. India in June approved the purchase of 33 Russian fighter jets and upgrades to 59 warplanes at a cost of ₹18,148 crores amid rising tensions with China and about two weeks after the deadliest border clash in more than four decades between the two Asian nations. MiG-29 and 12 Sukhoi Su-30MKI fighter aircraft were purchased costing $2.43bn to augment its air force.

The two powers have also been engaged in an economic war, as India banned 59, mostly Chinese, mobile phone applications in retaliation to the killing of its soldiers that has caused an anti-Chinese backlash. This may be just the start, with other measures likely to follow if tensions along the Line of Actual Control (LAC) continue without disengagement.

Furthermore, Pakistan and China have been strengthening not only economic but also geopolitical ties in recent months, which has led many to believe targets India, as the main regional threat to China’s dominance, as well as Pakistan’s historical geopolitical rival.

Will a war erupt between the two powers?

As tensions increase to unprecedented levels in recent history, where both sided accuse each other of firing shots, many experts believe that a military confrontation could take place.

India appears to be ramping up its defences more than ever, attempting to get an edge over China. The latest example of this is the cutting-edge hypersonic missiles that could massively increase the potency of Indian Navy warships in a future conflict. India test fired its first hypersonic missile demonstrator on Monday. The test comes amid heightened tensions with China. There have been a series of clashes and shots fired on the border the same day. The rivalry between the two powers extends into the maritime domain where the rapid expansion of the Chinese Navy may soon reach into the Indian Ocean.

The indigenous Hypersonic Technology Demonstrator Vehicle (HSTDV) should prove technologies which can be incorporated into next generation weapons. This may be one way that the Indian Navy can counterbalance the Chinese Navy’s move into ant-ship ballistic missiles. The HSTDV test vehicle has been developed by DRDO (Defence Research and Development Organisation). It has a short range and does not carry a warhead. An anti-ship missile using the same technology could have a range of several hundred miles. But the increased speed, relative to current missiles, may come at the expense of range. Hypersonic missiles can still have a useful range however and their speed makes them extremely difficult to counter.

For 45 years, a series of agreements, written and unwritten, maintained an uneasy truce along the border on the eastern edge of the Himalayan region of Kashmir. But moves and clashes over the past few months have made the situation unpredictable, raising the risk that a miscalculation from either side could have serious consequences that resonate beyond the cold-desert region.

“The situation is very dangerous on the ground and can spiral out of control,” said Lt. Gen. D.S. Hooda, who served as the Indian military’s Northern Commander from 2014 to 2016. “A lot will depend on whether the two sides are able to control the volatile situation and make sure it doesn’t spread to other areas.”

Wang Lian, a professor of international relations at Peking University in Beijing, said the possibility of open warfare is unlikely because both sides have shown restraint in recent encounters. But he also said that New Delhi is under pressure from domestic anti-China sentiment and has been emboldened by tougher U.S. measures against Beijing.