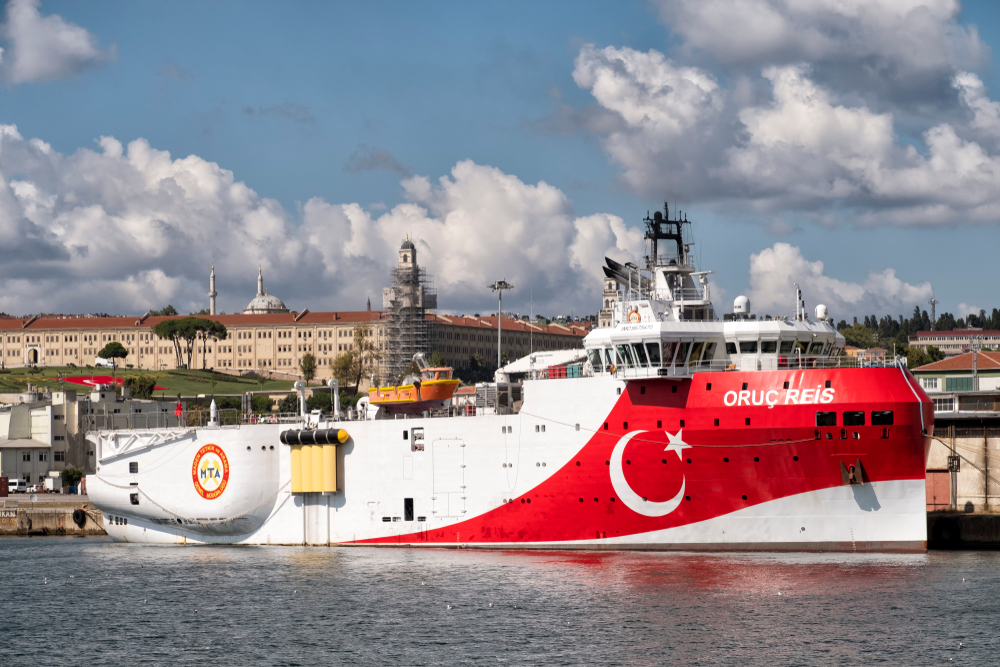 Turkey has resumed survey activities for oil and gas in disputed waters in the eastern Mediterranean in a move reigniting the tension with its neighbors and EU members Greece and Cyprus.

The Oruc Reis seismic survey vessel has returned to location in the Mediterranean and started taking data on Wednesday, Reuters quoted Turkey’s Energy Minister Fatih Dönmez as saying at a virtual conference today.

Tensions between European Union (EU) members Greece and Cyprus on the one hand, and Turkey on the other, flared up again in recent months after Turkey resumed drilling and exploration for oil and gas in the eastern Mediterranean in waters that Greece and Cyprus consider part of their territorial waters.

Turkish President Recep Tayyip Erdogan on Wednesday accused Greece and Cyprus of failing to fulfil “promises” made during negotiations within the European Union and NATO and said his country would continue to give them “the response they deserve”.

“Our Oruc Reis has returned to its duty in the Mediterranean,” Erdogan told legislators of his ruling party in a speech in parliament. “We will continue to give the response they deserve on the field, to Greece and the Greek Cypriot administration who have not kept their promises during talks within the EU and NATO platforms.”

He did not spell out what the promises were, but Turkish officials have been accusing Greek officials of engaging in a series of “provocations” despite efforts to revive the so-called exploratory talks between the neighbours that were aimed at resolving disputes and were last held in 2016.

Turkey slammed for latest actions in the Mediterranean

The United States said it “deplores” Turkey’s decision to renew geological survey activity in areas in the Eastern Mediterranean that Greece claims are within its territorial waters.

In a statement on Tuesday, State Department spokesperson Morgan Ortagus called the move a “calculated provocation” set to inflame tensions within Nato, a position similarly shared by Germany’s foreign minister.  “Turkey’s announcement unilaterally raises tensions in the region and deliberately complicates the resumption of crucial exploratory talks between our NATO Allies Greece and Turkey,” Ortagus said.

Both Turkey and Greece claim areas of the Eastern Mediterranean, where experts believe there are vast, untapped hydrocarbon resources. “Coercion, threats, intimidation, and military activity will not resolve tensions in the Eastern Mediterranean,” Ortagus continued, stressing the need to end attempts to survey the area and immediately begin exploratory talks with Greece.

Furthermore, Germany’s foreign minister on Tuesday criticized Turkey for “unilateral steps” in the eastern Mediterranean that are undercutting efforts to de-escalate tensions with Greece and Cyprus over sea boundaries and drilling rights. Heiko Maas said that it’s now up to Turkey to create the conditions “without further provocations” that will allow negotiations to move forward. Maas said any attempt by a Turkish survey ship to begin prospecting for hydrocarbons in disputed waters, including an area just off the secluded Greek island of Kastellorizo, would strike a “serious blow” to efforts at easing tensions and improving ties between the European Union and Turkey.

Turkey is calling for dialogue to resolve matters in the Aegean and Eastern Mediterranean regions, the country’s defense minister said Monday.

“Do not test us. Let’s solve whatever needs to be done through talks, through dialogue,” said Hulusi Akar, speaking at a ceremony marking the start of the new academic year at the National Defense University’s Air Force Academy.

Turkey says it is in favor of good neighborly relations, respecting bilateral agreements in accordance with international law and customs in resolving all its problems, he said on developments in the Aegean, Eastern Mediterranean and Cyprus.

On the other hand, Turkey states that it has not seen such an approach from others or response to its efforts to resolve the problems in accordance with international law.

Meanwhile, Greece has said that it will not sit for exploratory talks with Turkey as long as Oruç Reis vessel remains in the Eastern Mediterranean, the Greek foreign minister said on Oct. 13.  During a news conference with his Canadian counterpart Francois-Philippe Champagne, Nikos Dendias accused Turkey of not being a “credible interlocutor” after Turkey’s 10-day Navtex (navigational telex) in the region.

Turkey and Greece agreed to hold the 61st round of exploratory talks in Istanbul soon. The 60th round, the last of the exploratory talks initiated between the two countries in 2002, was held in Athens on March 1, 2016. After this date, the bilateral negotiations continued in the form of political consultations but did not return to an exploratory framework.

Should Greece agree to go ahead with the talks, then there may be a chance of reducing tensions, however this will be tough considering Turkey seems unlikely to back down a second time.