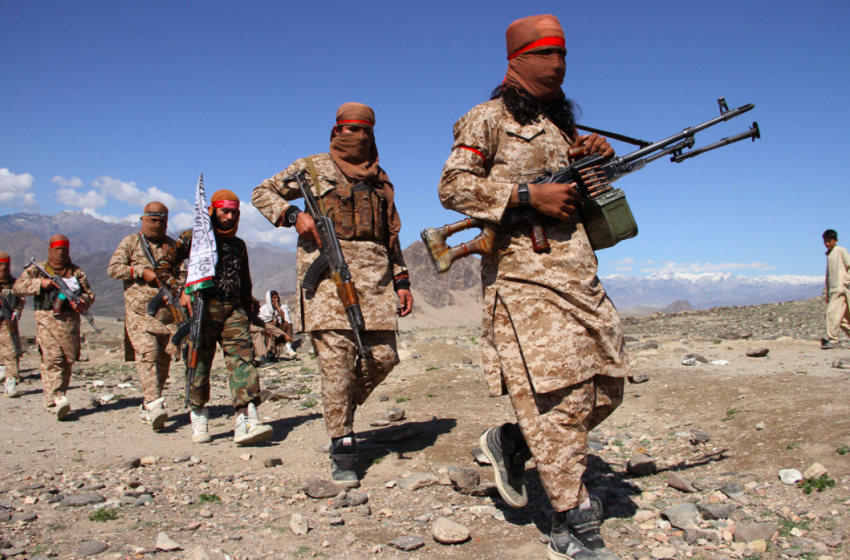 The Taliban has continued to advance on urban centres in Afghanistan after capturing smaller administrative districts in the past weeks, claiming to have taken over a sixth provincial capital in four days.

The Afghan forces have meanwhile tried to push back the Taliban’s advance, alleging to have killed more than 500 members of the armed group.

The battle between the Taliban and Afghan forces has intensified as foreign troops are scheduled to withdraw from the war-torn country by August 31.

Late on Sunday afternoon, the Taliban flew its flag from the main roundabout in the northern city of Kunduz.

It marked the third time in seven years that the armed group had managed to wrest control of what the government had hoped would be a model for all of Afghanistan’s 34 provinces.

Residents speaking to Al Jazeera said the Taliban’s offensive on the eponymous capital began early on Saturday morning and by the next afternoon, the group had officially seized control of Afghanistan’s fifth-largest city.

The Taliban has captured two more cities in Afghanistan, taking the number of provincial capitals the group has seized since Friday to eight.

Farah city of the eponymous southwestern province and Pul-e-Khumri of the northern province of Baghlan both fell to the armed group on Tuesday. Local sources confirmed the capture of both provincial capitals to Al Jazeera.

“This afternoon the Taliban entered the city of Farah after briefly fighting with the security forces. They have captured the governor’s office and police headquarters,” Shahla Abubar, a member of Farah’s provincial council, told the AFP news agency on Tuesday.

The Taliban has captured the province’s central prison, according to parliamentarian Abdul Nasri Farahi.

Farah is now the second provincial city in the southwest of Afghanistan that the group has taken. On Friday, the Taliban captured neighbouring Nimruz province.

The capture of Farah also provides another border crossing into Iran for the group.

On Tuesday, the Taliban captured Pul-e-Khumri, capital of Baghlan province and about 200km (125 miles) north of Kabul, a member of parliament from the area and an army officer told AFP.

“After about two hours of fighting the security forces were overpowered and retreated,” said Mamoor Ahmadzai, the lawmaker.

The Taliban has long garnered strong support from rural Afghanistan, which has become poorer during the last 20 years of the US presence, while the central government has held urban areas, which have received more aid from Kabul compared to rural regions located in unhospitable mountainous terrains.

Turkey and Iran have been affected by a large flow of migrants from Afghanistan, as the country’s long-running conflict intensifies. The Taliban already controls large portions of the countryside and challenges Afghan forces in several large cities.

Turkey and Iran are the countries most affected by the migration problem caused by increasing tensions caused by the advance of the Taliban in Afghanistan, Parliament Speaker Mustafa Şentop stated on Thursday.

Speaking during a meeting with the head of the Iranian Parliament Mohammad Bagher Ghalibaf in an official visit to the country, Şentop underlined that the migration problem and instability in Afghanistan is a common problem of Islamic countries.

“We have to increase our cooperation to ensure stability and stop the migration wave from Afghanistan.”

Concerns over a possible spike in migrants from Afghanistan before the United States pullout have risen.

Video footage has shown large groups of migrants in the border area with Iran, although the Turkish government says there has been no surge yet in numbers.

Turkey, which hosts around 4 million refugees, is currently building new security measures on its eastern border. Afghans are believed to be the second-largest refugee community after Syrians.

The United Nations recently estimated half of Afghanistan’s 39 million people are in need of aid, and called on the international community to maintain financial support for the country.

Turkish Defence Minister Hulusi Akar said last week that surveillance at the Iranian border had been increased with additional troops, among other measures.

Turkey is also erecting a wall along parts of the 300-kilometer (186-mile) border.

Many of the migrants arriving via Iran are heading for Istanbul to find work or passage to another coastal city from which to embark for Europe.

Will the US allow the Taliban to take control?

Should the Taliban take the reins of the Central Asian nation as it did two decades ago prior to the US-orchestrated occupation of Afghanistan in 2001, everything from the NATO-led invasion to the military, political and financial investments made in strengthening the Kabul government will effectively come to naught.

The US does not appear to be backtracking from its decision, but several developments have occurred due to the unexpected rapidness of the Taliban’s advance.

President Joe Biden’s envoy for Afghanistan will meet with the Taliban’s political leadership this week to urge them “to stop their military offensive and to negotiate a political settlement,” the State Department announced.

But as the militant group seized a seventh provincial capital Tuesday, Biden’s administration is making clear that it will not halt the U.S. military withdrawal, even as nearly daily American airstrikes are one of the last things keeping more cities from falling into Taliban hands.

A U.S. peace envoy brought a warning to the Taliban on Tuesday that any government that comes to power through force in Afghanistan won’t be recognized internationally.

Per an Associated Press report on August 10, Khalilzad came with a warning, too: That “there was no point in pursuing victory on the battlefield because a military takeover of the capital of Kabul would guarantee [the Taliban] will be global pariahs.”

The US has therefore appeared to shift its stance to accepting the Taliban’s power in Afghanistan, and to a policy of containment, similar to their policy towards Iran.

Despite their supposed attempts to negotiate with the Taliban, the US has visibly accepted the status quo in Afghanistan, as it prepares to isolate the country. It therefore seems unlikely that the Taliban will be stopped by the US, or the Afghan government.