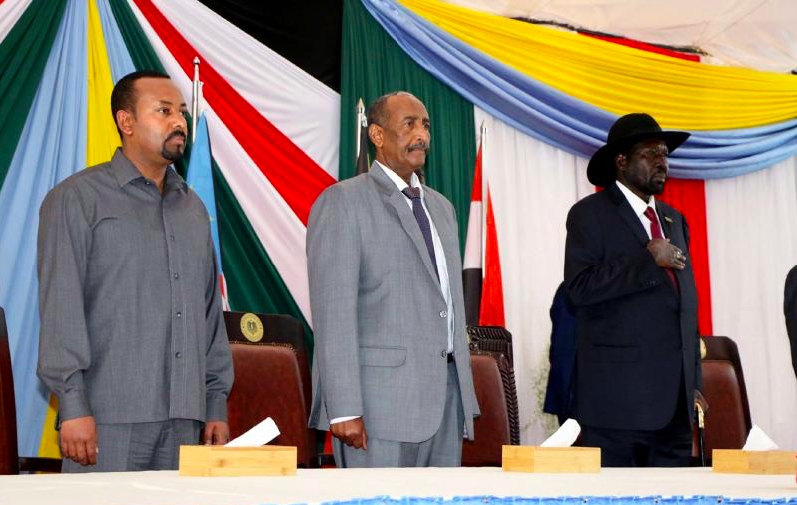 Sudan and Ethiopia share a common boundary that stretches over 1,600 kilometers (994 miles). The border was drawn following a series of treaties between Ethiopia and the colonial powers of Britain and Italy. However, to date, this boundary lacks clear demarcation lines.

Sudan’s al-Fashqa region which covers approximately 600 km, is a rich fertile land conducive for agriculture. For decades, Ethiopia has allowed its farmers to plant crops there.

Former Sudanese President Omar al-Bashir largely turned a blind eye to his country’s territorial incursion. However, Sudan’s transitional authorities, who took over after popular protests which eventually led to the ousting of al-Bashir, have initiated talks with Ethiopia in a bid to have to Ethiopian farmers withdraw.

For the first time in nearly 25 years, Sudan deployed its troops along the al-Fashqa border strip at the end March. This came after an attack which prompted a top security team to visit the area.

“There are old problems. Herders have lost their livestock and farmers have lost their lands,” Lieutenant General Abdel Fattah Al-Burhan, Chairman of Sudan’s Sovereignty Council, said in an interview with the national network, Sudan TV, after touring the border region. Al-Burhan defended the troop deployment saying the armed forces were left with no choice but to protect their territory because the Ethiopians had imposed their presence.

Sudan’s military has vowed that it is willing and ready to protect its citizens and territory.

Sudan strongly condemned on Sunday “Ethiopian aggression” on its territories and the direct violation of its sovereignty and the safety of the Sudanese lands, state news agency SUNA reported.

The Sudanese Foreign Ministry issued a statement describing the aggression on Sudanese territories as “an unacceptable and regretful escalation.”

“The aggression contradicts the values of good neighborliness and the positive treatment between the countries to strengthen security and stability” the statement was cited by SUNA.

The statement said that Ethiopia’s actions would have a dangerous impact on security and stability in the region, adding that Sudan holds Ethiopia fully responsible for the consequences of its aggression. However, the statement did not specify the nature of the new aggression and whether it had led to casualties on the Sudanese forces. Sudan called on Ethiopia to return to dialogue, and to complete the re-demarcation of the agreed borders and to place signs indicating them.

Tensions in the border region have flared since the start of the conflict in Ethiopia’s northern Tigray region in early November and the arrival of more than 50,000 mainly Tigrayan refugees in eastern Sudan.
Disputes have been concentrated on agricultural land in Al-Fashqa, which falls within Sudan’s international boundaries but has long been settled by Ethiopian farmers, as explained above.

There have been armed clashes between Sudanese and Ethiopian forces in recent months, with both sides accusing the other of instigating the violence. The two countries held talks in January in Khartoum over the issue.

Sudan has summoned its ambassador to Ethiopia for consultations over the latest developments in the ties between both countries, a spokesman for the Sudanese foreign ministry told Reuters on Wednesday.

Ethiopian foreign ministry official spokesman Dina Mufti and state minister of foreign affairs Redwan Hussein could not immediately be reached for comment on Sunday following the incident and did not return messages.

Sudan said last month that an Ethiopian aircraft had crossed the border, an allegation that Ethiopia denies.

Could this compromise talks surrounding the Renaissance dam?

The escalation of the border dispute could complicate Ethiopia’s plan to construct the Grand Ethiopian Renaissance Dam (GERD). On Wednesday, Sudan wrote to the UN Security Council calling on it to urge Ethiopia and Egypt, not to take unilateral action on the dam. Sudan had initially backed Ethiopia’s project but later refused to sign on an initial agreement which would have paved the way for Ethiopia to begin filling the dam.

Sudan’s Irrigation Minister Yasser Abbas has warned Addis Ababa against a planned phase second filling of a controversial dam reservoir without signing an agreement with the stakeholders, adding that the move threatens the safety of Sudanese citizens who live on the banks of the Blue Nile river.

Ethiopia has held several rounds of talks with Sudan and Egypt, which fear that the construction of the Grand Ethiopian Renaissance Dam (GERD) will lead to water shortages in their countries.

A new round of talks between the three neighbours began last month, but quickly broke down without crucial breakthroughs. Earlier attempts at resolving the dispute were also rendered fruitless.

However, for Ethiopia analyst Davison, the border dispute has little to do with GERD. “Ethiopia and Sudan are holding regular discussions to prepare the ground for the resumption of trilateral GERD talks, so the process is restarting rather than stalled,” Davison said. “It does not appear therefore that the border incident has caused a significant disruption to the negotiations.”

Furthermore, Leaders of Sudan and Ethiopia will separately travel to Juba next week to start a mediation bid by the South Sudanese government to defuse the border dispute.

Senior presidential aide Tut Gatluak, who has been travelling between Khartoum and Addis Ababa in recent weeks for talks with their leaders on the dispute, announced the visits on Wednesday.

In addition to this,if offered, Ethiopia would appreciate the Turkish government’s mediation on the recent border conflict with Sudan, said the Ethiopian Foreign Ministry spokesperson on Tuesday.

In an exclusive interview with Anadolu Agency, Ambassador Dina Mufti underscored that the Ethio-Sudanese border conflict could be solved through diplomatic means.

Noting that Turkey has close relations with both Sudan and Ethiopia, the ambassador urged Ankara to tell “our Sudanese brothers” that war is not in the best interest of either nation.

Therefore, although a further escalation in tensions would certainly jeopardize the Nile dam talks, it appears both sides want to avoid such a conflict, and are pursuing diplomatic means to avoid this.