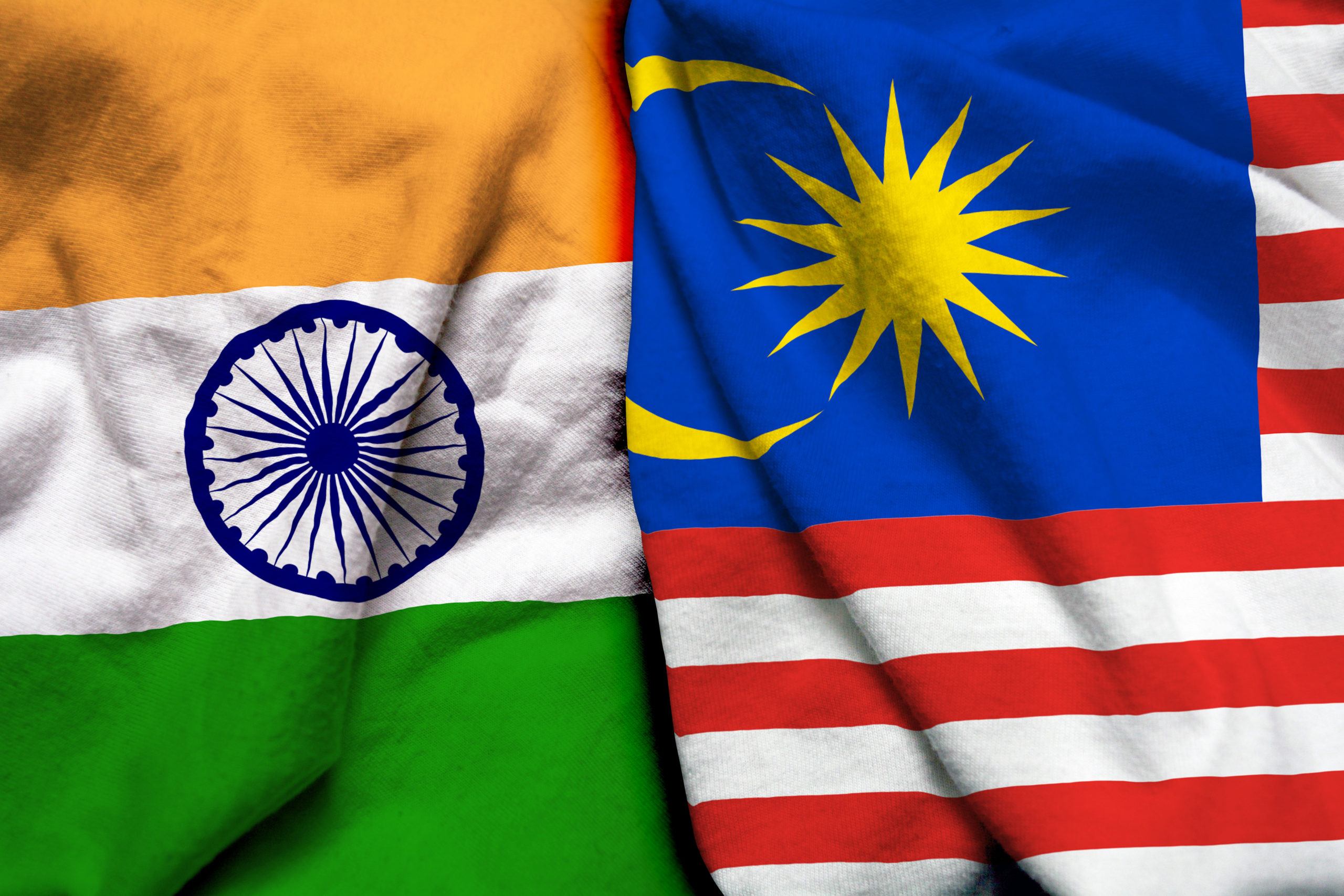 India and Malaysia flag together

India and Malaysia flag together

Two months ago, after India’s lockdown of Kashmir, Malaysia’s PM Mahathir Mohamad objected to the move, which sparked an angered reaction from India and sent Indian-Malaysian relations downhill. India was furious after Mahathir Mohamad said New Delhi had “invaded and occupied” Jammu and Kashmir during his address in New York City at the 74th session of the UN General Assembly on Sept. 27.

“We felt that the people of Kashmir had benefited from the UN resolution, and all countries should abide by it, not just India or Pakistan but even the United States. “Otherwise, what’s the use of having the UN?” Mahathir told reporters in Kuala Lumpur on Oct. 22.  He also criticized India for revoking the special status of Jammu and Kashmir, which has a Muslim majority population. As a result, numerous posts with the hashtag #BoycottMalaysia from users in India were trending on Twitter. Malaysian users responded with #BoycottIndia tweets.

In retaliation against Mahathir’s remarks, a prominent group of Indian traders has called for a boycott of Malaysian palm oil, for which India is the third-biggest market. This came into effect, and a near one-month suspension of the purchase of Malaysian palm oil took place. Many saw this as a sign of India’s aggressive stances to regional criticism similar to that of China.

It appears the speech also gave Malaysia an opportunity to strengthen ties with Pakistan, which also pushes it further away from India. In fact, Deputy Foreign Minister of Malaysia Dato Marzuki Bin Haji Yahya called on Foreign Minister Shah Mahmood Qureshi and discussed the bilateral ties and upcoming KL Summit to be held in Kuala Lumpur. Foreign Minister Qureshi appreciated Malaysia for its principled position on the Jammu and Kashmir dispute and briefed the deputy foreign minister on Indian government’s aggressive posturing after its illegal and unilateral actions to change the internationally recognized disputed status of Indian Occupied Jammu and Kashmir (IOJ&K) and alter its demographic structure.

This is a negative development for any prospectives of India returning to Malaysia, and risks stronger action and more boycotts from India.

It seems India’s need and reliance on Malaysia’s Palm oil could be a factor in easing tensions and re-establishing relations between the 2 countries, and Malaysia appears willing to re-establish the trade of this valuable commodity to increase their advantage in their competition with Indonesia who are the biggest palm oil producers.

Furthermore, 2 weeks ago, Indian refiners have resumed buying Malaysian palm oil as Kuala Lumpur began offering a $5 a ton discount over supplies from rival Indonesia, according to Reuters. The resumption in purchases by India, the biggest buyer of Malaysian palm oil this year and which has contracted some 70,000 tonnes for December, could support Malaysian palm oil prices FCPOc3, which are near their highest in two years.

It is also clear why Malaysia readily accepted this, as palm oil is crucial for the Malaysian economy as it accounted for 2.8% of Malaysia’s gross domestic product last year and 4.5% of total exports. Palm oil accounts for nearly two-thirds of India’s total edible oil imports.

India buys more than 9 million tonnes of palm oil annually, mainly from Indonesia and Malaysia. In the first 10 months of 2019, India bought 4.1 million tonnes of Malaysian palm oil, Malaysian Palm Oil Board (MPOB) data showed. This shows how crucial the purchase of Palm Oil is to Indian consumption and the proportion of their oil imports.

Both sides show signs of willingness to ease tensions

Contrary to some beliefs, Malaysia and India actually have extensive trade relations aside from that of Palm Oil, as, besides palm oil, Malaysia’s trade with India includes oil and gas, automobiles, chemicals, electrical and electronics, food and other finished goods. Last year, the country’s total trade with India rose 2.2% to RM62.76 billion from RM61.38 billion in 2017. This is a crucial factor in proving that India and Malaysia would both benefit from returning to positive bilateral relations, as a trade spat would only damage both economies.

This has shown, as both nations have shown willingness to re-establish cooperation in specific areas. For instance, as stated above, India has re-established its purchase of palm oil from Malaysia, which is a significant sign in easing relations.

In addition to this, Malaysia has expressed interest in purchasing India’s Tejas multi-role combat aircraft. Hindustan Aeronautics Chairman and Managing Director R. Madhavan said on the sidelines of the March exhibition that Tejas would be a good replacement for Malaysia’s fighter jets. This has prompted many analysts to say that the tensions between the 2 nations are bound to be short-term, and should continue to flourish in the future.