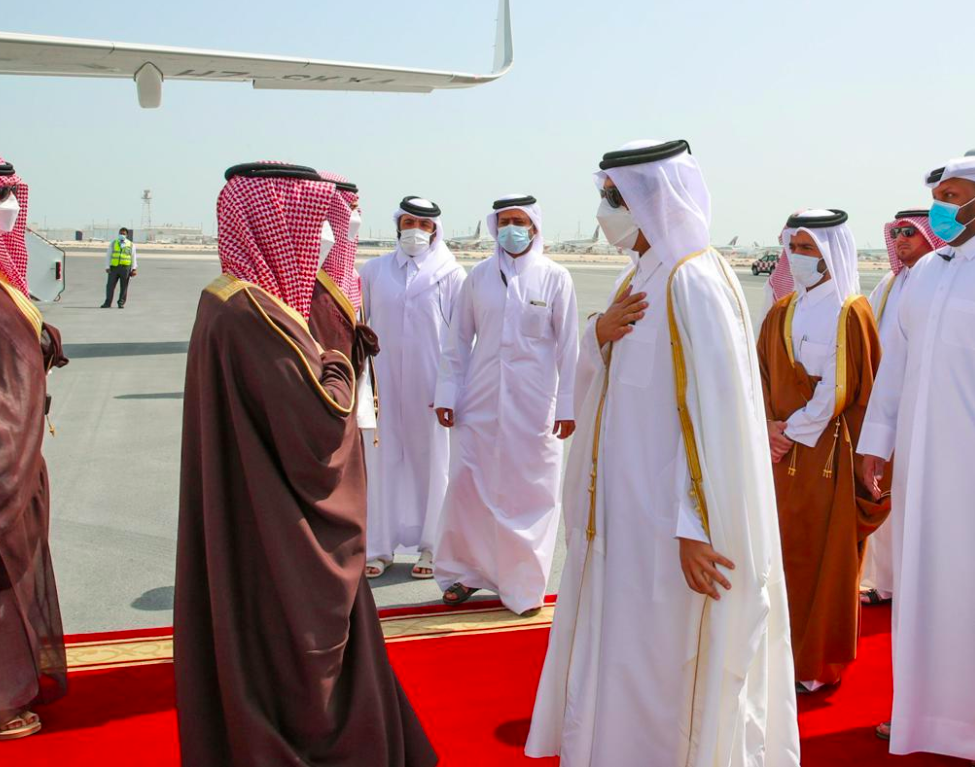 Spokesman Brig. Gen. Turki Al-Maliki said the Iranian-backed militia’s attempts to attack civilians in a deliberate and systematic manner constituted war crimes.
A child and a civilian were injured as a result of flying shrapnel, according to the General Directorate of Civil Defense in Asir. No casualties were reported.
He added that the coalition had put in place measures to protect civilians in accordance with international humanitarian law.
The UAE condemned the latest Houthi attempt to strike Khamis Mushayt, with its Foreign Ministry describing recent air attacks as a dangerous escalation of the militia group’s efforts to undermine security and stability in the region.
Yemen’s Foreign Minister Ahmed Awad bin Mubarak said the situation hindered the peace process and blamed Iran for the ongoing crisis in the country.
“The Iranian interventions have become a formidable obstruction to peace as Iran has turned the Yemeni conflict into a negotiating card that the Iranian regime capitalizes on to serve its nuclear negotiations,” he added.

The continued escalations of the Houthi militia in Marib province coincided with the escalation of its extremist attacks on civilians in Saudi Arabia, Yemeni Information Minister Muammar Al-Eryani said on Sunday.

The Minister added that the Iranian-backed militia is used as a tool to destabilize the security and stability of Yemen and the countries of the region, state news agency SPA reported.

Al-Eryani also said that the attacks confirm the Iranian regime’s continued intent to undermine efforts to end the war and bring peace to the country.

In response, a Saudi-led military coalition launched air strikes against Iran-backed rebels in Yemen on Sunday, saying it had intercepted a series of missile and drone attacks on Saudi Arabia.

The strikes triggered huge explosions in the Yemeni capital, Sanaa, and sent plumes of smoke rising in the sky, the AFP news agency reported.

In January this year, Saudi Arabia reopened its airspace and land and sea borders with Qatar, in a breakthrough agreement aimed at ending the three-year diplomatic dispute with Doha.

Saudi Arabia and its three Arab allies agreed to restore full ties with Doha at a summit in the Kingdom, the Saudi foreign minister said.

Under the agreement, Saudi Arabia pledged to open its airspace to Qatari planes on the condition Qatar Airways drops a $5 billion lawsuit against the four nations seeking damages for the blockade.

Since then both Saudi Arabia and the UAE have opened their land and air borders to Qatar, and re-established diplomatic ties.

Can Qatar mediate the conflict?

Both sides agreed to resume bilateral relations and coordinate positions regarding political regional and international developments.

They also said they would unify diplomatic positions on Yemen, and work to achieve peace and stability in the region.

Bin Mubarak delivered a message from Yemeni President Abed Rabbo Mansour Hadi to the Emir of Qatar, Sheikh Tamim, thanking Doha for its humanitarian and development support for Yemen.

This has opened the door to possible Qatari mediation in Yemen, which could be facilitated by Qatar’s positive ties with Iran, who are the Houthis rebels’ backers.

Sources revealed that Doha has been deploying intensive diplomatic contacts since the inauguration of US President Joe Biden, presenting itself as a “neutral mediator” entrusted by Washington with the role of a backchannel in the Yemen crisis.

They indicate that the sense of urgency projected by the new administration and the new US envoy’s statements make it clear that preparations for Qatar to play such a role had already been made and were not the result of recent efforts by the Biden administration after entering office.

Qatar could be the most suitable mediator for the Yemen conflict due to the current geopolitical situation where the nation finds itself with positive ties with both sides in the conflict. Such mediation, in cooperation with the UN and US efforts, could provide a path to peace in Yemen.