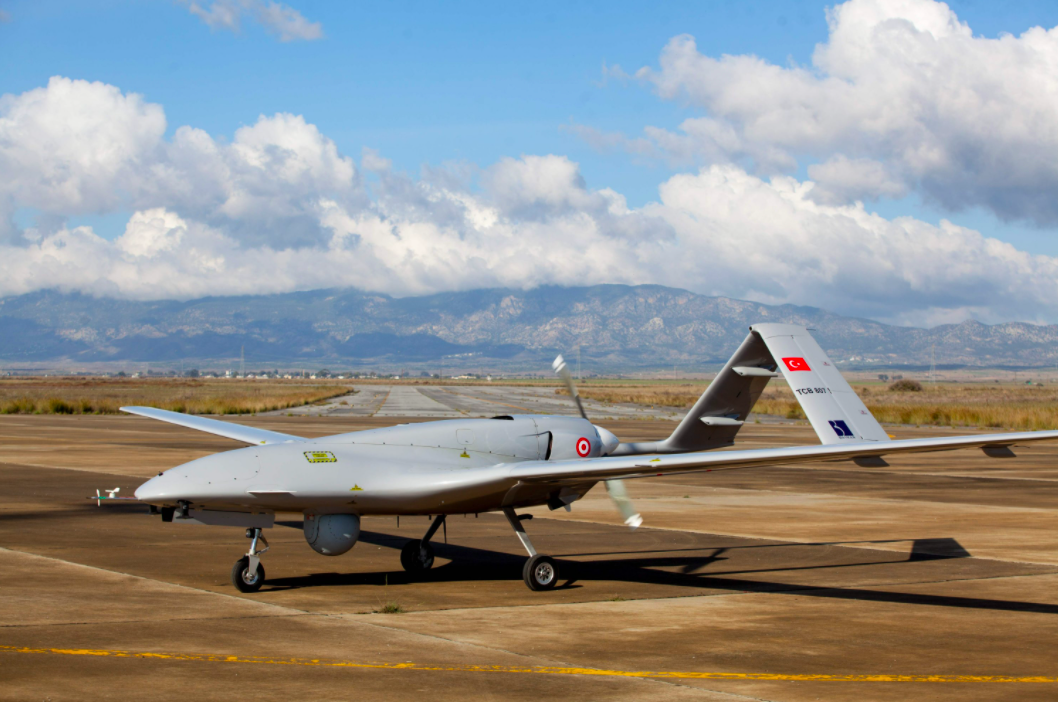 Saudi Arabia is seeking to buy armed drones from Turkey, said President Recep Tayyip Erdogan on Tuesday, in a move that could mark a rapprochement between the two rival regional powers.

Ties between Ankara and Riyadh have been strained since the killing of journalist Jamal Khashoggi in the Saudi consulate in Istanbul in 2018. Trade has collapsed under an informal Saudi boycott, but both countries have said they will work to improve relations.

Turkey has emerged as one of the world’s premier makers of armed drones, which helped ally Azerbaijan make sweeping gains in a six-week war with Armenia last year over the disputed region of Nagorno-Karabakh.

Turkish drones have also been deployed to the conflicts in Syria and Libya.

Riyadh already has a technology transfer agreement with Turkey’s private Vestel company that allows Saudi Arabia to manufacture its own military drones.

But there is widespread speculation it is also seeking military deliveries that could circumnavigate arms embargoes some Western countries have imposed over its military campaign in Yemen.

In 2020, drone magnate Baykar recorded an astonishing $360 million (TL 2.5 billion) in exports. Ukraine and Qatar currently use the UAVs as well as Azerbaijan, which gained significant leverage over Armenia in the recent armed conflict over Nagorno-Karabakh, using the drones.

Turkey’s domestically developed drone has also proven its capabilities overseas, having set a new 27-hour flight record during a demo flight in the Gulf country of Kuwait in 2019.

However, speaking during a press briefing, Erdogan also voiced his displeasure at the kingdom’s decision to conduct joint air exercises with Turkey’s longstanding rival Greece, suggesting an agreement on drones depended on Riyadh’s future conduct.

“Yet at the same time, Saudi Arabia is asking us for armed drones. Our hope is to solve this issue calmly without getting heated.”

The “Falcon Eye 1” exercise took place at the Souda Air Force Base in Greece, the Saudi Ministry of Defense said.
Several joint sorties using F-15C aircraft by the RSAF and F-16, Dassault Mirage 2000 and F-4 Phantom aircraft by the Greek Air Force took place in the skies above the Mediterranean.

The UAE has in recent months rapidly accelerated military and geopolitical ties with Greece, not hiding the fact that this targets Turkey’s expanding influence. Now that Saudi Arabia is doing the same, many believe that the UAE is the one pushing Saudi Arabia in this direction.

Is the Saudi government facing a dilemma?

In recent months, Turkey and Saudi Arabia have been trying to mend their damaged ties. Turkey sees no reason not to mend ties with Saudi and the United Arab Emirates, the country’s foreign minister Mevlut Cavusoglu said on Friday.
‘There is no reason for Turkey not to mend ties with Saudi Arabia; if they take positive step, we will do so as well, same goes for UAE,” Cavusoglu was cited as saying by state-owned Anadolu news agency.

With the Biden administration’s lukewarm relations with Saudi Arabia, the latter is trying to end its differences with Turkey.  The ties between Saudi Arabia and Turkey worsened in the aftermath of Saudi journalist Jamal Khashoggi’s killing in 2018.  A public campaign was run in Saudi Arabia to boycott the Turkish goods.

According to some news agencies, the Saudi leadership is trying to contact Turkish President Recep Tayyip Erdogan to iron out the differences between two countries.

According to Christian Devon of Arab Gulf States’ Institute, Washington, the new American policy seems to lean towards Iran and to review its policy towards Saudi Arabia.

Hence, Saudi Arabia’s intent to buy Turkish drones is hardly surprising considering the possibility of the Biden administration suspending arms sales to the Kingdom. The only powers with comparable drone programs are China and Turkey.

However, on the other hand, as touched on earlier, the Saudi Arabia also needs to maintain its close geopolitical ties with the UAE, and hence cooperate with the UAE in its geopolitical ambitions of limiting Turkish influence in the region, and therefore enhancing ties with Greece. This explains the recent reports that not only the UAE, but Saudi Arabia as well, have warned Egypt in recent days not to re-establish ties with Turkey, following hints of reconciliation in the Mediterranean.

Crown Prince Mohammed Bin Salman therefore faces a dilemma, with the need to strengthen ties with Turkey following US shift in foreign policy on the one hand, and its existing geopolitical alliance with the UAE on the other. Trying to keep both tracks open will surely not end well for Saudi Arabia, as both options are nearly mutually exclusive and could widen the rift with both Turkey and the UAE, leaving Saudi Arabia isolated.