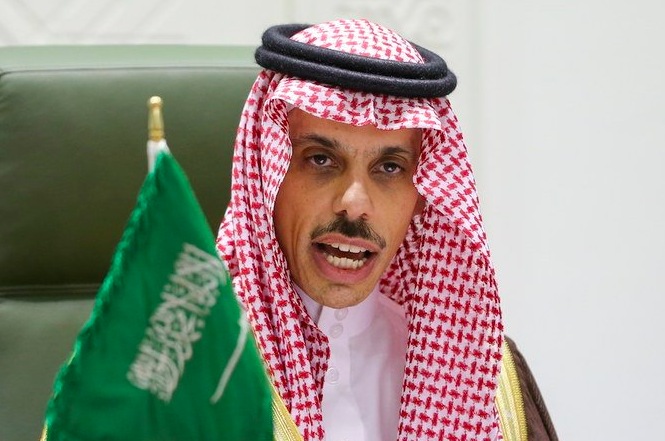 Saudi Arabia launched a wide-ranging initiative on Monday to bring peace to Yemen, deliver aid to its people and end the country’s six-year war.

The plan calls for a nationwide cease-fire supervised by the UN, the reopening of Sanaa airport, and new talks to reach a political resolution to the conflict.

Restrictions on the Red Sea port of Hodeidah would be eased, allowing access for ships and cargo. Income from the port, including taxes, would go to the central bank in Hodeidah in accordance with the Stockholm agreement.

The Saudi peace plan was widely welcomed across the region and the world, and was immediately supported by Yemen’s government, which blamed the Houthis for the failure of previous initiatives.

The move by Saudi Arabia follows Yemen’s Houthi rebels stepping up a campaign of drone and missile attacks targeting the kingdom’s oil sites, briefly shaking global energy prices amid the coronavirus pandemic, but many believe it is an attempt by the Saudi government to cooperate with the US government and maintain a common goal, in order to restart the rocky relations between the Biden administration and the Kingdom.

Sheikh Abdullah bin Zayed Al Nahyan, UAE Minister of Foreign Affairs and International Cooperation, has expressed the UAE’s support for the initiative made by the Saudi Ministry of Foreign Affairs today on forging a comprehensive peaceful solution in Yemen.

The UAE top diplomat hailed the initiative as an “invaluable” opportunity to ensure a nationwide ceasefire in Yemen and to pave the way for a permanent political solution in the country. He urged the international community to unify efforts and ensure the commitment of all parties concerned to the ceasefire plan.

President Biden has seemingly returned to the Obama vision despite its scant success. He is now distancing himself from allies like Israel and Saudi Arabia, while extending a friendly hand to Iran, even as the Islamic Republic attacks U.S. personnel, American interests and our friends and allies.

A prime example is the recent decision by the Biden administration to publish the intelligence report on Jamal Khashoggi’s death in late 2018 and place sanctions on some Saudis involved.

After the first oil price war launched by the Saudis against the then-nascent U.S. shale sector in 2014, Washington took the view that the Kingdom had broken the core 1945 agreement made between the two countries and that consequently, the U.S. needed to begin to reduce its dependence on Saudi oil imports down to insignificant levels over time. This view was reinforced when the Saudis launched another oil price war in 2020, again principally aimed at damaging the U.S. shale sector, that was only ended with the direct threat from former President Donald Trump to Saudi Crown Prince Mohammed bin Salman (MbS) that unless Saudi stopped the oil price war then the U.S. would withdraw its military support for the country in general, and the ruling Al-Saud family in particular. Given this backdrop, it is unsurprising that the U.S.’s new cornerstone strategy to counter growing Chinese influence in the Middle East’s oil and gas sector appears to barely involve Saudi Arabia at all.

Saudi Arabia’s peace initiative could therefore be attempting to re-engage the US as a vital regional partner.

The Houthis were quick to issue a cold response to the initiative. The rebels have been calling for the unconditional end of the air and naval blockade on Yemen. A Houthi official, who is a member of the Supreme Political Council, appeared to dismiss the Saudi proposal on Monday.

“This initiative is only for media consumption. It is not serious. The aggression countries, led by Saudi Arabia, want to bend the truth by telling the world they are proposing peace while Ansar Allah rejects it,” the official told MEE, using an alternative name for the Yemeni rebels.

The Houthis refer to the Saudi-led coalition as the “aggression countries”.

“The aggression countries are giving their conditions for this initiative to reopen Sanaa airport, and this is a clear confirmation that they are imposing a siege on Yemenis,” he said.

He added that lifting the blockade should not be part of a deal to give Yemenis some of their “looted rights”.

“If they are serious, they can lift the siege on Yemenis and then propose initiatives to express their good intentions.”

“Any stance or initiative that does not note that Yemen has been subjected to aggression and siege for six years and that does not separate the humanitarian issue from any military or political deal and lift the siege offers nothing serious and nothing new,” Abdulsalam wrote on Twitter on Monday.

Abdulsalam had told Reuters that the group would continue to talk with Riyadh, Muscat and Washington to try to reach a peace agreement.

“Opening the airports and seaports is a humanitarian right and should not be used as a pressure tool,” Abdulsalam told Reuters.

This Houthis opposition is not a positive start for Saudi Arabia’s initiative, however, the former’s willingness to negotiate is a positive sign for prospects of ending the war in Yemen.