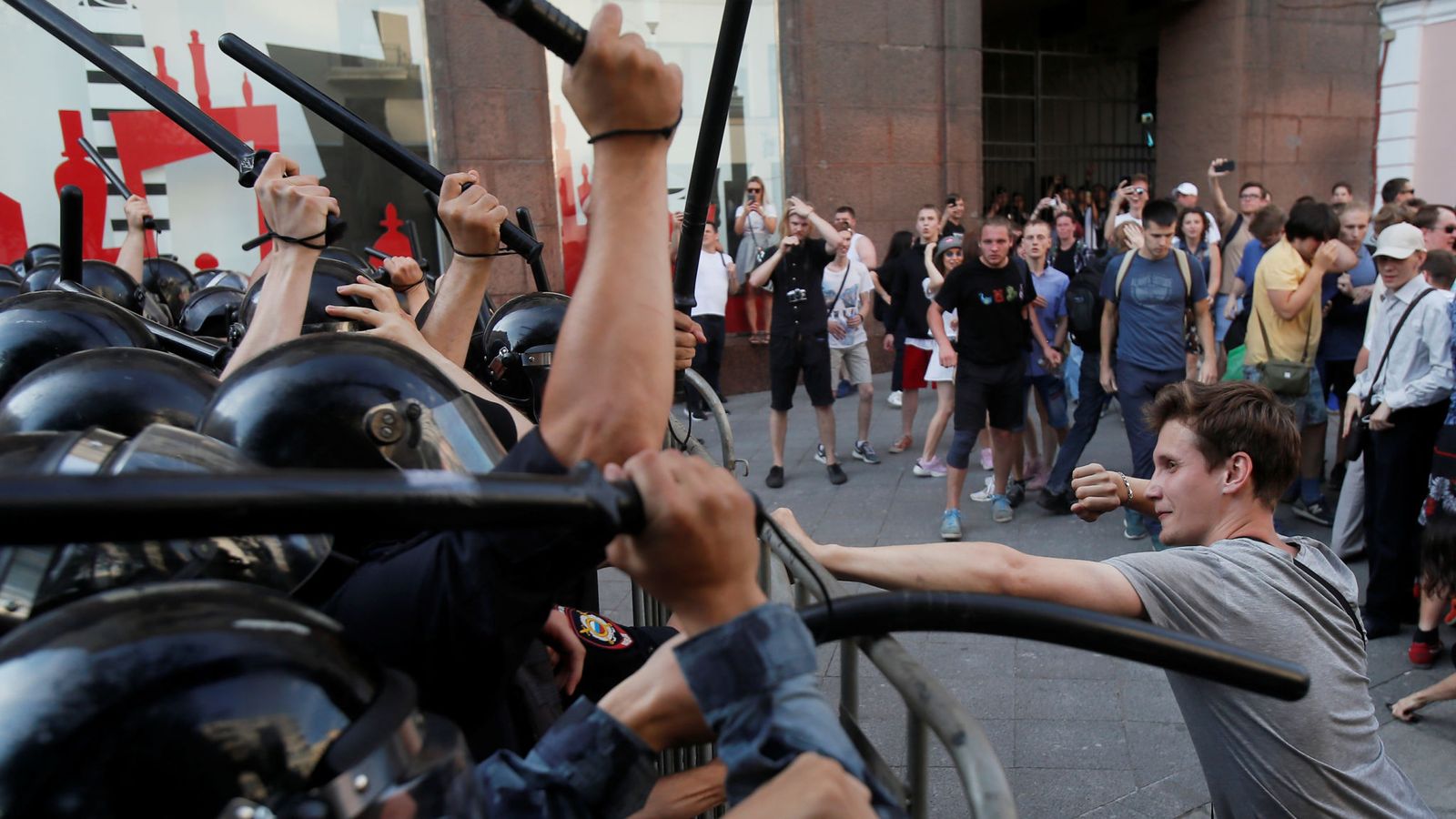 After last year’s city council election in Pereslavl-Zalessky, the ruling United Russia Party’s majority slipped to a single vote. The party has become so unpopular across the nation that Putin ran for re-election independently last year. In addition to this, in upcoming Moscow city council elections, United Russia members have abandoned the party ticket and registered as independents. In the last days, protests have broken out in Moscow in reaction to the government banning opposition candidates from the city council ballot. Adding fuel to the fire, opposition leader Alexei Navalny was jailed for 30 days on Wednesday after calling on protesters to continue demonstrating. This seems an unwise move from the government, as it highlights their political suppression of opposition parties.

In the latest escalation to the story, police in Moscow have detained more than 1,000 people at a rally, as demonstrators were dragged away from the city hall as security forces used batons to beat the crowd. The government has since defended the act, as Moscow’s Mayor, Sergei Sobyanin, has called the demonstration a “security threat”, and promised to maintain public order. After the large march last Saturday, which included around 20 thousand people, the government banned any further marches, which seems to have reduced the scale of the latest march, with 3,500 still showing up, leading to the arrests. The persistence of the public who want political freedom should come as a worry to Putin, and the latest arrests should not push the situation in his favour.

3. Why Alexei Navalny is a threat to Putin

As stated earlier, Russian police arrested opposition leader Alexei Navalny and raided the homes of several of his allies in a sign that the Kremlin is worried about swelling dissent as President Vladimir Putin’s approval ratings slide. Mr Navalny was sentenced to 30 days in prison by a Moscow court for calling upon “unauthorised protests”. Navalny has been considered by many, a figure who exposes the defects of the Russian ruling party, calling Mr Putin’s party a place of “crooks and thieves”, accused the president’s system of “sucking the blood out of Russia” and vowed to destroy the “feudal state” being built. His candidacy in the 2018 presidential election was banned by authorities over his conviction by a Russian court of embezzlement, which bars him from running for office. He has since gained popularity, and along with Putin’s decline in popularity is becoming a large threat to Kremlin.

In a recent address to Kyrgyzstan, Putin also spoke about the political situation in mainland Russia, saying: “The country needs political stability, and all the people must unite around the current president and help him develop the state.” Putin seemed to suggest that any dissent threatens to upend that stability and is thus destructive, not constructive, despite the perennial assertion that Russia is a democracy. Putin speaking in such a manner portrays that his position is more uncertain than ever in his long reign.

5. Kremlin tried to win the public over earlier this year

In February, Putin attempted to win over public opinion by unveiling on a €390 billion plan to overhaul its economy by 2024, at the end of what he expects to be President his last term in office. A quarter of the money (6.3 trillion rubles/€85.5 billion) has been earmarked to revamp the country’s core infrastructure. Roads and car safety will be the second biggest expenditure (4.78 trillion rubles/€64.4 billion), with ecology rounding up the top three (4.04 trillion rubles/€54.5 billion). This ambitious plan momentarily maintained Putin’s popularity, but the euphoria did not last long, as Kremlin’s authoritative moves have sparked outrage across the nation, something that does not look like it is going away.