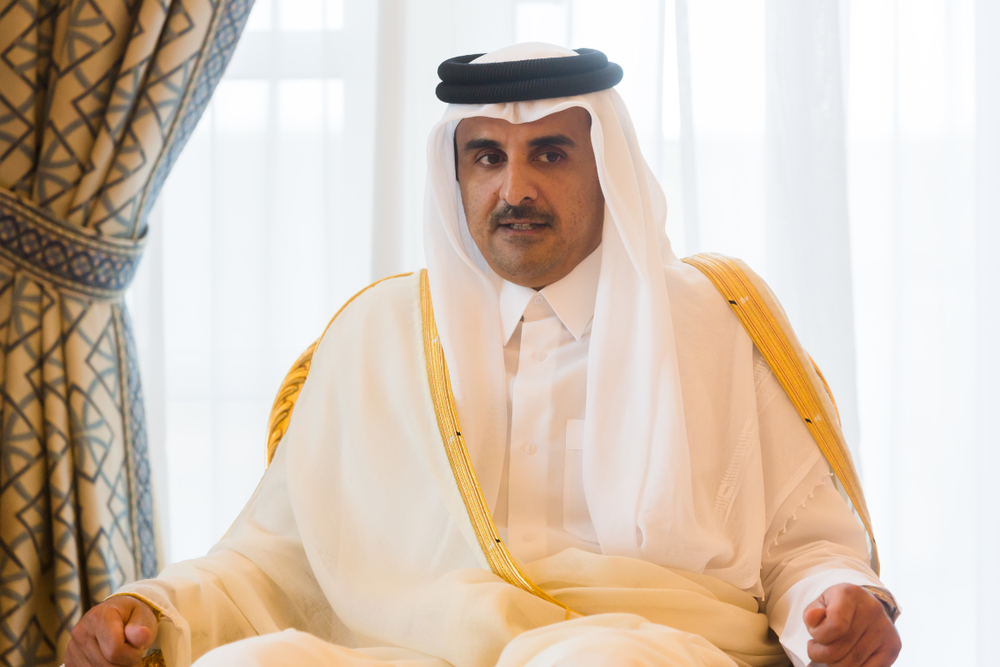 Libya’s deputy defense minister on Monday announced that his country has agreed with Turkey and Qatar to sign a tripartite deal for military cooperation to boost capabilities of the Libyan military. According to media office of the government-led Burkan Al-Ghadab (Volcano of Rage) Operation, Salah Al-Namroush said Turkey and Qatar will establish facilities in Libya for military training and consultancy. Al-Namroush also added that as part of the deal, Turkey and Qatar will send consultants and military personnel to Libya. Turkish and Qatari ministers emphasized that they support the political solution and the legitimate government, he added.

Earlier during the day, Turkish Defense Minister Hulusi Akar held a trilateral meeting with his Qatari counterpart Khalid bin Mohammad Al Attiyah and Libyan premier Fayez al Sarraj in Tripoli. Akar, accompanied by Chief of General Staff General Yasar Guler, visited the Libyan prime minister’s office for the meeting. He also visited the Defense Security Cooperation and Training Assistance Advisory Command that was established as part of a memorandum of understanding between Turkey and Libya.

Turkey’s Defence Minister Hulusi Akar met his Qatari counterpart to discuss bilateral security cooperation as well as regional issues. In the meeting, Akar and Khalid bin Mohammed el Atiye stressed the strategic partnership between the two countries.  “We believe that we will achieve the wanted results by supporting our Libyan brothers in their just cause,” Akar said during his visit in the capital Tripoli.

Last month, Libya and Qatar agreed to boost bilateral cooperation, according to the communications office of Libyan prime ministry.  Libyan Prime Minister Fayez al-Sarraj and Qatari Foreign Minister Muhammad bin Abdurrahman al-Thani met in Istanbul where the two also discussed the latest developments in Libya and a political solution to the Libyan crisis. They stressed the solution has to be in line with the Suheyrat Agreement, UN resolutions and the Berlin conference. The Suheyrat, Morocco deal in 2015 was signed to allow the UN-recognized Government of National Accord (GNA) to manage the transition process in Libya. The Berlin conference in January began a political process for a permanent cease-fire in Libya and support the UN-facilitated political process.

War in Libya could escalate

The war in Libya has shown signs of escalation in recent months, as the tide has changed. Since 2014, as the main forces in the conflict, the UN-recognized Tripoli government under Prime Minister Fayez al-Sarraj, known as the Government of National Accord (GNA), has been fighting against the Libyan National Army (LNA), led by General Khalifa Haftar. Backed by the parliament, LNA is based in the eastern city of Tobruk.

Despite early gains, and controlling much of the landmass of Libya, as well as heavy support from Russia, Egypt, and the United Arab Emirates, General Khalifa Haftar’s self-proclaimed Libyan National Army (LNA) rebel forces have continued to lose ground to the Government of National Accord (GNA), whose forces have received air and ground support from Turkey.  Last month, GNA forces successfully pushed the LNA out of large swathes of western Libya since April. This includes taking control of al Watiya Air Base, which had served as an important defensible position in western Libya for the LNA during its year-long attempt to take Tripoli. GNA forces also strengthened their positions around Tripoli by retaking control of Tripoli International Airport and the town of Tarhouna, the former rear base of the LNA.

As a result, new borders and fronts are developing in Libya’s civil war. Conflict has been intensifying in the areas around Sirte located on the coast between western Libya and eastern Libya, displacing populations west of Sirte. Meanwhile, many Haftar-aligned forces have retreated to al Jufra Air Base in central Libya.

Now, in the latest escalation in the conflict, Egypt’s parliament has approved sending Egyptian troops to Libya to counter Turkey.

Qatar has already involved in the war in Libya, supporting the GNA and Turkey, however, the latest move to increase direct intervention signals a new stage in the Qatari involvement.

Although tensions have escalated in recent months, there are signs of peaceful intentions coming from the parties. In the latest visit by Turkish and Qatari officials, Turkey emphasized its aim for ultimate peace in Libya. Turkish Defense Minister Hulusi Akar stated: “In accordance with our president’s instructions, we will in the upcoming period make all kinds of efforts as we have until today to make the cease-fire permanent for the sake of Libya’s unity, comfort and peace. In this manner, our Qatari brothers are also with us,” Akar said, adding that an-Namrush is also doing everything possible for peace in the war-ravaged country. “We believe we will reach the desired outcomes in supporting our Libyan brothers in their cause.”

Furthermore, their visit coincided with that of German Foreign Minister Heiko Maas who came to spur international efforts to resolve the country’s long-running conflict. It is Maas’ first visit to Libya following a summit in Berlin in January when world powers agreed to a peace process for the war-torn country that has largely fallen flat. “We see a deceptive calm in Libya at the moment. Both sides and their international allies are continuing to arm the country on a massive scale and are maintaining preconditions for a cease-fire,” Maas said in a statement on his arrival. He is scheduled to meet the head of the U.N.-recognized Libyan government, Fayez Sarraj, in the capital to discuss how to achieve peace in the face of putschist Gen. Khalifa Haftar’s aggression.

In addition to this, US Ambassador to Libya Richard Norland consulted with senior Turkish officials in Ankara on Wednesday about “the urgent need to support Libyan voices genuinely seeking an end to the conflict and return to UN-facilitated political dialogue” according to a statement by the US embassy in Tripoli. Norland also discussed ways to achieve a demilitarised solution in central Libya, with a complete withdrawal of foreign forces and mercenaries from Libya, and stressed the need to enable the country’s National Oil Corporation to resume its vital work, the statement said.

The visit followed phone calls between US President Donald Trump and his Turkish counterpart Recep Tayyip Erdogan, according to the US embassy. Earlier in the week, Norland was in Egypt’s capital, Cairo, where he discussed with Egyptian officials ways to bring peace to the war-torn North African nation. He also met Tobruk-based Speaker of the House of Representatives Aqila Saleh.

It is clear that with the help of mediators such as Germany and the US, peace could be achieved in the future. Qatar’s increased involvement could therefore be interpreted in different ways. On one hand it increases tensions in Libya, and on the other, Qatar’s commitment to a political solution and cooperation with Germany is a positive sign.