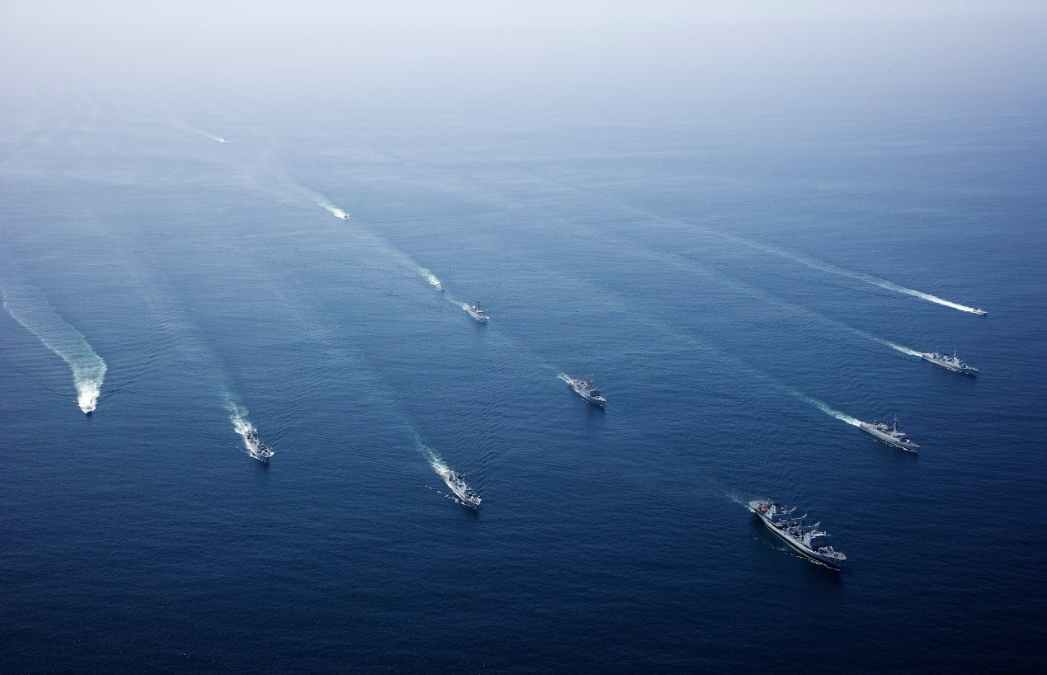 Starting in 2010, relations between Pakistan and Russia improved markedly as illustrated by high-level visits, arms sales, and increased cooperation; at the same time, US–Pakistan relations grew strained. most notably the US raid inside Pakistan that killed Osama bin Laden and an accidental cross-border firing between Pakistan and US forces in November 2011 that resulted in the death of several Pakistani officers and soldiers at a border post with Afghanistan.

Russian Defense Minister Sergei Shigu visited Pakistan in November 2014 and signed a defense cooperation agreement with Islamabad. A month earlier, Russia and Pakistan conducted their first joint counternarcotics exercise, which was followed by a second one in December 2015.

Most recently, a webinar on Russia-Pakistan relations was moderated on Tuesday by Senior Vice Chairman KCFR Ambassador Dr Mustafa Kamal Kazi, who said multilateralism, and not unilateralism, was the solution to complex global issues.

Ambassador of Russian Federation to Pakistan Danila Ganich addressed the participants as the plenary speaker at the webinar, which was organised in dedication to Russian Diplomats Day, said a press release issued by the Karachi Council on Foreign Relations.

Ambassador Kazi, in his introductory remarks, stated that the global and regional transformation towards a multilateral order facilitates closer cooperation between Russia and Pakistan for greater good of the region. Ambassador Danila Ganich expressed confidence towards positive bilateral relations between Pakistan and Russia on the basis of the consensus that has developed between both countries. He highlighted that the two countries have common interests, including the stability of the region and peace in Afghanistan, on which they can cooperate.

He voiced his concern about US sanctions on Iran and misjudgment by the US of Russia as only a “marginal” player in the Indo-Pacific region. He expressed hopes for new opportunities and avenues for cooperation between Russia and Pakistan that the CPEC would bring.

He identified development in both countries as a means to become independent and to be able to better deal with US sanctions that impede cooperation and development. He expressed gratitude to the organisers for the invitation to address the webinar.

Common negativity towards US foreign policy in recent years, is therefore central in Russia’s eyes, towards opening new diplomatic opportunities with Pakistan.

In recent signs that Pakistan and Russia are strengthening ties, Russian COVID-19 vaccine ‘Sputnik-V’ has been approved for emergency use in Pakistan. Sputnik-V has become the third coronavirus vaccine to be approved by Pakistan for emergency use after China’s Sinopharm and AstraZeneca.

“Pakistan is one of the most populated countries in the world, and the decision to include Sputnik V in the national vaccine portfolio is an important step to diversify it and protect people’s health” said Kirill Dmitriev, CEO of the Russian Direct Investment Fund which has financed the vaccine development. “Emergency use authorisation of Sputnik V has become possible thanks to its high efficacy, safety and a well-researched platform of human adenoviral vectors,” Dmitriev added.

In addition to this, Pakistan announced Monday it will host navies from 45 countries, including the United States, China and Russia, for a joint military exercise in the North Arabian Sea later this month. Importantly, it will be the first time in a decade that Russian naval ships have attended drills with multiple NATO members. Officials said the biannual multinational “AMAN” (Peace) exercise in Pakistani waters is aimed at fostering international cooperation to fight piracy, terrorism and other crimes threatening maritime security and stability.

The last time the Russian navy conducted joint military drills with NATO members was in the “Bold Monarch” exercise in 2011, which took place off the coast of Spain. NATO’s relations with Moscow have since deteriorated over Russia’s annexation of Ukraine’s Crimean peninsula in 2014.

“Pakistan considers that maritime security is not just important for itself but for all other countries whose prosperity and progress are strongly bonded with the seas,” Rear Adm. Naveed Ashraf, commander of the Pakistani said.

He stressed that Pakistan’s “extraordinary dependence” on the seas for trade and operationalization of infrastructure projects developed with China’s financial and technical assistance “make the maritime stability” an “important agenda of our national security.”

Now, in addition to China, Russia appears to be an increasingly significant geopolitical partner for Pakistan, signaling a definitive shift to the East.

Is Pakistan sacrificing US relations?

As Pakistan moves closer to Russia, a downturn in US relations has in many instances facilitated this, and now relations could be sacrificed as a whole due to Pakistan’s shift towards China, and increasingly Russia, as well as the US’s strengthening ties with India to counter China, which has led to conflicting stances with Pakistan over Kashmir.

Pakistani Foreign Minister Shah Mahmood Qureshi on Thursday asked the Biden administration not to overlook the ground realities vis-à-vis occupied Kashmir as he urged the world to help in reaching a peaceful settlement of the Kashmir dispute before it was too late.

He was speaking at a photography and cultural exhibition held at the Foreign Office as part of Kashmir Solidarity Day activities.

“I expect the new Biden administration that has always talked of fundamental human rights to stop ignoring the ground realities in held Kashmir,” the foreign minister asserted.

Mr Qureshi’s comment came in the backdrop of the controversy that started with a tweet by the US State Department’s Bureau of South and Central Asian Affairs in which Occupied Jammu and Kashmir was referred to as India’s Jammu and Kashmir.

The State Department’s spokesman Ned Price later clarified at a media briefing that US policy on Kashmir had not changed and it still considered Kashmir as a disputed territory.

“I want to be very clear, there has been no change in US policy in the region,” Mr Price said. However, despite the clarification by the State Department spokesman, the tweet was not corrected.

This prompted Pakistan’s Foreign Office to express its reservations about the tweet.

Nevertheless, there is still hope from both the US and Pakistan that relations can be repaired. The Biden administration would like to rebuild America’s relationship with Pakistan and make it more productive than it has been during the recent past, says a senior US scholar.

At a recent briefing on the new US administration’s foreign policies, James M. Lindsay, a senior vice president at the Council for Foreign Relations, also predicted a better understanding between the White House and the Pentagon on the deployment of American troops in Afghanistan.

“The Biden administration would hope to find a way to improve relations with Pakistan,” said Mr Lindsay while responding to a question at the briefing which was arranged by the US State Department’s Foreign Press Centre.

Noting that the United States had had “a longstanding relationship with Islamabad,” Mr Lindsay pointed out that during this period both sides had also developed “lots of differences and grievances”. But “I think the Biden administration would like to do what it can to make that relationship more productive,” he added.

The US scholar argued that the Biden administration had inherited a complicated US relationship with Pakistan, and some of the issues between the two countries “sort of resonant here in the United States”.

In addition to this, Pakistan looks forward to build a “truly bilateral relationship” based on mutual understanding and a new economic partnership with the United States under Joe Biden’s administration. Pakistan and the US relationship has a real opportunity for a fresh start, said Dr Moeed Yusuf, Prime Minister’s Special Assistant on National Security and Strategic Policy Planning. “Pakistan-US relationship has to be candid, honest and realistic on what we can achieve” and Pakistan is “100 per cent open to improving the relationship, moving forward on a new agenda.”

Dr Mooed reminded the Washington policymakers that they would now be engaging with a “very different Pakistan” that has changed a lot since 2016 with the improved security situation and emphasise on economic benefits. Pakistan is now focused on “economic security paradigm” under Prime Minister Imran Khan’s directions and is determined to become “geo-economic melting pot” to improve national and regional development and connectivity, he said.

It is therefore evident that although there has been a downturn in US-Pakistani relations, correlating to developing relations with China, and increasingly Russia, Pakistan still intends to maintain and develop economic ties with the US. However, there are strong signs that Pakistan is militarily and geopolitically aligning itself with the Eastern powers, and away from the US, as the policy differences, and changing interests are too significant to reconcile.