Pakistan and Azerbaijan have deep military ties and have worked to maintain this link despite the distance between the 2 nations. It should be noted that Pakistan is one of the first countries, which officially recognized the independence of Azerbaijan (December 12, 1991) and diplomatic relations between countries were established on June 9, 1992. Over the past decade,

Pakistani military experts trained about a hundred Azerbaijani military units. Azerbaijan`s Minister of Defense, Colonel General Zakir Hasanov has met with outgoing Ambassador of Pakistan to the country Saeed Khan Mohmand. The defence minister noting that military cooperation between Azerbaijan and Pakistan is developing as well as in other areas expressed confidence in its further continuation. The sides, noting that military relations are in the interests of both countries considered it important to intensify efforts in this area. During the discussion of the latest developments in the region where the two countries are located, an exchange of views was held on conducting joint military exercises with the involvement of various types of troops, including Special Forces of Azerbaijan and Pakistan, organization of reciprocal visits of servicemen to exchange experience, as well as number of other issues.

Moreover, the sides exchanged views on cooperation in the military, military-technical and military-educational fields. It was underlined that military cooperation between the countries was built upon friendly and fraternal relations and is mutually beneficial for both sides. It is clear that the military cooperation between Azerbaijan and Pakistan will only get stronger, which will be crucial in helping Azerbaijan gain a prominent geopolitical position in Central Asia.

Military cooperation is not the only area of growth in relations between Pakistan and Azerbaijan. The 2 nations are working on improving bilateral relations in many areas.

Ambassador of the Republic of Azerbaijan to Pakistan Ali Alizada here last month stressed the need for enhancing cooperation between Pakistan and Azerbaijan in various sectors including culture, tourism and trade. Ali Alizada has said direct flights between Azerbaijan and Pakistan would start from next year, which could help to further strengthen the bilateral trade and economic relations as well as people to people contacts between the two countries. Azari investors are keen to make an investment in potential sectors in Pakistan, he added.

Earlier this month, another meeting was held where Azerbaijani Minister Elmar Mammadyarov received Saeed Khan Mohmand, Ambassador of Pakistan to the Republic of Azerbaijan upon the termination of his diplomatic tenure, Trend reports referring to the Azerbaijani Foreign Ministry. During the meeting, the sides expressed satisfaction over the current status of bilateral relations, the level of current development and perspectives of cooperation between both states. The importance of promoting positive dynamics in the areas of traditional cooperation between Azerbaijan and Pakistan, as well as a rich potential in tourism, transit corridors, etc., were pointed out. Both nations are keen on expanding bilateral ties, which will help both the countries’ economies and increase regional stability.

Kashmir and Nagorno-Karabakh dispute commonalities pulling the 2 together

Pakistan and Azerbaijan have important geopolitical commonalities, in their territorial disputes of Kashmir, and in Azerbaijan’s case Nagorno-Karabakh, which is aiding the strength of diplomatic ties.

Speaking at the Organization of Islamic Cooperation Contact Group meeting on Armenian aggression against Azerbaijan, Foreign Minister Shah Mehmood Qureshi said the Upper Karabakh dispute was “a threat to regional peace and stability”, likening it to the Jammu and Kashmir conflict between Pakistan and India. “Pakistan is against the action of Armenia to change geography, population, economic, social and cultural identity and institutional structure in Nagorno-Karabakh,” Qureshi said, according to state-run Radio Pakistan. 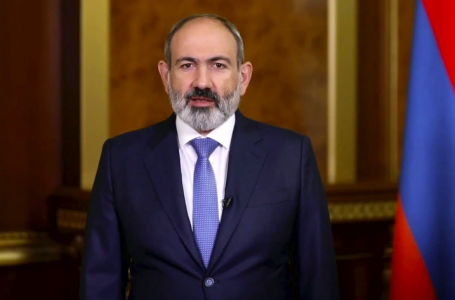 Are Azerbaijan and Armenia heading towards reconciliation?