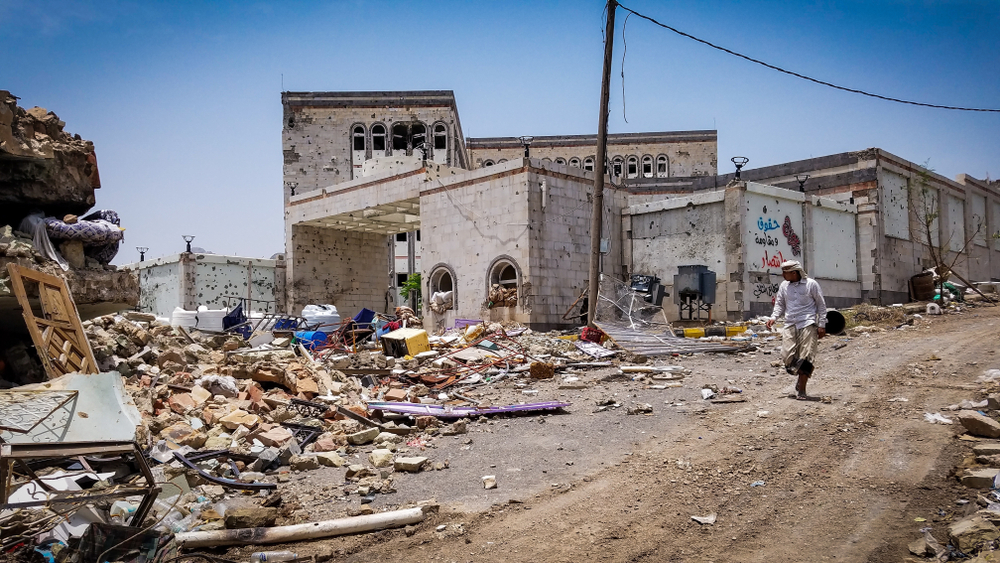 Yemen / Taiz City – Apr 12 2019: Massive destruction caused by the war and damaged most of the cities and neighborhoods of the city.

Yemen / Taiz City – Apr 12 2019: Massive destruction caused by the war and damaged most of the cities and neighborhoods of the city.

The death of Oman’s Sultan Qaboos last month signified the end of an era of Omani diplomacy and economic modernization. However, Oman led by Qaboos’s successor Haitham bin Tariq Al Said would like to continue these trends, but there are several economic challenges and obstacles standing in the way.

Haitham’s other main challenge is to oversee Oman’s transition from over-reliance on oil revenues to a diversified economy. The Omani population is one of the youngest in the world: 46% of its citizens are under 19. Policies favouring Omanis in employment for the last 20 years have had limited results, as illustrated by dramatic social inequalities, endemic unemployment, and poverty. The World Bank estimates unemployment among 15-24-year-olds is 49%. Real GDP growth turned negative (-0.9%) in 2017 and remained low in 2019 (0.3%). Since 2015, Oman has run high budget deficits and in 2018 rating agencies Fitch and Standard & Poor’s downgraded Oman’s credit rating to “junk”.

Economic hardship has been an important trigger of dissent in the last decade, including during the 2011 uprisings, the 2012-13 post-Arab Spring protests, and unemployment protests in 2017-18. Indeed, unemployment is an important issue for the sultanate, where 16.9% of nationals were unemployed in 2017 and over 30% for young people.

While the UAE is Oman’s primary economic partner and trade between them is only likely to grow further in the years to come, Oman remain uneasy, and Oman’s decision in 2018 to prohibit GCC nationals from owning property in governorates bordering Saudi Arabia and the UAE reflects Muscat’s worry towards its neighbours, and there are fears that the new sultan might prefer to turn an unfortunate blind eye to the UAE’s imperial ambitions, in the name of Muscat’s need for Abu Dhabi’s money.

More on the UAE and Saudi Arabia will be said in point 2, however, Oman’s challenges in its economy are closely linked to its reliance on other Gulf states for expansion of trade and investment, and hence vital to its growth.

As touched on in the first point, Oman has reasons to worry about its economic and geopolitical dependency on neighbouring Saudi Arabia and the UAE, due to the 2 Gulf states’ clear expansionist plans.

Oman’s neighbours may view the death of Qaboos as a unique opportunity to advance their own expansionist agendas. Oman’s reputation for neutrality and history of facilitating negotiations caused the Obama administration to seek Qaboos’s assistance in arranging secret meetings with Iran in 2012-2013 that eventually led to the Iran nuclear deal. In contrast, Sultan Haitham comes to power at a time when the Trump administration has repeatedly signalled its support for Saudi Arabia and antipathy toward Iran. The belated naming of low-ranking U.S. officials to attend the official ceremony honouring Sultan Qaboos was widely interpreted as a slight against the Omanis.

Saudi Arabia has already exhibited its willingness to pursue its geostrategic objectives, regardless of the implications. Despite precipitating the world’s most urgent humanitarian crisis in Yemen, Saudi Arabia has used its military presence there to declare its intention to build a pipeline through the Mahra region and construct an oil port on the Yemeni coast.

Furthermore,  the UAE had arrived in Mahra in 2015, soon after initiating military hostilities against Yemen. Inhabitants of Mahra have expressed frustration with the presence of both the Saudis and Emiratis, given that these kingdoms’ alleged foes, the Houthis as well as al Qaeda in the Arabian Peninsula are not present in Mahra.

Despite this,  the 15th Conference of the Parliamentary Union of the Organization of Islamic Cooperation Member States (PUIC) in Ouagadougou on Friday, Saudi Arabia has reiterated its rejection of policies of interference in other countries’ internal affairs and the sponsorship of terrorism. However, it remains to be seen whether these words will have any meaning.

Although there are many worrying geopolitical signs for Oman, and it is experiencing a tense and unpredictable climate in the Middle East, there is room for optimism, as many nations have come out in support for Oman’s plans for regional peace, especially in this time of high tensions.

For instance, Japan is on the same page as Saudi Arabia, the UAE and Oman in reducing regional tension with Iran, Tokyo’s Foreign Ministry spokesman told Arab News on Saturday. “It’s hard to tell what the thought process is in Iran of course, but I think we will simply have to keep trying,” said Masato Ohtaka, the ministry’s director-general for press and public diplomacy. “I think this is the time when it would be useful for Japan to compare notes with like-minded countries, and I think Saudi Arabia, the UAE and Oman, they are among the important countries that we would like to exchange information and views with on the current situation.”

In addition to this, the Saudi government has shown signs of warmth towards Oman, like last month, Saudi Arabia’s King Salman arrived in Muscat to offer condolences for the death of Oman’s Sultan Qaboos. He was met at the airport by Sultan Haitham, the new leader of Oman, and several governments and military officials from the Sultanate.

Oman is in a dangerous position, and despite positive signs of willingness to cooperate from various regional partners, the nation needs to be wary, and aware of the geopolitical threats that surround it

Is the UAE secretly expanding its presence... 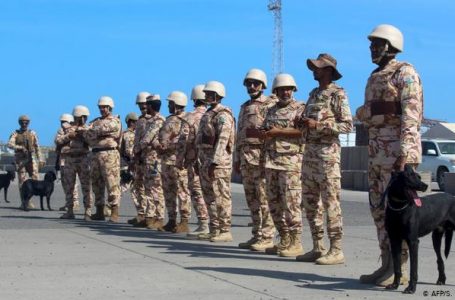