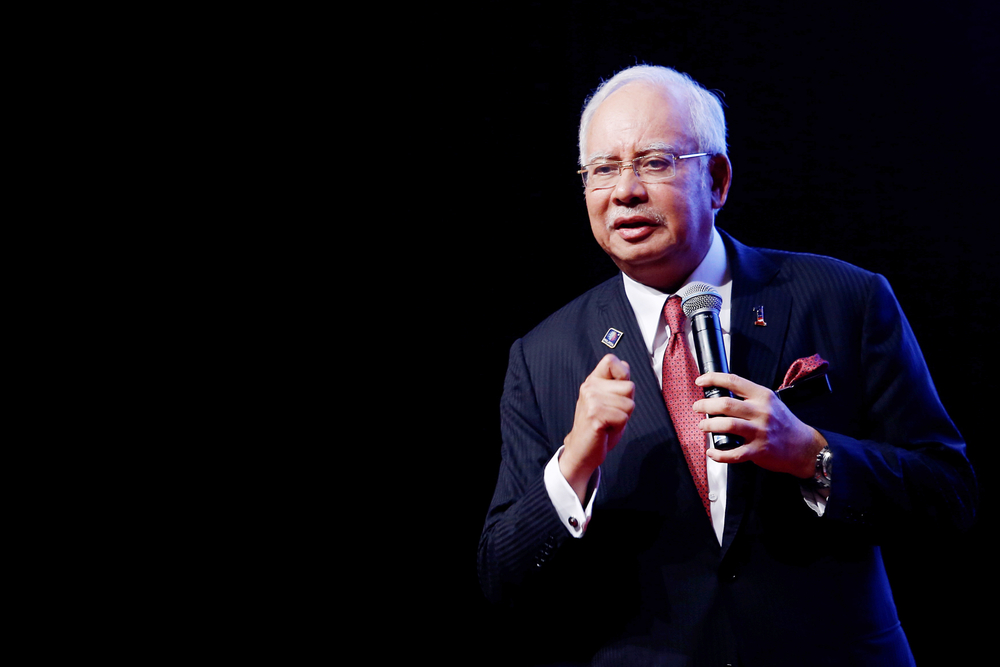 Former Malaysian Prime Minister Datuk Seri Najib Razak has been found guilty by the High Court today for abuse of power and misappropriating over RM42 million from 1Malaysia Development Berhad’s (1MDB) former subsidiary SRC International Sdn Bhd. In delivering his judgement to a packed courtroom, High Court judge Mohd Nazlan Mohd Ghazali said Najib was complicit in the deposits of RM42 million from SRC International in his private account. “In conclusion after considering all evidence in this trial, I find that the prosecution has successfully proven its case beyond reasonable doubt against the accused, I therefore find the accused guilty and convict the accused on all seven charges,” he said.

At one point during the reading of the verdict, Judge Mohd Nazlan said that 67-year-old Najib, who also held the post of finance minister, “acted outside the limits of the permissible conduct” in the approval of loans, which later became a source of funds transferred to his account. He said Najib “benefited” from the approval of the loans, and that the defence had failed to raise reasonable doubt over the offence of abuse of power – the first of the seven charges. The former prime minister faces decades in jail, as well as hefty fines, following his conviction. Although the charges also carry a sentence of whipping, Najib is likely to be spared the cane given his age.

As for money laundering under Section 4 of the Anti-Money Laundering, Anti-Terrorism Financing and Proceeds of Unlawful Activities Act 2001, the punishment is a maximum 15 years’ jail term and a fine of up to five times the amount of money laundered or RM5 million, whichever is higher.

The case against Najib, in office from 2009 to 2018, was widely seen as a test of Malaysia’s anti-corruption efforts. The 1MDB scandal around a state-owned wealth fund in Malaysia has uncovered a global web of fraud and corruption. It sent shockwaves through Malaysia’s political establishment, leading to the toppling of Najib’s UMNO party, which had governed the country for 61 years since it gained independence. Najib could now face decades in jail, but he is expected to remain out of prison until appeals are exhausted.

Ahead of the verdict on Tuesday, hundreds of Najib’s supporters gathered outside the court to show their backing for the embattled politician, who was once considered the country’s most powerful man. As news of the convictions rippled through the crowd, they condemned the judge’s verdict as “political vengeance”. Several of his supporters waiting outside shouted, “Long live my boss”, as some of them openly cried upon hearing the the verdict. meanwhile, many celebrated the decision accross the country.

Malaysia has faced several hardships when it comes to corruption in its political sphere. For a long time, political funding in Malaysia was intertwined with business interests that were symbiotically fused with government contracts. This has led to serious allegations of fraud, criminal charges and abuse of the nation’s wealth. The fact that Malaysia is now labelled as a kleptocratic nation globally attests to how far downhill we have slid. For as long as political funding, business interests and personal greed are the determinants of political power, a nation will risk eroding its wealth.

Last year, the World Bank and the Malaysian Anti-Corruption Commission (MACC) have declared corruption as “public enemy number one.” Jim Yong Kim, the World Bank Group President, declared this in Washington on 19 December, 2013. Dzulkifli Ahmad, the then Chief Commissioner of MACC, made this declaration in Kuala Lumpur on 13 September, 2017. Corruption was securitized as a threat at the global level and in Malaysia. This is because securitization is defined by Barry Buzan, Ole Waever and Jaap de Wilde, in their : A New Framework for Analysis (1998), as an act of declaring an issue “as an existential threat, requiring emergency measures and justifying actions outside the normal bounds of political procedure.”

A research by Ruhanie Ahmad (2018) discovered that the administration of Tun Dr Mahathir Mohamad (1981-2003) conducted securitization in the interest of Malaysia’s political stability and economic prosperity. It must have a “speech act” or triggering justification to urgently declare an issue as an existential threat. In the case of corruption in Malaysia, the MACC discovered that corruption had threatened most of the country’s enforcement agencies and had caused a huge loss to our national revenue.

Transparency International stated that unfortunately, corruption often thrives during times of crisis, particularly when institutions and oversight are weak and public trust is low. Combating corruption is such a difficult task and sensitive issue that many national political leaders who support such efforts in principle are hesitant to undertake them in practice. There is consensus among economists that the Covid-19 pandemic has ravaged the global economy. It will definitely create a monopoly-supplier spontaneously. The government’s process of acquiring goods and services is diverse, complex and huge. The Malaysian government previously spent RM40 billion a year to purchase assets and RM35 billion in the service sector. Based on complaints received by the Malaysian Anti-Corruption Commission between 2013 and 2018, wrongdoings involving procurement comprised approximately 43% which topped the list of sectors prone to corruption. Ambrin Buang, the former auditor-general, predicted that up to 30% of Malaysia’s public project allocations have been lost to mismanagement and corruption. Consider the amount of savings the government would have obtained if it had paid 30% less for goods and services.

Malaysia’s problem with corruption could therefore only worsen with the escalation of the Corona Virus pandemic in Malaysia.

Political and economic impact of the decision

Najib’s conviction will have deep economic and political implications for Malaysia. The most recent scandal has made Najib the poster boy for corruption in Malaysia. While this is well-deserved, it is also important to understand that the rot goes far deeper than one man. Graft is deep-rooted in our society. This year, Malaysia ranked 61st out of 180 countries on Transparency International’s annual corruption index. While this is slightly better than the Southeast Asian average, it is far below regional neighbours like Singapore and Hong Kong with similar levels of development and quasi-democratic systems. For years, many Malaysians have grown used to paying bribes to get things done. Accessing basic services like schools, hospitals and even courts  often requires a bribe.

The 1MDB scandal might have made international headlines, but for Malaysians the list of similar scandals runs long: MARA, FELDA, Tabung Haji, to name just a few. These are all government-linked bodies that have been accused of corrupt practices and, for Malaysians, their acronyms symbolise the excesses of the state and the abuse of public trust and funds.

Malaysia’s economy looks to be going in the right direction despite the recent corruption and COVID 19 crisis. Despite the numerous challenges brought by the Covid-19 pandemic, Malaysia is riding out the severe economic downturn comparatively better than many economies, said the World Bank. Country director for Brunei, Malaysia, the Philippines, Thailand, East Asia and  Pacific,  Ndiamé Diop said Malaysia’s economy rests on strong fundamentals. The country’s diversified economic structure, sound financial system, effective public health response and proactive macroeconomic policy support have all helped to soften the pandemic’s blow, he said in a statement last week.

Malaysia’s economy, which is currently experiencing a contraction caused by the Covid-19 pandemic, is expected to fully recover next year, according to Datuk Seri Mustapa Mohamed. The Minister in the Prime Minister’s Department (Economy) was reported by Bernama as saying that the government is currently focused on efforts to boost economic growth and restoring the country to the pre-Covid-19 state of affairs. “We know that the country is still dealing with the (Covid-19) health crisis. However, almost all economic sectors have reopened; the retail sector is improving while the tourism sector has yet to strengthen, ” Mustapa was quoted as saying by the local newswire.

It is clear that there are economic prospects in sight for Malaysia, which the recent crackdown on corruption will help.