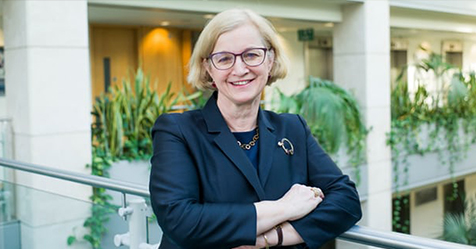 Amanda Spielman, chief of Ofsted, claimed that some community leaders had been attempting to inculcate ‘extremist ideology’

Muslims groups criticised a warning by the head of England’s school inspection body for saying that religious fundamentalist groups were attempting to inflitrate schools and “pervert education”.

Amanda Spielman, chief of Ofsted, warned that some community leaders had been attempting to inculcate “extremist ideology”.

“Rather than adopting a passive liberalism that says anything goes, for fear of causing offence, schools leaders should be promoting a muscular liberalism,” Spielman told a conference held by the Church of England in London.

“That sort of liberalism holds no truck for ideologies that seek to close minds or narrow opportunity. Occasionally that will mean taking uncomfortable decisions or having tough conversations.

“It means not assuming that the most conservative voices in a particular faith speak for everyone.”

Miqdaad Versi, assistant secretary general of the Muslim Council of Britain (MCB), described the conference as “appalling”, citing a lack of consultation.

“Not again by Ofsted: no consultation, no empathy with Muslim children/parents, disproportionate focus on Muslim children, falling into the trap of ‘muscular liberalism’ & at venue at Church of England schools conference. Appalling,” he tweeted.

There is little evidence that Chief Inspector @Ofstednews has undertaken any consultation with Muslim parents, Muslim girls & schools/teachers before coming to conclusion that parents are indoctrinating with extremist ideology #Ofsted https://t.co/FBl7euXjuD

Spielman’s comments came off the back of a controversy in east London where a head teacher tried to stop girls under the age of eight from wearing a headscarf in the classroom.

Zubaida Haque, of the Runnymede Trust, told BBC News that there was a disturbing lack of consultation with local communities in east London where children attended the school.

She added that in most cases young girls wore the headscarf because they wanted to emulate their mothers. 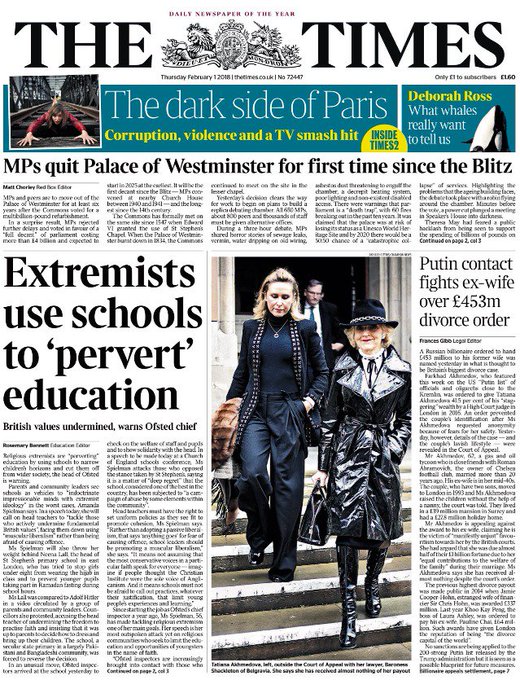 Neena Lall, of St Stephen’s state primary in east London, was subjected to abuse after trying to get young girls to stop wearing the headscarf. She also attempted to get some children to stop fasting during Ramadan.

Spielman told the conference that she would be defending the rights of head teachers to dictate uniform policy in their schools.

“It is a matter of deep regret that this outstanding school has been subject to a campaign of abuse by some elements within the community,” she said.

“I want to be absolutely clear – Ofsted will always back heads who take tough decisions in the interests of their pupils.”One of Britain’s leading counterterrorism officers has warned of the threat of children trained by the Islamic State group returning to the UK.

The news comes as Commander Dean Haydon, the head of the Metropolitan Police’s counter-terrorism command, told the London Evening Standard that police needed to safeguard children returning from Iraq and Syria – but warned that they also posed a “risk” as well.

“Some terror groups are training children to commit atrocities,” he said.

“We need to not just understand the risk the mother poses but the risk that any child poses as well. We look at them on a case-by-case basis and they may be arrested.”

He said that police were carrying out DNA tests on children who had been born in IS-controlled territories so as to establish their identity and right to live in the UK.

“If a mother turns up with a stateless child, born in Syria, we need to be satisfied that that child actually belongs to that mother because we have had instances of kids trying to be smuggled back into the UK but not actually belonging to that parent,” said Haydon.

Less than five potentially stateless children are thought to have returned to the UK with British mothers who had gone to Syria and married IS militants.

Haydon said police had identified all of the 850 or so British citizens who travelled to Syria in the past three years. Around 50 percent have returned and 15 percent were killed in fighting.

He said there was a “a plan in place for every single person” and that fewer than 10 people returned from Iraq and Syria last year, primarily women and children.

According to the Evening Standard, officials are also monitoring 3,000 “subjects of interest” and 20,000 individuals are still “potentially a concern” in the UK.

“I cannot give a timeline when I think the threat will come down,” said Haydon.

“It currently stands at severe, which means an attack is highly likely.”