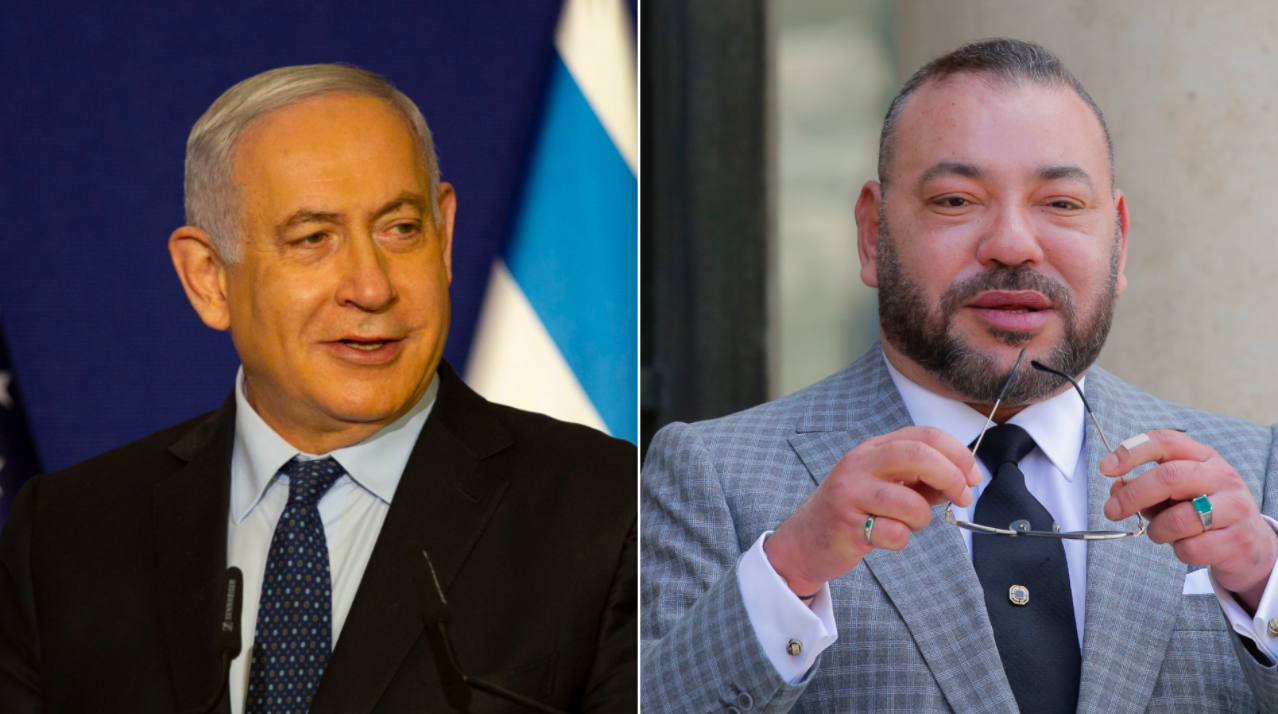 Israel and Morocco agreed on Thursday to normalize relations in a deal brokered with the help of the United States, making Morocco the fourth Arab country to set aside hostilities with Israel in the past four months.

As part of the agreement, US President Donald Trump agreed to recognize Morocco’s sovereignty over the Western Sahara, where there has been a decades-old territorial dispute with Morocco pitted against the Polisario Front, a breakaway movement that seeks to establish an independent state in the territory.

Morocco’s Royal Court said the United States will open a consulate in the Western Sahara as part of its deal to secure US recognition for Moroccan sovereignty over the territory.

Trump sealed the agreement in a phone call on Thursday with Morocco’s King Mohammed VI, the senior US official said. Morocco is the fourth country since August to strike a deal aimed at normalizing relations with Israel. The others were the United Arab Emirates, Bahrain and Sudan.

Under the agreement, Morocco will establish full diplomatic relations and resume official contacts with Israel, grant overflights and also direct flights to and from Israel for all Israelis.

“They are going reopen their liaison offices in Rabat and Tel Aviv immediately with the intention to open embassies. And they are going to promote economic cooperation between Israeli and Moroccan companies,” White House senior adviser Jared Kushner told Reuters.

“Today the administration has achieved another historic milestone. President Trump has brokered a peace agreement between Morocco and Israel ” the fourth such agreement between Israel and an Arab/Muslim nation in four months.

“Through this historic step, Morocco is building on its longstanding bond with the Moroccan Jewish community living in Morocco and throughout the world, including in Israel. This is a significant step forward for the people of Israel and Morocco.

“It further enhances Israels security, while creating opportunities for Morocco and Israel to deepen their economic ties and improve the lives of their people.” A White House statement on the phone call between Trump and the king of Morocco said Trump “reaffirmed his support for Morocco’s serious, credible, and realistic autonomy proposal as the only basis for a just and lasting solution to the dispute over the Western Sahara territory.” “And as such the president recognized Moroccan sovereignty over the entire Western Sahara territory,” the statement said.

Pakistan reiterated last month that it will not establish relations with Israel until there is “a viable, independent and contiguous” Palestinian state acceptable to the Palestinians.

The statement came in response to persistent speculative media reports and commentaries that the South Asian majority-Muslim nation might be reconsidering its rejection of recognizing Israel.

Prime Minister Imran Khan’s recent statement has been “clear and unequivocal” on the issue, underlined the ministry spokesman.

“The prime minister has made it clear that unless a just settlement of the Palestine issue, satisfactory to the Palestinian people, is found, Pakistan cannot recognize Israel,” the spokesman noted.

“For just and lasting peace, it is imperative to have a two-state solution in accordance with the relevant United Nations and OIC (Organization of Islamic Cooperation) resolutions, with the pre-1967 borders, and Al-Quds Al-Sharif as the capital of a viable, independent and contiguous Palestinian State,” the Foreign Ministry spokesman said.

Pakistan has denounced Israel since its inception in 1947. Pakistanis cannot visit the Jewish state because the country’s passport states that it is “valid for all countries of the world except Israel.”

Will Pakistan bow down to pressure?

Last month, Pakistan’s Foreign Ministry rebutted a barrage of reports on social and mainstream media that suggested Islamabad was poised to restore diplomatic relations with Israel, a move that would inevitably send shock waves across the country’s many radical Islamic groups.

The Foreign Office was forced to intervene before the rumors sparked demonstration or worse, always close to the surface in a nation that frequently rallies to the anti-Israel, pro-Palestinian cause.

Despite the official denials, analysts, observers and even some officials reckon there is at least a shred of truth in the viral speculation considering the shifting winds in the Middle East and with rising signs Saudi Arabia could soon follow the United Arab Emirates (UAE) in normalizing ties with Israel.

Analysts argue Pakistan could be next if Riyadh gives a similar nod.  Any such move would face political resistance at home. Pakistan Muslim League-Nawaz (PML-N) senator Musadiq Malik told Asia Times that such a crucial decision can not be made by a few individuals and that representatives of Palestine would also need to be consulted.

“A few people cannot thrust their verdict upon the nation. We have elected representatives and the parliament that could better determine policy in this regard,” he added, presumably meaning Prime Minister Imran Khan and his backers in the army establishment.

Furthermore, on Thursday, a small group of Karachi residents held a rare demonstration calling on the Pakistani government to recognize Israel. At the demonstration, which coincided with International Human Rights Day, the small group of Christian Pakistanis also asked their government to allow them to pilgrimage to Jerusalem, “as other Muslim countries have already done.” They expressed their anger that as citizens of Pakistan they are prohibited from visiting Israel.

However, it remains more likely that Pakistan will insist on its resistance to normalization, as is shown by its increasing ties with Qatar, which could be crucial to bypassing Saudi pressure, as Qatar’s economic might and are against the prospect of normalization with Israel. President Dr. Arif Alvi has said that Pakistan and Qatar enjoyed excellent relations in all areas of mutual interest and Pakistan wants to further strengthen and broaden bilateral cooperation with the brotherly country. He made these remarks while talking to the visiting Commander of Qatar Air Force, Major-General (Pilot), Salem Hamad Eqail Al-Nabet, who called on him, at Aiwan-e-Sadr.