▶ Check out my gear on Kit: https://kit.com/kjvids

Mesut Özil is considered one of the greatest midfielders of his
generation.

The Arsenal midfielder quit international football, citing “racism and disrespect” he has faced in Germany.

In a lengthy statement posted on social media, he said he did not feel accepted in German society.

He says he received hate mail and threats and was being blamed for Germany’s disappointing World Cup.

He felt singled out because of his Turkish heritage and his meeting with the Turkish President in May.

Ozil also cited statements from Germanpoliticians, racist taunts from fans and hate mail leading up to his decision.

“I am German when we win, but I am an immigrant when we lose,”

Thousands took to Twitter to support Ozil and lay scorn at the abuse Muslim and African players are subjected to in Europe.

Mesut Ozil’s story shows that despite the slogans, racism has not been kicked out of football. 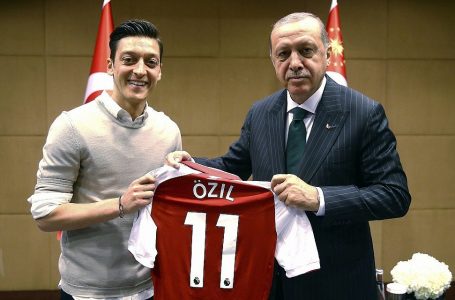