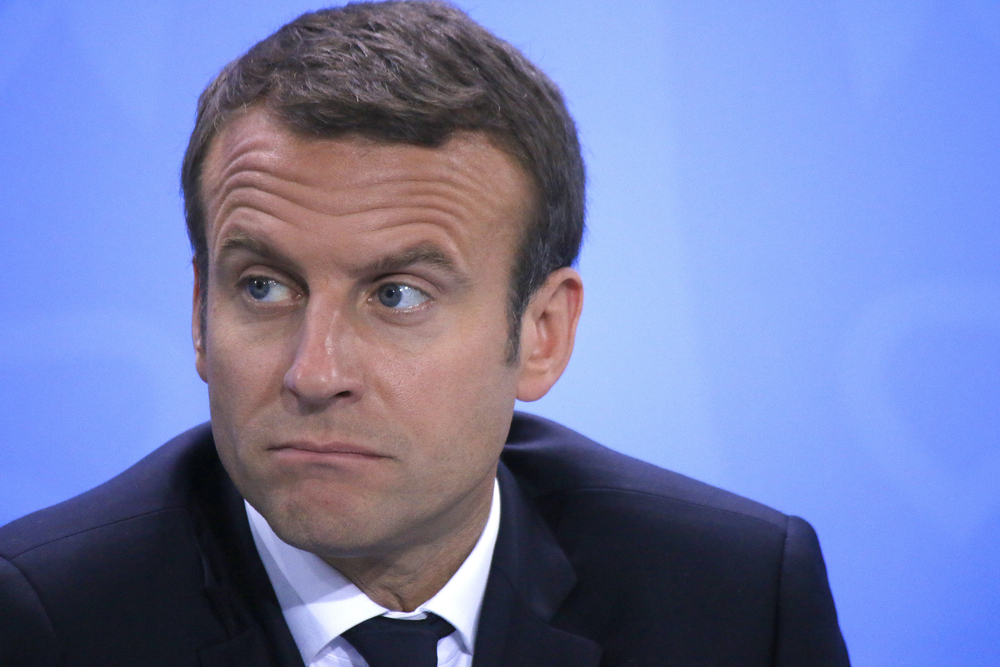 2 weeks ago, President Emmanuel Macron unveiled a plan to defend France’s secular values against what he termed as “Islamist radicalism”, saying the religion was “in crisis” all over the world, prompting a backlash from Muslim activists. In a long-awaited address on Friday, Macron insisted “no concessions” would be made in a new drive to push religion out of education and the public sector in France.

“Islam is a religion that is in crisis all over the world today, we are not just seeing this in our country,” he said. He announced that the government would present a bill in December to strengthen a 1905 law that officially separated church and state in France.

Furthermore after Samuel Paty, 47 was killed after he showed his class drawings of the prophet during a debate on free speech, Macron promised France would not “renounce the caricatures”.  In addition to this, caricatures of Prophet Muhammad were projected on government buildings in Paris.

Since 1905, France has adopted the laicite or secularism value. With the collapse of the French empire following World War II, France’s largely homogenous society in the metropolitan areas changed overnight and became home to many former colonial subjects and their descendants, mainly from North and West Africa. Yet the country’s reaction towards Islam on its own turf, spurred in part by its traumatic defeat in Algeria, has led to regulations that have targeted the visibility of Islam. According to the state, French Muslims live in a counter-society.

Macron’s comments of seeking to reform Islam, a religion that is more than 1,400 years old and is followed by two billion people around the world, is an ambitious and provocative move; several activists have said the government should instead invest more effort in addressing the marginalisation of French Muslims in the banlieues, or surburban ghettos in the country.

Residents of these areas, often with ancestry in Africa and the Middle East, are alienated; they suffer from high levels of unemployment and poor social housing. They are marginalised in every sense of the word – public transport from the banlieues to the centre of Paris, for instance, is severely lacking. Since 2012, there have been 36 attacks carried out by a fringe minority of Muslims on French soil.

Some believe that Macron has had to resort to diversionary tactics, such as the stigmatisation of the Muslim minority in order to save his declining popularity. (In September 2020, an IPSOS opinion poll revealed that the French population has a pessimistic view of France under the Macron presidency  78 percent of the respondents said that France was in decline and 27 percent of them said that such a decline is irreversible.) This strategy consists of amplifying ad nauseam a crude Islamophobic discourse that creates the impression that France is at the risk of losing its identity and future to alleged Islamist forces.

The backlash over French President Emmanuel Macron’s critique of Islam has intensified after Turkey’s President Recep Tayyip Erdogan questioned his counterpart’s mental health, while Muslims in several countries are demanding a boycott of France.

Anger escalated across the Islamic world over the president’s remarks at a national tribute to the murdered high-school teacher Samuel Paty last week.

Turkey, Iran, Jordan and Kuwait are among Islamic countries to criticise the publication of the caricatures, which originally appeared in France in Charlie Hebdo, sparking a terrorist attack on the satirical newspaper in 2015 that killed 12 people. The Organisation of Islamic Cooperation also denounced the “suggestions of certain French leaders … that risk submerging French-Muslim relations”. While condemning “all acts of terror in the name of religion” it attacked the “continued publication of blasphemous cartoons” of the prophet. Muslims have also been angered by Macron’s comments earlier this month that Islam is “a religion that is in crisis all over the world today”.

In Qatar, certain food distribution groups announced they were removing French products from their shops for the foreseeable future. Meanwhile, French cultural week planned at the Qatar University has been postponed because of a “deliberate attack on Islam and its symbols”. In Kuwait, French cheeses La Vache Qui Rit and Babybel have been removed from some stores. About 430 Kuwaiti travel agents have reportedly suspended reservations for flights to France. Pakistan also criticised France on Sunday, with the prime minister, Imran Khan, accusing Macron of “attacking Islam” by encouraging the publication of caricatures of Muhammad.

After Erdoğan criticised Macron directly, saying “Go and get your mental health tested”, Paris recalled its ambassador to Ankara and responded that the comment was “unacceptable”. It accused Turkey of “whipping up hatred” against France.

France has appealed for foreign governments to stamp out calls by what it calls a “radical minority” for a boycott of French products after Emmanuel Macron’s public backing of the Muhammad caricatures.

In a strongly worded statement,France’s foreign ministry demanded that calls for a boycott of its products and the “occasionally hateful” protests against the country must end.

“These calls distort the positions defended by France in favour of freedom of conscience, freedom of expression, freedom of religion and the refusal of any call to hatred,” it read.

“Consequently, the calls for boycott are pointless and must cease immediately, as must all attacks against our country, instrumentalised by a radical minority.”

The statement added: “The ministers and our entire diplomatic network are fully mobilised to remind and explain to our partners France’s positions, particularly with regard to fundamental freedoms and the rejection of hatred, to call on the authorities of the countries concerned to dissociate themselves from any call for a boycott or any attack against our country, to support our companies and to ensure the safety of our compatriots abroad.”

President Macron also tweeted, coinciding with the issuance of the French statement, in several languages, including Arabic, saying, “Nothing makes us back down, never. We respect all differences in the spirit of peace. We never accept hate speech and defend rational debate. We will always stand by human dignity and universal values.” “