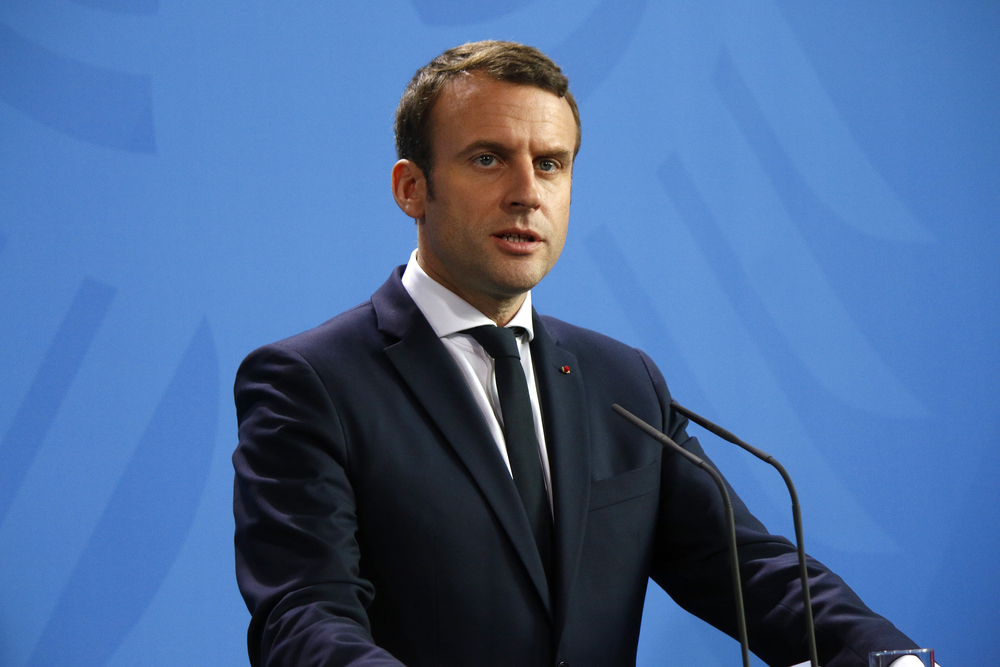 President Emmanuel Macron has unveiled a plan to defend France’s secular values against what he termed as “Islamist radicalism”, saying the religion was “in crisis” all over the world, prompting a backlash from Muslim activists.

In a long-awaited address on Friday, Macron insisted “no concessions” would be made in a new drive to push religion out of education and the public sector in France.

“Islam is a religion that is in crisis all over the world today, we are not just seeing this in our country,” he said. He announced that the government would present a bill in December to strengthen a 1905 law that officially separated church and state in France.

The measures, Macron said, were aimed at addressing a problem of growing “radicalisation” in France and improving “our ability to live together”.

“Secularism is the cement of a united France,” he insisted, but added that there was no sense in stigmatising all Muslim believers. France is the fountainhead of secularism or “laicite” as the French call it. Islam is the second-most widely professed religion in France just behind Christianity. France has one of the largest number of Muslims in the Western world and it has an uneasy relationship with Islam.

French Opposition leader Marine le Pen has compared Muslims praying in streets to Nazi occupation. Anne-Christine Lang, member of Emmanuel Macron’s party walked out of a Parliamentary hearing in September because a student union leader decided to wear a veil for the hearing.

In 2010, France banned the burqa. A year later, street prayers on Fridays were banned. Three years back, Muslim organisations sued the state as they wanted meals without pork in schools. Now, the French president wants Islam to be fully compatible with French laws.

According to Macron, most Muslims want this too with these words President Macron launched his mission to rein in political Islam in February for those living in France it was no surprise since France has been a target of multiple terrorist attacks in recent years.

What does this mean for French Muslims?

“Behind this law, there is a real stigmatisation,” Nagib Azergui, founder of the Union of French Muslim Democrats political party, told Al Jazeera. “[The proposal] is making a direct link between Muslims, terrorism and radicalisation.”

Azergui said he feared the consequences of that could be an increase in Islamophobia throughout the country.

“We’re in a state of vigilance where people are calling the police and saying my neighbour who has a beard or wears a headscarf is a threat.”

“Stop stigmatising Muslim women, whether they wear a headscarf or not, whose clothing choices have become a subject of national debate,” they said. “Stop the escalation of empty political and media debates. Stop the indictment of any speaker, Muslim or not, who does not subscribe to the racist speeches that have become omnipresent on our screens.”

While some welcome the government’s so-called anti-separatisms drive as long overdue, leaders of France’s roughly six-million-strong Muslim community western Europe’s largest fear it may unfairly single them out.

“We’re near the end of Macron’s first term,” said Jawad Bachare, director of the Collective Against Islamophobia in France, which has sometimes been accused of having links to the Muslim Brotherhood. “And with each election there are the same questions about Muslims, and the financing of Muslim places of worship.”

“The ‘Islam is in crisis’ statement made by Macron in a city where Muslims are in the majority is beyond disrespectful, it is a clear provocation,” Erdogan told an event celebrating mosques and religious personnel in Ankara.

Macron made his remarks during a visit to Les Mureaux, an impoverished northern suburb of Paris.

Erdogan and Macron discussed the disagreements and bilateral ties during a phone call last month, following weeks of tensions in the eastern Mediterranean. The two men agreed to improve ties and keep communication channels open.

However, Erdogan said on Tuesday that Macron had disregarded their agreement with his comments, adding that labelling Muslims in France as separatists would lead to “major conflicts”.

In a separate statement on Twitter, ruling Justice and Development Party (AKP) Spokesperson Ömer Çelik strongly criticized Macron for violating freedom of faith and laws through the proposed drafted bill.

“Macron is lending a support to the hate crimes and not democracy and human rights,” he said, calling the French president’s move a “provocation.”

“Mentioning the creation of a ‘French Islam’ is a dictatorial approach and a blatant ignorance. Macron should deal with growing xenophobia and Islamophobia,” he stated.