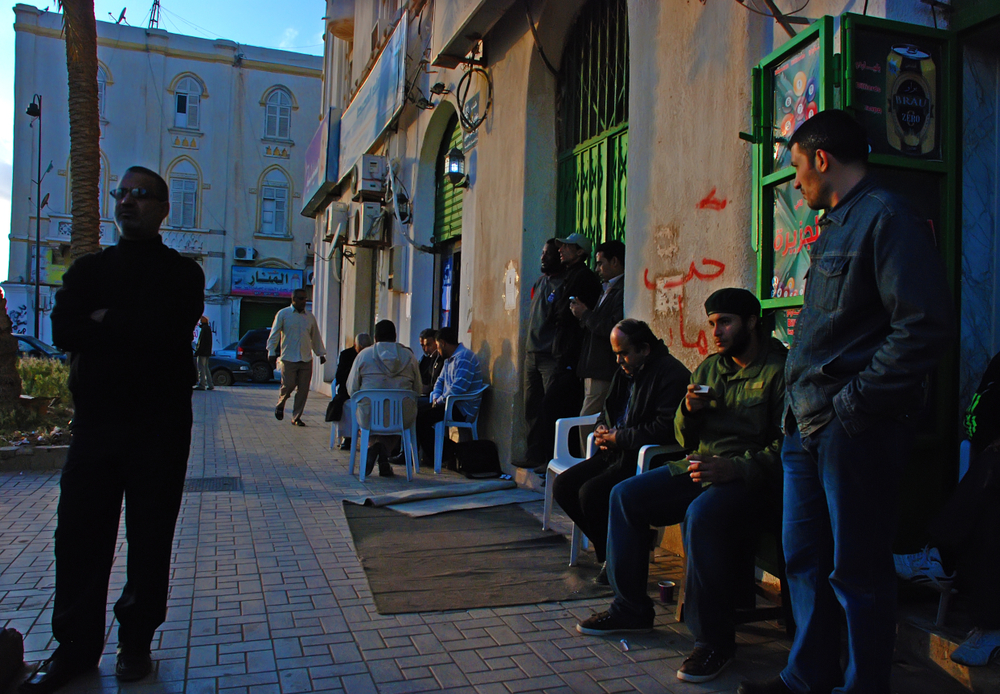 There have been many attempts to solve the conflict peacefully, as several international conferences with the participation of world powers and regional actors in Paris, Abu Dhabi, and Palermo sought to find a political solution and stabilize the situation in line with relevant UN resolutions, however with limited success.

After meeting with Haftar, Egyptian President Abdel-Fattah al-Sisi on June 6 proposed the “Cairo Declaration,” calling for a cease-fire in Libya on June 8, talks in Geneva, the election of a leadership council, the disbanding of militias, and the exit of all foreign fighters from Libya. The GNA did not attend the meeting in Cairo and kept silent to the new offer, while turkey and EU said the new proposal is “unacceptable.”

Many believe Cairo is engaged in a desperate attempt to save Haftar from the latest losses he has suffered from the Turkish backed offensive by the GNA.

In July, the Libyan National Army (LNA) Spokesperson Major General Ahmed al Mesmari said Sunday that his country seeks to realize a political resolution for the current crisis while adding that Turkey and Qatar do not want such a thing to happen.

Positive signs from talks in Morrocco

In what appears to be the first glimpse of possible dialogue between the GNA and LNA, the two rival sides have entered talks in Morrocco. Delegates from Libya’s rival administrations have reached an agreement at talks in Morocco on criteria for appointments to their country’s key institutions.

Dubbed the “Libyan Dialogue,” the discussions brought together five participants from the internationally recognised Government of National Accord (GNA), which controls the capital, Tripoli and the northwest, and five others from the House of Representatives (HoR), based in the eastern city of Tobruk.

Arab media reported breakthroughs on several key points during talks between rival Libyan political leaders outside the Moroccan capital, Rabat. It was not clear if any of the breakthroughs would last into further negotiations in Geneva next week.

Khaled al-Mishri, the head of the Council of State in Tripoli, told Al Jazeera TV Wednesday, “We cannot say that the (Morocco meetings) are … real dialogue sessions so far. Rather, they are preliminary consultations for the start of the dialogue.”

Libya analyst and political writer Abdel Basset Ben Hamill said the Moroccan talks were not expected to follow the same track as the upcoming Geneva talks, and in any case, “There is absolutely no talk about disbanding militias and making mercenaries leave the country.”

Following the meeting in Bouznika on Thursday, HoR’s Idris Omran read out a joint statement to reporters saying the delegates had agreed “the criteria, transparent mechanisms and objectives” for key posts. He did not give further details but said the two sides would meet again during the last week of September to finalise mechanisms “that would guarantee the implementation and activation” of the agreement.  The naming of the heads of Libya’s central bank, its National Oil Corporation and the armed forces have been the main points of dispute, according to Libyan media.

Arab League deputy head Hossam Zaki stressed in a press conference in Cairo that Libya negotiations will not be easy. He said that in all honesty, the Libya dossier is going to require the goodwill of all sincere parties who want to get the country out of this impasse.

Nevertheless, the willingness from both sides to take the prospective of negotiations seriously, is a very positive and unprecedented sign in Libya, that could bring peace to the table. As for the motives of the LNA, and why the negotiations could produce positive results, the next section will present a possible reason.

Dozens of protesters have rallied in Benghazi over deteriorating living conditions and power cuts, in a rare show of public dissent in Libya’s second-biggest city.  Footage posted on social media on Thursday showed large plumes of smoke rising into the sky after demonstrators set tyres ablaze and blocked access to some roads.

A city of some 650,000 residents, Benghazi is the main base of renegade military commander Khalifa Haftar, whose self-styled Libyan National Army (LNA) in April 2019 launched an offensive to wrest control of the capital, Tripoli, the seat of the internationally recognised Government of National Accord (GNA).

Electricity supply has deteriorated this year, leading to protests last month in Tripoli and adding to poor living standards amid a surge in cases of the novel coronavirus. The most immediate cause of the worsening power supply is a lack of fuel for electricity plants. The LNA has accused the Tripoli-based National Oil Corp (NOC) of not importing enough fuel to operate the plants. The NOC last month warned of worse blackouts in eastern Libya, saying the shortage was caused by the LNA’s months-long blockade of oil and gas facilities. It said imports of diesel to operate the plants were causing it “severe financial difficulties.”

The NOC has appealed for the LNA to end the blockade, which began in January and has drastically cut production, leading to a near-total collapse of energy revenue Libya’s main source of foreign currency this year.

This is a major worry for the LNA, as it is increasingly incapable of balancing its war efforts and maintaining economic stability in its territories, especially Benghazi. There is increasing unrest, and the city’s population are growing increasingly hostile to the LNA. This could be a motive for the LNA’s recent openness to talks, and a reason for their success, as the LNA is well aware, that the only way its territories can meet their energy needs is through cooperation with Tripoli. The LNA might have realized that after its failed attempt to gain Tripoli last year, the only possible solution now is to cooperate with the current holders of Tripoli, the GNA. This could be a major force behind negotiations, and could lead to peace. But there is still much work to be done.