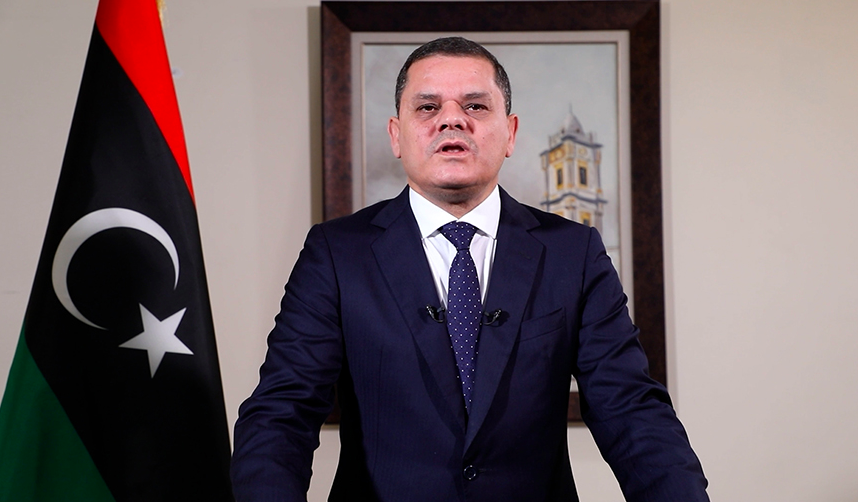 UN-sponsored talks in Geneva have produced a new interim government for Libya, which aims to hold national elections later this year. It is the first time the country has had a unified leadership in four years.

Last month, the 75-strong Libyan dialogue forum elected Abdul Hamid Dbeibah as prime minister, and Mohamed al-Manfi from the east as the head of a three-strong presidential council. Musa al-Koni, as the deputy representing the country’s south, and Abdullah al-Lafi complete the council.

The aim has been to ensure the three regions of Libya are represented in the government in the run-up to the elections. The election of a unified administration aims at ending a division in Libya that has lasted for more than five years, with two rival governments, and their affiliated armed groups, running different parts of the North African country.

Seventy-four members of the Libyan Political Dialogue Forum (LPDF), which includes Libyans from different political backgrounds, elected a list that includes the prime minister and the head of the Presidential Council.

“On behalf of the United Nations I am pleased to witness this historic moment,” said UN acting Libya envoy Stephanie Williams, who was interrupted by applause.

The winning list got 39 votes, which is more than the required 50 percent plus one of the 73 valid votes. One voter abstained.

None of the four slates – each including a candidate for prime minister and three for a presidency council – secured the 60 percent threshold of votes needed to win outright in the first ballot.

The two slates with the most votes went to a runoff vote.

Almost all candidates committed to holding the elections on time and vowed to work on national reconciliation and help displaced Libyans get back to their homes. Addressing the LPDF earlier this week, Dbeibeh said he wanted to focus on uniting and restructuring the country’s military and set up a ministry for national reconciliation and reparation.

Libya’s prime minister-designate has submitted a proposed government lineup to parliament for approval, his office said, a key step towards unifying the country that descended into chaos after long-term leader Muammar Gaddafi was removed in 2011.

“In accordance with the roadmap of the political agreement, [Prime Minister Abdul Hamid Dbeibah] handed over to the speaker of elected parliament his proposals for ministerial portfolios,” his office said in a statement on Thursday.

Names in Dbeibah’s proposed government were not made public, but the House of Representatives is slated to vote on the list on Monday in the central coastal city of Sirte, located roughly halfway between the two rival administrations.

Under the UN plan, the prime minister has until March 19 to win approval for a cabinet, before tackling the giant task of unifying Libya’s proliferating institutions and leading the transition up to December 24 polls. Parliamentary approval, is therefore crucial.

The U.N. special envoy for Libya, Jan Kubis, also spoke to both Dbeibah and influential Parliament Speaker Aguila Saleh on Thursday, where he “stressed the importance of moving forward” with the vote of confidence on the Cabinet set for March 8.

If approved, the interim government will replace the Tripoli-based Government of National Accord (GNA) led by Prime Minister Fayez Sarraj. The GNA assumed office in 2015 under a U.N.-led agreement. But efforts for a long-term political settlement failed due to a military offensive launched by militias loyal to Gen. Khalifa Haftar.

It faces the daunting challenge of addressing the grievances of ordinary Libyans, hit by a dire economic crisis, soaring unemployment, wretched public services and crippling inflation.

There are still question marks surrounding the GNA’s stance on the new proposed interim government, as a new obstacle has begun to emerge, hindering a smooth transition that would allow Dbeibah’s to assume his role as head of government, to which he was elected February 5.

One of the first indications of obstacles ahead was Sarraj’s decision to order members of his cabinet to not deal or communicate with the new executive authority, despite being aware that his government has become a caretaker one since Dbeibah’s election.

In his decision, issued March 2 and made public March 3, Sarraj demanded from the members of his government and heads of public bodies and institutions not to deal with the leaders elected during the Libyan Political Dialogue Forum (LPDF) before they are granted full legitimacy.

Sarraj based his decision on seemingly legal considerations according to which the new executive authority has not yet been granted formal legitimacy since it has not received a vote of confidence in parliament.

In his decision, Sarraj stressed that the heads of bodies and institutions should not hold any meetings without prior permission from the leaders of the LPDF with  members of the elected presidential council headed by Muhammad al-Menfi, and the government headed by Dbeibah.

He also stressed “the need of adhering to working guidelines within public institutions.”

Sarraj attributed his decision to what he described as “the desire to distance public institutions and bodies from interference with the ongoing political process before the due scheduled dates.”

However, it seems that if the parliament approved Dbeibah’s cabinet, the GNA are likely to accept the transfer of power, especially considering Turkey’s (main backers of the GNA) announced support for the interim government.

In another positive sign forecasting the success of the transfer of power, Jan Kubis, the UN’s Special Envoy for Libya, met two weeks ago in Benghazi with Gen. Khalifa Haftar, commander of the eastern-based Libya National Army (LNA).

The UN Support Mission in Libya said that Haftar and Kubis agreed on the importance of all parties in Libya working to ensure the elections go ahead as planned. They also discussed ways to speed up the implementation of the ceasefire agreement in the country, and the reopening of a key coastal road linking Tripoli in the west with Benghazi.

However, even if approved by the parliament, the new interim government will have to deal with a chaotic and dangerous public environment in Libya, as shown by the recent assassination attempt of Libyan Interior Minister Fathi Bashagha in which gunmen fired on his motorcade in the capital Tripoli, though an armed force that said its members were involved disputed his account.

Speaking to Reuters, Bashagha said a vehicle started encroaching on his convoy and people inside the vehicle opened fire, leading to an exchange of fire in which one of his guards and one of the attackers were killed.

“It is not an incident that came by chance, but was well-planned,” Bashagha said.

His guards pursued the vehicle and it overturned, he said, adding that they arrested two people, one of whom was wanted by police.

U.N. envoy Jan Kubis condemned the incident and called for an investigation, saying on Twitter that “such reckless acts pose threats to stability and security and aim at derailing the political process”.

The incident comes as the internationally recognised Government of National Accord (GNA), in which Bashagha serves, prepares to make way for a new interim government selected in a U.N.-led process aimed at unifying Libya’s warring factions.

Such incidents, the existence of various armed groups, as well as the continued economic difficulties in Libya, will be major challenges for the interim government to address, once they come into power, and could present major obstacles preventing the planned elections in December. Despite this however, there remains optimism, as all parties, including the GNA, Haftar and their foreign backers appear willing to support the peace process, after years of costly and brutal wars.