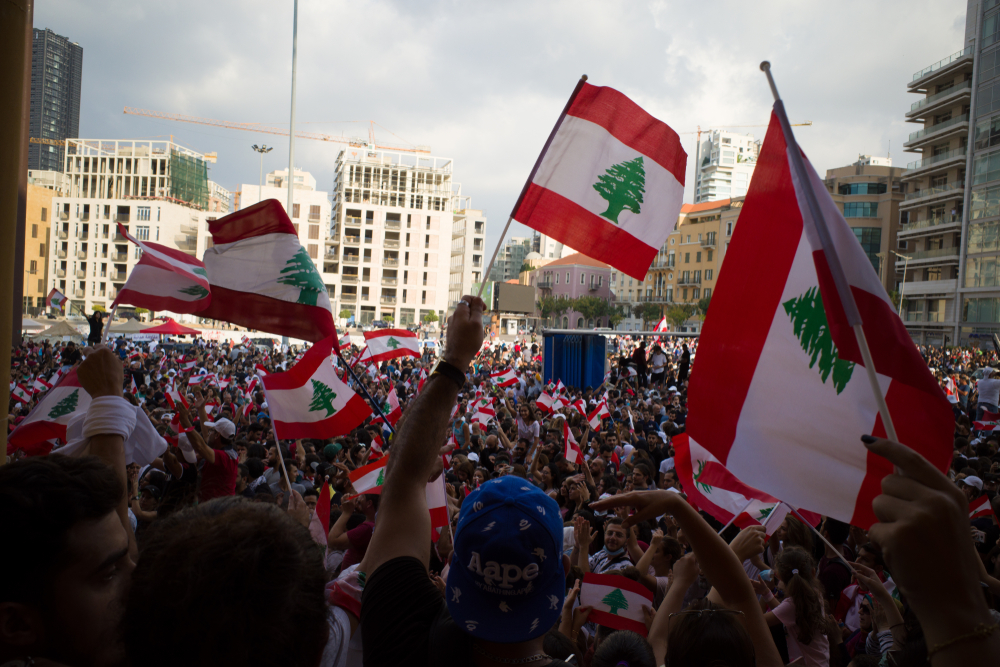 Lebanon’s government has stepped down as Prime Minister Hassan Diab blamed endemic corruption for a devastating explosion last week that tore through the capital. President Michel Aoun accepted Diab’s resignation on Monday and asked the government to stay on in a caretaker capacity until a new cabinet was formed.

This comes 6 days after the Beirut blast, which killed hundreds and left thousands injured, which has been seen by many as the government’s fault. “This crime” was a result of corruption that is “bigger than the state”, Diab said in a televised statement, adding that he was taking “a step back” so he could stand with the people “and fight the battle for change alongside them”. “I declare today the resignation of this government. May God protect Lebanon,” Diab said, repeating the last phrase three times.

The move risks opening the way to dragged-out negotiations over a new Cabinet amid urgent calls for reform. It follows a weekend of anti-government protests after the Aug. 4 explosion.

Diab owed his appointment late last year to public anger with the ruling elite, but in the end fell victim to it. Heading what was billed as a government of “technocrats” experts supposedly above Lebanon’s complex and murky political fray he was tasked with rescuing the country from its worst economic crisis since the 1975-1990 civil war. Promising a new style of governance, the American University of Beirut (AUB) engineering professor and former education minister described himself as “one of the rare technocrat ministers since Lebanon’s independence” in the 1940s. But anger quickly grew as the coronavirus pandemic only worsened the country’s economic collapse and Diab’s government, having defaulted on Lebanon’s debt, also failed in its negotiations for an IMF bailout.

Furthermore, as Diab himself admitted in his speech above, the political scene in lebanon remains plagued with corruption and political reform is still needed, as will be further elaborated on below.

The Beirut blast has significantly amplified the deep problems that are present in the Lebanese political scene. Since October, there have been mass demonstrations demanding the departure of the entire sectarian-based leadership over entrenched corruption, incompetence and mismanagement. But the ruling oligarchy has held onto power for so long – since the end of the civil war in 1990 – that it is difficult to find a credible political figure not tainted by connections to them.

The thousands of tons of ammonium nitrate that Lebanese officials are blaming for the huge explosion arrived in the city aboard an ailing, Russian-owned cargo ship that made an unscheduled stop in the city more than six years ago. Lebanese customs officials wrote letters to the courts at least six times from 2014 to 2017, seeking guidance on how to dispose of the highly combustible material, according to public records cited by a Lebanese lawmaker, Salim Aoun.

Although Diab’s resignation had appeared inevitable after the catastrophe, he seemed unwilling to leave and only two days ago made a televised speech in which he offered to stay on for two months to allow for various factions to agree on a road map for reforms. But the pressure from within his cabinet proved to be too much.

The protesters accuse the political elite of exploiting state resources for their own benefit through networks of patronage and clientelism that mesh business and politics. Unlike many Arab countries, Lebanon is not dominated by one strong ruler but has a number of leaders and parties with sway over the country’s various sectarian groups. Positions are apportioned by quotas among 18 officially recognized sects. Parliament is half Christian and half Muslim. The prime minister must be a Sunni Muslim, the president a Maronite Christian and the speaker of parliament a Shi’ite. Critics say the system has kept the ruling caste in power indefinitely and allowed politicians to put their own interests above those of the state. The protesters’ demands include not only removing the elite, but also overhauling the system. “There’s a self-centered political elite that still hasn’t acknowledged the changing realities or how difficult the situation is,” said Mohanad Hage Ali, a fellow at the Carnegie Middle East Center. “They want to focus on their own profiteering in the system.”

Furthermore, Hezbollah’s involvement and power in Lebanon has acted as a catalys and hastened the downfall, as the group has protected corruption in the Lebanese government for years. For his part, political analyst Moufid Mostafa touched on the lack of independence of the incumbent Lebanese government, calling it “the government of Hezbollah.” “The most prominent challenge the government is facing today is that it is the government of Hezbollah and its allies and therefore the Gulf states do not want to support them,” Mostafa told Anadolu Agency. He pointed out that the government has failed in talks with the International Monetary Fund (IMF) to take a loan, citing “their inability to meet the required reforms.”

Now, in what exemplifies how desperate Lebanon is politically, there are undertones of nostalgia to its colonial past. French President Emmanuel Macron was the first foreign official to arrive in Beirut on August 6. Besides empathy and aid, Macron also brought a political message. Indeed, the tragedy of Beirut seemed like an opportunity for the French president. Some Lebanese received Macron like a hero. While his warm welcome can be understood as a protest against the Lebanese political elite, it also revealed the survival of colonial mentality. There are indeed some people in Lebanon who enjoy flirting with the idea of being ruled by France. The same could be said about the welcome of the Turkish delegation that arrived in Beirut last week, with some holding Ottoman flags. However, while Turkey’s visit was more to do with monetary aid, France’s was more to do with political reform, and Macron has even stated he would lay down a political proposal and take responsibility himself, further showing that France is playing into this opportunity.

With the Diab government stepping down, Lebanon now have a very short window to try and reform the political establishment. However, foreign interference could be a problem. The main one being the organization that has controlled Lebanese politics for many years, Iranian-backed Hezbollah.

Hezbollah represents something very challenging. It is more powerful than the state militarily, and more cohesive than any other single sectarian organisation. It is also structurally linked with Iran, Syria, and other militant parties in a regional “resistance” front. Hezbollah mostly operates behind the scenes through shifting alliances with leading Christian, Shia, and Sunni groups in the successive governments it has supported. We might have entered a phase in Lebanon where, effectively, the two most powerful actors have emerged as Hezbollah and the mass of uncoordinated but probably unstoppable protest movement which wants to replace the current power structure with a more democratic and rule-of-law-based governance system.

So although the government has resigned, the same power brokers operate behind the scenes and it is hard to see how real political change can occur. That’s why many frustrated Lebanese are looking for external help. There have been calls to freeze politicians’ assets, proposals to sue the government in the International Criminal Court. Lebanon’s appeal for external help is therefore out of desperation and the inability of the Lebanese people to topple the government themselves.

However, if the protesters harness their immense popular support into a focused political process, they could eventually engage and remove the existing power elite, and then hold parliamentary elections that independent groups would oversee – two of their key demands. We should expect to see intense negotiations to agree on a new, non-sectarian elections law that would permit new elections, in turn leading to a new president and a fully re-furbished governance system. This would ideally be managed by a transitional emergency government of respected technocrats focused on stabilising the economy and supporting the majority of needy people.

Diab’s resignation could therefore either be the first step to historical political reform, or another stage in the same cycle that has been going on for decades, and that repeated itself when Diab replaced Hariri.