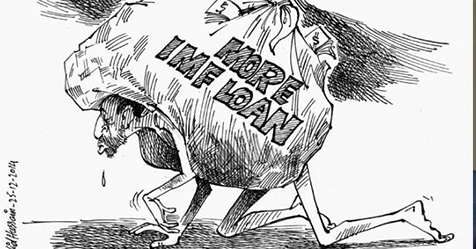 While announcing the national security approach, Trump asked Pakistan to take “decisive action” against terrorist groups operating from its soil, adding, “We have made clear to Pakistan that while we desire continued partnership, we must see decisive action against terrorist groups operating on their territory. And we make massive payments every year to Pakistan. They have to help.”

Since the time of former General Musharraf, Pakistan has provided the United States unabated support in her so called war on terror. Unsurprisingly the biggest victim of this war has arguably been Pakistan with thousands of civilian casualties.

Before Pakistan joined the war on terror, suicide bombings and insurgency was unheard of to the wider Pakistani population. But now the term “Deshat Gard” is a household term. The war on terror has led to the devastation of millions of people whose lives have been caught up and implicated in America’s geopolitical games due to the political, economic and social turmoil created in the country because of it.

Sadly, the rulers of Pakistan have failed to take a courageous stance against America whilst others are taking advantage of America’s waning influence in the World. China has been able to push back America from it’s region and Russia is showing more assertiveness in the periphery of Eastern Europe.

The good news is that, majority of Pakistani’s appear to believe that America is the primary cause of this trouble and as our poll suggests majority clearly want Pakistan to sever the economic dependency on America that the Pakistani establishment has foolishly created.

With a young, disenfranchised and Islamically inclined population of Pakistan, it will be interesting to see if they will be able to take control of their own political fate in the future.