There has been an increase in student protests amid brutalities of Indian forces in held Kashmir. Kashmiri students have come out in droves to protest against Indian soldiers. Clashes have erupted between protesters and forces which has also lead to many Kashmiris being detained. In a turn of events, for the first time female schoolgirls have taken part in protests, making it all the more powerful. 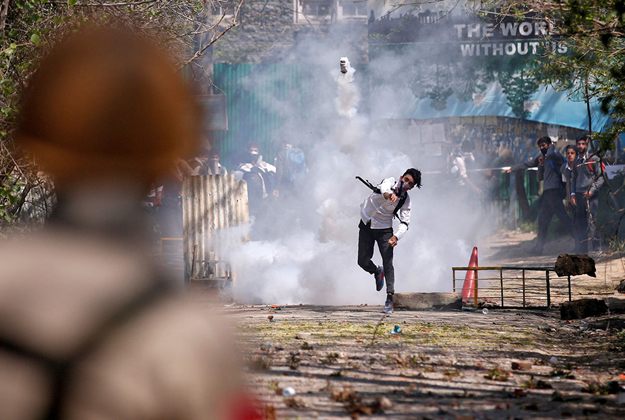 Clashes erupt in Srinagar, Kashmir as hundreds of college students took to the streets to protest a police raid on their school in southern Pulwama town. PHOTO: REUTERS 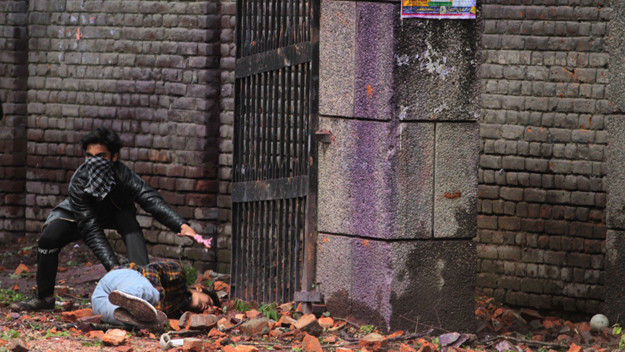 A protester shields a fellow student injured in the clashes in Srinagar. PHOTO: ALJAZEERA 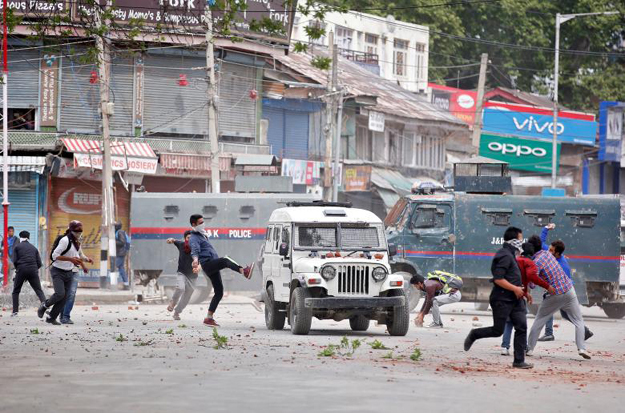 Kashmiri protesters hurl pieces of bricks and stones towards Indian police vehicles during a protest in Srinagar April 24, 2017. PHOTO: REUTERS 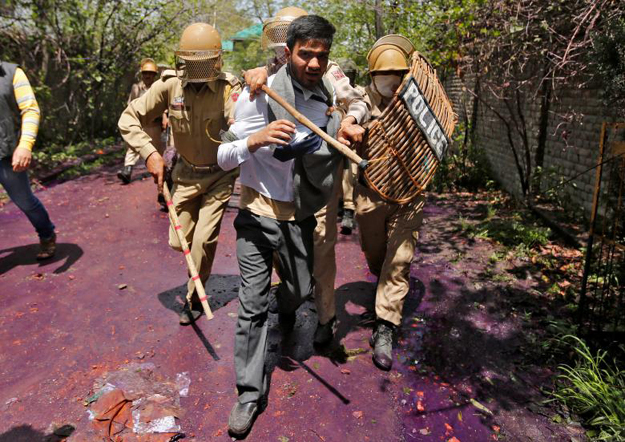 Indian policemen detain a Kashmiri student during a protest in Srinagar on April 24, 2017. PHOTO: REUTERS 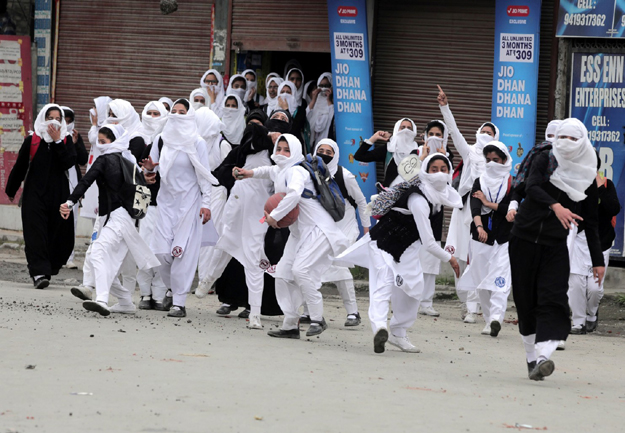 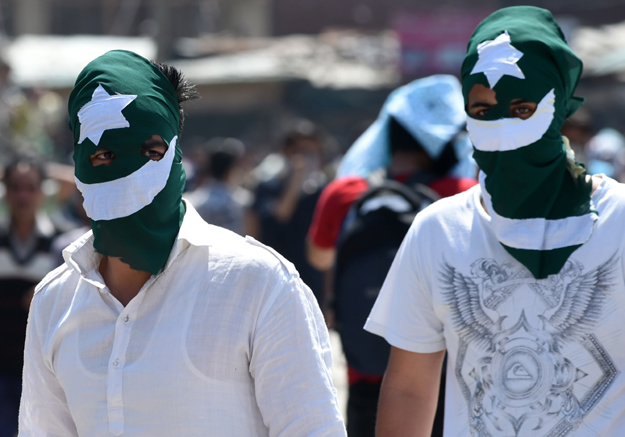 Kashmiri protestors, their faces masked with Pakistani flags, look towards Indian government forces during clashes after Friday congregational prayers outside The Jamia Masjid in Srinagar on May 5, 2017. PHOTO: AFP

A Kashmiri student throws a stone at Indian police during a protest in Srinagar on April 24, 2017. Female students from various colleges in IOK took part in mass protests against Indian soldiers. PHOTO: REUTERS 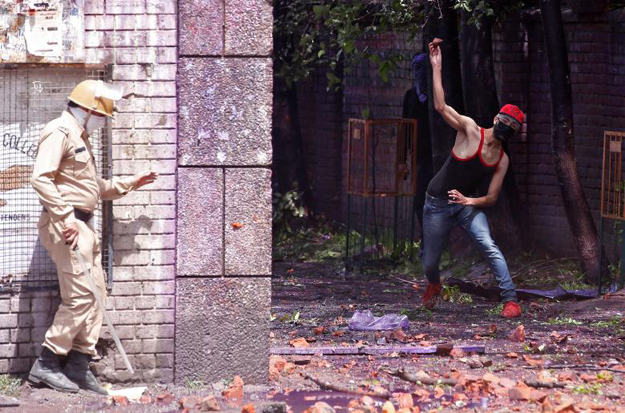 A Kashmiri student throws a piece of brick towards Indian policemen during a protest in Srinagar. PHOTO: REUTERS 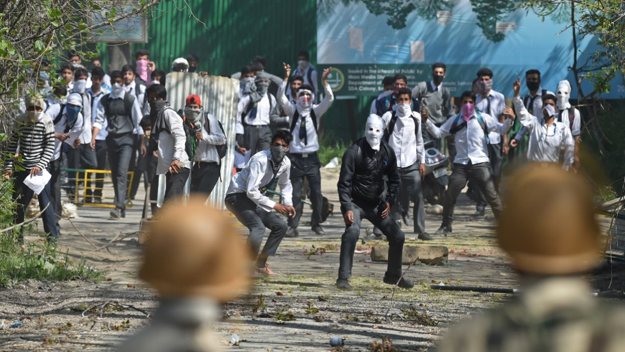 Kashmir has been tense since April 9, when eight people were killed by police and paramilitary troops during election day violence. PHOTO: AFP 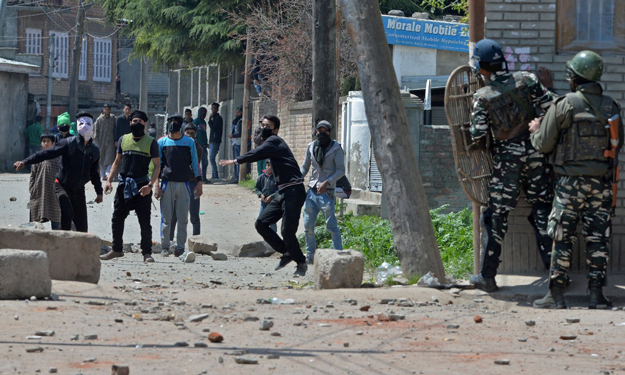 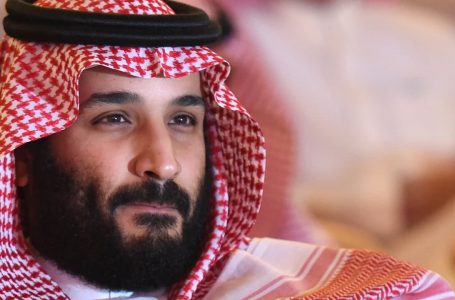 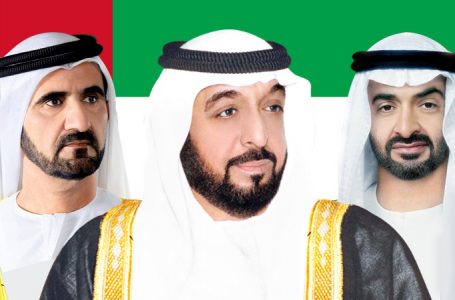 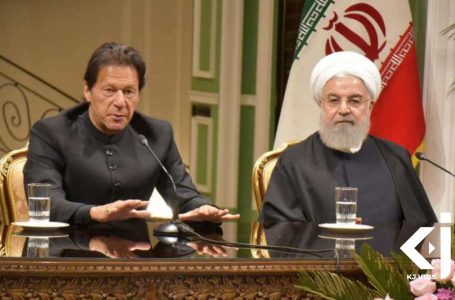 Is the Kashmir issue bringing Iran and...