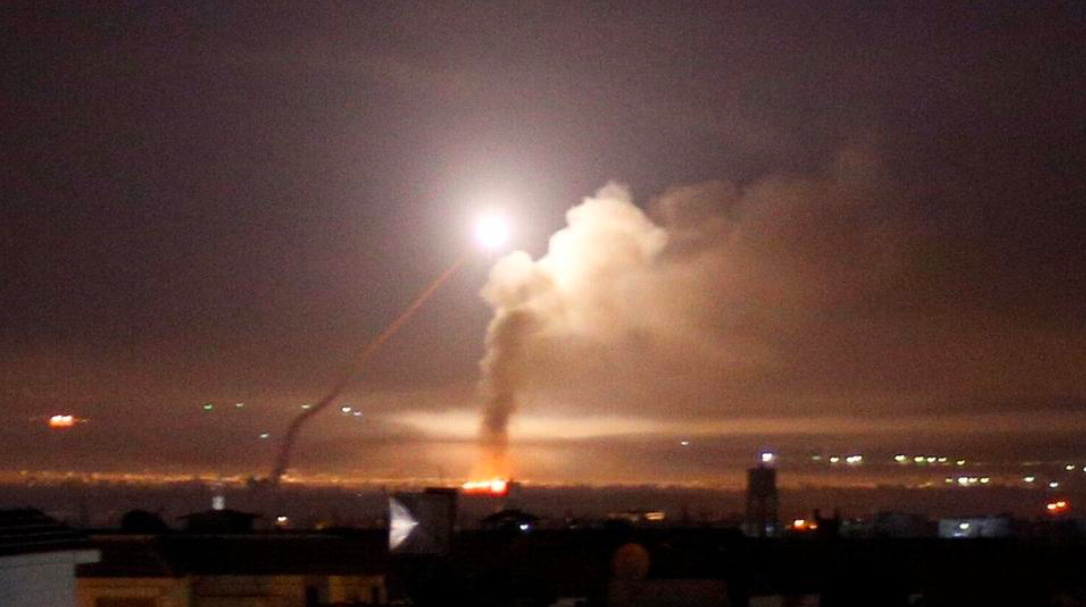 Earlier this month, the Iranian nuclear scientist Mohsen Fakhrizadeh was assassinated east of Tehran was shot by a remote-controlled machine gun operating out of another car, the semi-official Fars News Agency. He was the head of the research centre of new technology in the elite Revolutionary Guards and was a leading figure in Iran’s nuclear program.

Iran’s English-language Press TV reported that the weapon used in the killing of prominent Iranian nuclear scientist Mohsen Fakhrizadeh last week was made in Israel, the Islamic Republic’s longtime enemy.

In response to the strike, the Islamic Republic of Iran “directly” contacted Emirati Crown Prince Mohammed bin Zayed (MBZ) the following weekend and threatened that if attacked by the US, Tehran will retaliate against the United Arab Emirates (UAE), outlet Middle East Eye(MEE) reported on Monday.

Syria’s official news agency SANA said the attack occurred near the town of Masyaf and that the missiles were fired from Lebanese territory.

It said the strikes targeted the Iran-backed groups’ arms depots and facilities for manufacturing short-range missiles. The Associated Press said Israeli jets flew very low over parts of Lebanon before the strikes, including over Beirut, frightening some of the city’s residents.

The Syrian Ministry of Defense issued a statement saying Israel “launched an aggression by directing a barrage of rockets” from the north of the Lebanese city of Tripoli toward the Masyaf area. It said Syrian air defenses “confronted the enemy missiles and intercepted most of them.” Syrian war analysts generally dismiss the military’s regular claims of interceptions as false, empty boasts.

Israeli jets regularly violate Lebanese airspace and have often struck inside Syria from Lebanese territory. But the Christmas Eve flights were louder than usual, frightening residents of Beirut.

In the past few years, Israel has acknowledged carrying out dozens of airstrikes in Syria, most of them aimed at suspected Iranian weapons shipments believed to be bound for Hezbollah. In recent months, Israeli officials have expressed concern that Hezbollah is trying to establish production facilities to make precision guided missiles.

It is also clear that Israel is ramping up its attacks on Iranian targets following the Fakhrizadeh killing before the Biden administration comes in. Should Iran respond forcefully, it would act as an excuse for Israel to even launch an all out war.

Last week, the chairman of the Joint Chiefs of Staff, Gen. Mark Milley visited Israel to coordinate joint actions against Iran should it attack Israeli targets.

The Dolphin submarines are armed with a mix of very advanced weapons, including long-range ballistic missiles armed with nuclear warheads, according to foreign press sources.

As mentioned in a previous article, the Israeli government instructed the IDF to prepare for an American action against Iran, according to a report by senior reporter Barak Ravid at the Israeli Walla News outlet. This report said the IDF was instructed “to prepare for a scenario of a U.S action against Iran before President Donald Trump leaves the White House on January 20.” It also says Israeli Defense Secretary Benny Gantz has spoken twice in the past two weeks with Acting Secretary of Defense Christopher Miller.

Furthermore, army Chief of Staff Aviv Kochavi warned the Iranians on Monday that any action against Israel would prompt a harsh response, following threats from Tehran in the wake of the assassination of Iranian nuclear scientist Mohsen Fakhrizadeh in late November, a killing that Iran has blamed on Israel. This further stimulates rumours that Israel is trying to provoke Iran to make them attempt a response.