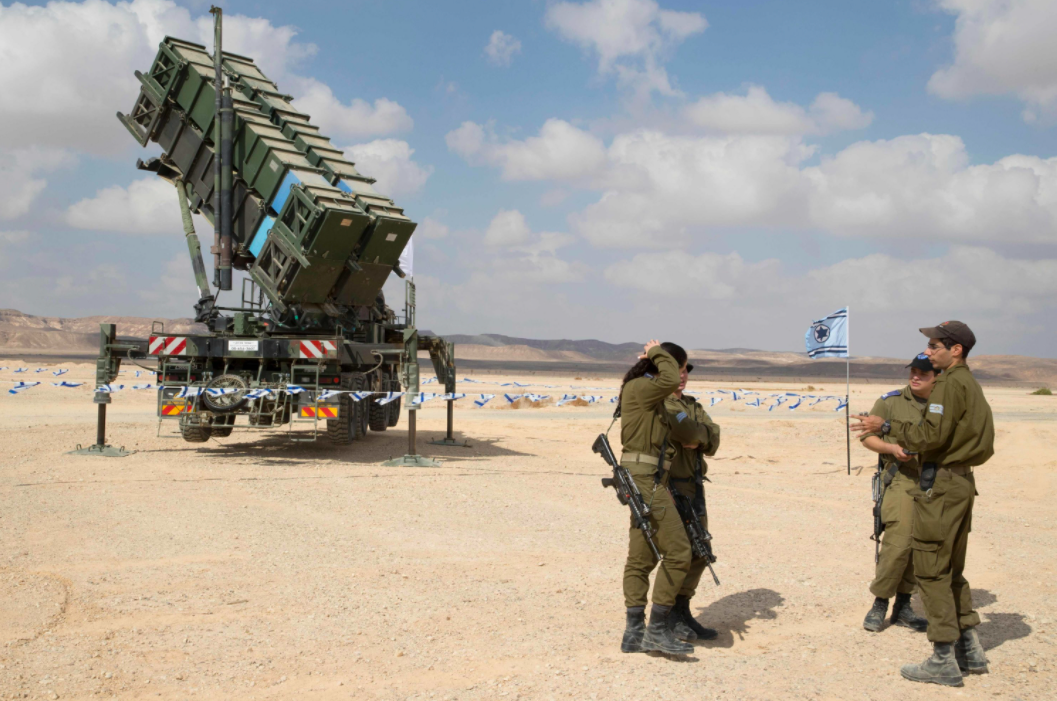 Israel’s military chief Tuesday warned the Biden administration against rejoining the 2015 Iran nuclear deal, even if it toughens its terms, adding he’s ordered his forces to step up preparations for possible offensive action against Iran during the coming year.

The comments by Lt. Gen. Aviv Kohavi came as Israel and Iran both seek to put pressure on U.S. President Joe Biden ahead of his expected announcement on his approach for dealing with the Iranian nuclear program. In Iran, leaders said they would not wait indefinitely for Biden to act.

The 2015 deal put curbs on Iran’s nuclear program in exchange for the easing of crippling economic sanctions. Israel strongly opposed the deal, saying it did not include sufficient safeguards to prevent Iran from developing a nuclear weapon. It welcomed the Trump administration’s withdrawal from the agreement in 2018.

“In light of this fundamental analysis, I have instructed the Israel Defense Forces to prepare a number of operational plans, in addition to those already in place,” Kochavi said.

“It will be up to the political leadership, of course, to decide on implementation but these plans need to be on the table.”

The comments were an apparent signal to US President Joe Biden to tread cautiously in any diplomatic engagement with Iran.

Biden’s predecessor, Donald Trump, abandoned the nuclear agreement in 2018 – a move welcomed by Israeli Prime Minister Benjamin Netanyahu, who criticised the sanctions relief it offered and warned of the likelihood of Iranian nuclear arms development after its expiration.

Secretary of State Antony Blinken said last week the United States was “a long way” from deciding whether to rejoin the nuclear deal with Iran and it would need to see what Tehran actually did to resume complying with the historic pact.

Could Israel oppose the US?

“A return to the 2015 nuclear agreement, or even if it is a similar accord with several improvements, is bad and wrong from an operational and strategic point of view,” said Kochavi.

Such remarks by Israel’s military chief of staff on American policy-making are rare and likely would have been pre-approved by the Israeli government.

Walla, an Israeli daily, wrote that senior Israeli government officials are currently displaying “symptoms of drug addicts in the rehabilitation process” after being “pampered” for four years by Trump.

“[Israeli Prime Minister Benjamin] Netanyahu’s fears are understandable and not surprising. The new administration of US President Joe Biden is trying to calm these fears a little. However, it is not clear whether it will succeed in that,” it added.

“In a congressional hearing, Secretary of State-designate Antony Blinken tried to send reassuring messages about the Iranian file, not only to the Republicans but also to Israel and the Gulf states, who in recent weeks have been urging Biden not to return to an agreement with Iran and that he must consult with them in advance.”

According to Walla, Blinken reassured America’s allies in the Middle East that returning to the nuclear agreement is a long process that will happen with their consultation.

Ministers of the Likud Party said earlier this week that the new US administration must not “appease” Iran, and warned Tehran that the Jewish state will not tolerate its military presence in Syria or accept its plans to build a nuclear bomb.

One of the more direct warnings came from Likud minister Tzachi Hanegbi , part of Bibi Netanyahu’s inner circle. He said Israel could attack Iran’s nuclear program if the United States rejoined the nuclear deal, as US President-elect Joe Biden has indicated he plans to do.

This is an unprecedented aggressive approach by Israel towards the US that could jeopardize ties with the Biden administration and lead to a breach in US-Israel ties. But is the US really looking to return to the nuclear deal?

Despite strong signs that Biden will re-open nuclear talks with Iran, there have been some recent signs, that Biden is continuing Trump’s aggressive approach towards Iran.

The US military said Wednesday it again flew a B-52 bomber over the Middle East “to deter potential aggression” amid tensions with Iran.
The B-52 flew nonstop from Louisiana’s Barksdale Air Force Base into the region earlier in the day. The plane went over both the Arabian Gulf, according to flight-tracking data.
While not mentioning Iran in its statement, Central Command said the flight was meant to “showcase the US commitment to regional security.”
The flights, the third-such operation this year, had become common in the last months of former President Donald Trump’s administration. Trump’s 2018 decision to unilaterally withdraw from Iran’s nuclear deal with world powers sparked a series of escalating incidents in the region.
President Joe Biden has expressed a desire to return to the deal if Iran honors the deal’s limits on its nuclear program, but this move casts doubt on these promises.

Furthermore, An Iranian commander has said that the Islamic Republic has the ability to sink US warships. The comments indicate a continuation of hostile rhetoric toward the United States now that Joe Biden is president.