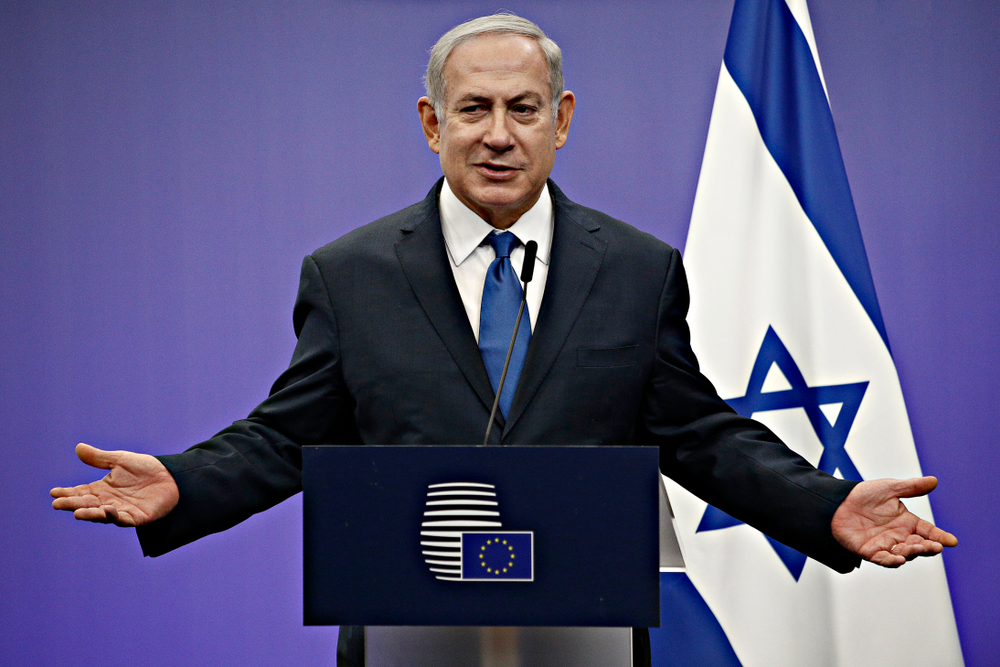 Israel’s army has demolished homes of nearly 80 Palestinians in the occupied West Bank. Eighteen tents that housed 11 families in the northern village of Khirbet Humsa were razed late on Tuesday.

A total of 74 people were displaced, more than half of which were minors, according to B’Tselem, an Israeli anti-occupation non-government organisation.

The bulldozers and diggers also demolished sheds used as livestock enclosures, portable toilets, water containers and solar panels, on top of confiscating vehicles and tractors belonging to some of the residents.

Palestinian Prime Minister Mohammed Shtayyeh called on the international community to intervene against Israeli troops’ attempt to “displace the citizens of Khirbet Humsa and tens of similar communities from their homes and lands”, pointing to the fact that Israel “chose this evening to commit another crime” as the attention is focused on the United States presidential election.

“This is a great injustice,” resident Harb Abu al-Kabash told the Israeli newspaper Haaretz. “We didn’t know they were coming and we didn’t prepare, and now we are facing rain.”

In a statement, the Israeli military body responsible for civilian affairs in the West Bank said the destroyed structures had been “built illegally in a firing zone”, or military training area.

Ocha said Khirbet Humsa, known as Humsa al-Bqaiaa in Arabic, was one of 38 communities fully or partially located within Israeli-designated “firing zones” and which constitute “some of the most vulnerable communities in the West Bank”.

Almost 800 Palestinians, including 404 minors, have already lost their homes in 2020.

The Organization of Islamic Cooperation (OIC) on Monday condemned Israel’s demolition of Palestinian dwellings throughout the West Bank which led to the displacement of dozens of families from their homes and lands.

“The action falls within the framework of the policies of ethnic cleansing, annexation and colonial settlement plans implemented by the Israeli occupation in the Palestinian territories,” the OIC said in a statement.

Underlining that the move violates international law and UN resolutions, the Muslim body called on the international community to put more pressure on Israel to end its violations and crimes across the occupied Palestinian territories.

“What happened does not serve the comprehensive and just peace process, called for by the Arab initiative based on the two-state solution and the establishment of a Palestinian state with East Jerusalem as its capital,” it stressed.

Furthermore, the European Union on Thursday called on Israel to stop demolishing Palestinian structures, including the ones funded by the 27-member bloc.

“The EU reiterates its call on Israel to halt all such demolitions, including of EU-funded structures, in particular in light of the humanitarian impact of the current coronavirus pandemic,” spokesman Peter Stano said in a statement.

He said that “such developments constitute an impediment towards the two-state solution.”

Despite these condemnations, it remains unlikely that any action will be taken to prevent this or hold Israel accountable, as demolitions have continued, throughout the year, without any opposition.

How will Biden presidency affect Palestine and Israel?

There’s a near-consensus among veteran diplomats and pundits in both the United States and Israel that the two countries won’t find themselves having major policy differences at least in the first few months of President-elect Joe Biden’s term. His priorities are firmly domestic – battling the coronavirus pandemic and stabilizing the economy. And even when he has a few moments for foreign policy, the climate crisis and China will top his to-do list.

However, few American elected officials have experience as long-standing or deep as Biden’s. In October 1973, the newly elected senator from Delaware visited Israel on his first official overseas trip and met then-Israeli prime minister Golda Meir.

The two had a long and intense conversation, focusing on Israel’s security issues on the eve of the Yom Kippur War. Biden would relate many aspects of the conversation he held with Meir and has described it as “one of the most consequential meetings I’ve ever had.”

This meeting, and countless others he has held with senior Israeli officials, have ensured that Biden sees himself a friend and ally of Israel, though a firm critic of some of its policies, particularly on the issue of settlements and the Palestinians.

During 1982, in a Senate hearing, Biden implicitly threatened to cut financial aid to the Jewish state if it continued to build Israeli communities in Judea and Samaria.

In fact, on security issues, Biden has always known very well Israel’s contribution to American defense and Western interests. In June 1986, Biden delivered an impassioned speech to the US Senate, when he declared: “It’s about time we stop apologizing for our support for Israel. It is the best $3 billion investment we make. If there weren’t an Israel, the United States of America would have to invent an Israel to protect her interests in the region.”

As President Barack Obama’s vice president from 2009-2017, because of his good relations with Israel, Biden was often dispatched to the Jewish state to relate the administration’s policies and expectations. On a famous visit in 2010, Israel announced the building of 1,600 new homes in Jerusalem over the Green Line. In just the first of a string of harsh reactions from the Obama administration, Biden pointedly arrived 90 minutes late to his scheduled dinner with Prime Minister Benjamin Netanyahu, and sharply rebuked the Israeli step.

Both Biden and Harris have strong records of support for Israel but are also not afraid to criticize the Israeli government  especially Netanyahu or policies they see as not advancing their idea of a peace process.

Nabil Shaath, the special representative of President Mahmoud Abbas, said the Palestinian leadership does not expect a strategic change in US policy towards the Palestinians, but getting rid of the era of Trump – which he described as “the worst” – is an advantage.

“From what we heard from Joe Biden and his deputy Kamala Harris, I think he will be more balanced and less submissive to Israeli Prime Minister Benjamin Netanyahu – thus less harmful to us than Trump,” he said. Hanan Ashrawi, a member of the Palestinian Liberation Organization’s (PLO) Executive Committee, said while the first step is to “get rid of Trump and the danger he poses”, she stressed Biden will not be a saviour for the Palestinians. “The restoration of the Palestinian Authority’s relations with the US after Biden’s victory is under discussion and evaluation,” she said.